In celebration of the 19th FIFA World Cup kicking off in South Africa on 11 June, we look at the Top 10 campaigns from some of the biggest global brands as they compete to be the best and most memorable this football season. 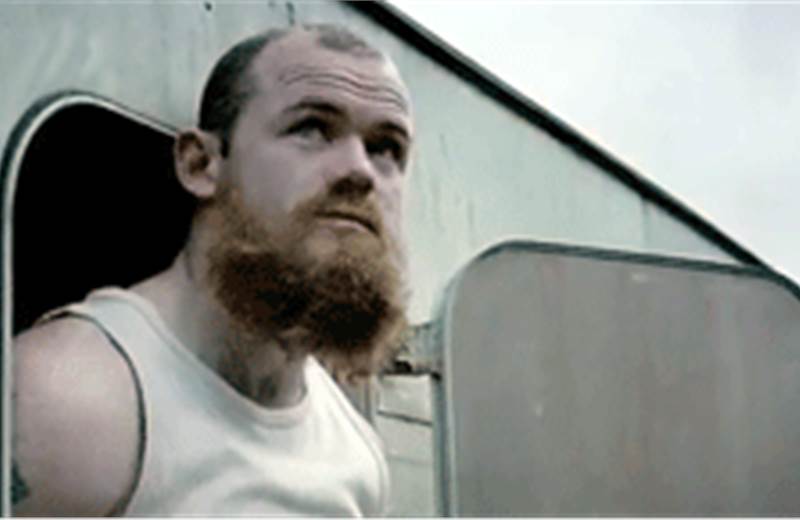 In celebration of the 19th FIFA World Cup kicking off in South Africa on 11 June, we look at the Top 10 campaigns from some of the biggest global brands as they compete to be the best and most memorable this football season.

Official partner of the FIFA World Cup Adidas takes a different approach in Japan with a series of animated comic book strips. TBWA Hakuhodo's senior creative director Kazu Sato created this viral project celebrating Japanese footballers Atsuto Uchida and Takayuki Morimoto. The first TV ad is ‘The feather leads to the revolution’.
However, the best part of this project is making FIFA meaningful to children. The agency asked schools and youth centres in 13 cities to create 13 giant comic panels. The full comic strip was gathered together on 25 May at the Haneda Airport to see the Japanese team depart for South Africa. See behind-the-scenes footage at http://adidas-skycomic.jp/
Coca-Cola reflects on the past in its first TV commercial ‘History of celebration’ for the World Cup. The company brings back Roger Miller as the first African player to score at the World Cup.
‘Quest’ is the title of the next phase created for online by WPP’s Argentinian agency Santo and production company Paranoid US. General creative directors Maximiliano Anselmo, Pablo Minces and Sebastian Wilhelm are behind the ad which features a boy apparently unaware of how to celebrate. The ad partners with YouTube in 90 markets and involves the public by asking them to upload their version of celebration. The entire campaign is said to be "the single largest marketing push the soft drink giant has ever run." Coca-Cola has been sponsoring the World Cup since 1978.
Sony announced on 8 April that it is offering 25 World Cup games in 3D. In the UK people are asked to trade in their old TV sets in order to experience the World Cup in full force.
Agency HS&P and Live & Breathe made this ‘Retirement home’ commercial for Sony UK which sees former English football managers Terry Venables and Graham Taylor still enjoying the World Cup in their old age. Stereotypically, the nurses all look as good as model Kelly Brook. To give the patriotic hearts of the British people a punch, ex-Scotland player Kenny Dalglish comes into the scene chanting for the ‘USA’ at the end of the commercial.
In addition to their global 'Go Football' commercial, Visa Europe also launched a TV ad titled ‘Evolution’ created by Saatchi & Saatchi London's executive creative director Kate Stanners.
The commercial features a chubby man inspired by a dance move during a football game. He sets out on his own to do the same, grabs his visa card and races on a mission through cities and countrysides until he reaches the soccer field and scores a goal.
Official World Cup sponsor Budweiser and agency DDB Chicago ends the rival war between Brazilian and Paraguayan footballers.
The love spreads contagiously across the world as people swop pets, wigs and more. A guy accidentally swops his Budweiser with a pretty lady in a bar which compels the bartender to save the day and give him a new one. The chief creative officer is Bob Scarpelli.
Nike never stops ‘just do-ing it’. They did it again with a ‘Write the future’ campaign by Wieden + Kennedy in Amsterdam taking viewers on a roller coaster ride. ‘Fame’ and ‘infamy’ is only a flip of a coin away. The campaign is released in 32 countries and created by co-creative directors Mark Bernath and Eric Quennoy.
This integrated campaign calls on footballers Didier Drogba, Wayne Rooney and Cristiano Ronaldo along with special guests Roger Federer, Kobe Bryant and Homer Simpson. The teaser was initially launched on 15 May showing an overweight Rooney living in a trailer.
CLM BBDO Paris debuted Pepsi's ‘Oh Africa’ a lot earlier than other FIFA related ads in March and it’s one of the first World Cup ads to appear on the top ten viral chart of Visible Measures.
Executive creative director Gilles Fichteberg created this viral campaign which racked up 512,243 views in a week. Pepsi this year is said to have spent up to $20 million on social media efforts. Akon is the voice behind the soundtrack.
ESPN’s campaign is titled ‘One game changes everything’. The first out of three commercials is titled ‘Robben Island’. Wieden + Kennedy New York's creative director Stuart Jennings created the campaign shot in a documentary format.
‘Robben Island’ explores what football means to the prisoners on the island off the coast of Cape Town in South Africa. The game brings hope to the inmates who received permission to set up their own football association in 1965.
The ad also features U2 and the Soweto Gospel Choir. The other two ads from ESPN are titled ‘United’ and ‘The power of 10’, which celebrates the unity of cultures.
Optus is traditionally known for its ads bringing the world of animals and mankind together. This time agency M&C Saatchi Sydney and ECD Ben Welsh created a ‘Secret training camp’ in preparation of the World Cup. The ad features Australian players Socceroos Tim Cahill and Lucas Neill.
The ad sees a young Soccerroos fan discover the training ground where players are engrossed in an intense practice session with fierce creatures like rhinos, crocodiles and elephants. The voice-over concludes that “With Optus behind football anything's possible”. Behind-the-scenes footage and downloads are available through the Optus football site.
Non-alcoholic beer Birell by Al-Ahram Beverages in Egypt, have created eight ads to ‘man-up’ football fans. Leo Burnett Cairo is the agency behind the commercial which implies football brings out the man in fans. The men are screaming and kicking like women when a voice-over suggests to “bring him back with Birell.” The men respond with: “Birell, the official sponsor of the Egyptian male.”