While pay is a big draw, other compensation such as stock options and bonuses are a key attraction too 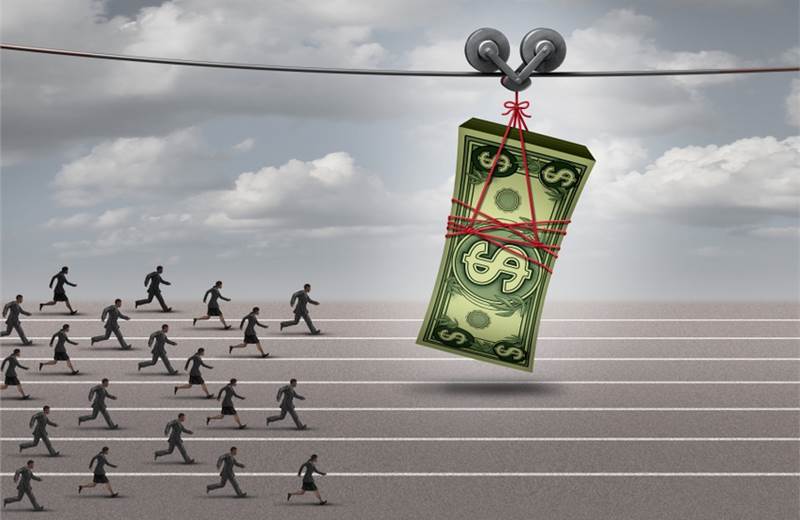 A surge in demand for tech talent—especially in the areas of data, ecommerce, and analytics—has led to an exodus of talent from networks and agencies to consultancies, platforms, and startups. Attracted by significantly higher pay, attractive stock options, and the opportunity to work on breakthrough technologies, talent are jumping ship at an increasing rate, say agency leaders and executive search companies.

In turn, agencies have limited options to match or exceed packages offered by these attractive compensation packages. Instead, they must manage soaring people turnover rates.

This has been a challenge brewing for some months now—our Agency Report Card writeups showed several agencies struggling with rising turnover, especially for tech talent. For example, DDB reported turnover doubled in Malaysia and was as high as 51% in China. DDB’s leaders revealed in a review call that China, especially Shanghai, was among the the most expensive for talent worldwide, even as it continues to grow its headcount there.

"The digital transformation on which so many companies are currently fixated has certainly exacerbated the problem for the marketing services industry," admits Gordon Domlija, CEO, Wavemaker Asia-Pacific. "Companies are looking for immediate solutions in the tech space, gripped with fear that they may fall behind their competition in this process."

The challenge for agency leaders such as Domlija is that the pool of tech talent is limited and this hiring frenzy has sharply inflated salaries for talent, often undeservedly so, say sources Campaign spoke to for this story. People with limited experience can command hugely inflated salaries as companies seek specific competencies to fill roles, they add.

The challenge for agencies includes finding expertise which has broad enough capabilities to go beyond purely the technical and into the tactical needs of marketers, says Richard Frampton, managing director, strategic solutions, Publicis Groupe North Asia. Then, there is the challenge of being able to provide an environment and culture which works for top tech talent.

The challenge for networks and agencies is that they have often groomed this talent in-house and invested both time and money to grow them through the ranks—only to seem them jump at the best offer on the table. "This is a market favouring talent over their employers," said a senior marketer at a Chinese tech platform who switched over from an ad network. "When I wanted to make a switch, I had at least three other offers on the table."

This person is not the only one giving up the legacy of old ad networks for the thrills and potential riches in the tech industry. According to six HR consultants and people leaders Campaign spoke to, large providers and consultancies, ranging from TCS, Accenture Song, to platforms such as Meta, Snap and Twitter are all hiring agency talent.

Then, until recently, a boom in the startup scene offered new opportunities for talent across adland. In the latest Forrester and WFA survey in partnership with Campaign, 40% of respondents said that martech/adtech skills were the third-most sought-after skill set, after digital business/ecommerce (57%) and data analysis and reporting (50%).

"This is no longer a battle for talent between media and creative agencies and for the best people in Malaysia or APAC," says Prashant Kumar, CEO of Accenture-owned Entropia. "Now, there is a battle for the best tech talent at a global stage."

Industry executives told Campaign that this surge in demand for tech talent was precipitated over the past couple of years when agencies saw their fortunes dip with Covid and in contrast, tech companies' business boomed.

"(Leaders) are telling us that the capabilities brands and advertisers require today to reach and engage consumers to drive their business growth are in high demand," says Helen Duffy, APAC CEO of executive search firm Grace Blue. "These might be skills in digital businesses and ecommerce, martech and adtech, data science and emerging technology."

A shift in pace and level

While the initial rush saw people from a range of organisational levels move, hiring more recently has been more measured and focused on junior roles, ranging from planners to senior managers. They tend to go across to tech companies of all sizes to work on the advertising side of the business focusing on agency sales. Some staff also sign up for marketing and business development roles.

According to HR and business leaders, it is difficult to keep the best talent tethered to companies, even when they pay competitive salaries and offer substantial perks. People may be keen to make the most of shifting industry dynamics, which may last no more than a couple of years.

Duffy adds that career trajectories may have shifted in the pandemic for tech talent. "We have been observing how The Great Resignation has really been a 'Great Recalibration'. More than two years of disruption and uncertainty have left people feeling overtired and burned-out at times," she contends. "Talent has been questioning real values and authenticity and have reassessed their employers based on human values versus revenues."

According to the senior tech platform executive quoted above, their workday was around 25-30% shorter after moving over from an agency network. "You don't have all the distractions that come with agencies and clients when you move out of an agency," they said. "This makes your work life more orderly, even if a tad boring after the rush and chaos of agency life."

Xiaofeng Wang, principal analyst at Forrester told Campaign: "Our survey found that mid-level managers have the highest intention to leave their current job in the next two years. (As many as) 50% said they are very likely to leave, compared to only 16% of directors/business heads who say so."

The people leaving are jumping not just because of tech companies' deep pockets, but also because agencies 'have short arms' contends Domlija of Wavemaker. "I mean, how can we compete against unlimited all-day buffets, gym memberships, child day care and spa sessions? If all you have ever known is agency life, some of the benefits (real and perceived) platform or client side can make it sound more like a Club Med than a workplace."

So, how can adland fight back, and should it? According to Entropia's Kumar, networks and agencies need to ring-fence their best talent with sandboxes, giving them access to the latest technologies and solutions and cleaving the roles that take them away from the red tape of agency life to let them focus on innovation.

While agencies often don’t have the financial means to compete on remuneration with large tech platforms and consultancies, they could try to build deeper relationships with their teams, empower them (and) allow them to share the successes of their organisation. "This is something established tech platforms and consultancies often can’t offer," contends Grace Blue's Duffy.

At Publicis China, people leaders have avoided significant spikes in people turnover, says Frampton. The network has done this by integrating tech specialists into their business teams. "We don’t fight on the basis of remuneration alone," he says. "We win based on ... our opportunities beyond narrow job scopes and our exposure to winning brands."

Much of this posturing is moot, some industry leaders contend, because this pandemic-driven rush for tech talent may be cooling. In fact, tech companies of all sizes, ranging from startups to large platforms such as Netflix globally and Alibaba in China, may be having growth pangs of their own.

In contrast, networks such as WPP and Publicis, which lost a raft of top talent over the past two or three years to these tech firms, may have regained some of their lost lustre (and talent) as the reality of operating in a more normal world sets in.

(This article first appeared on www.CampaignAsia.com)