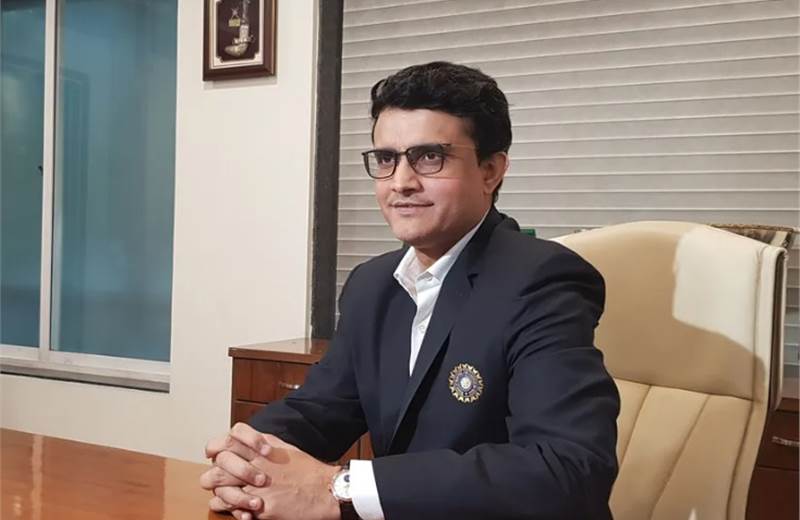 Last week, India’s cricketing legend and the current president of the Board of Control for Cricket in India (BCCI), Sourav Ganguly, suffered a heart attack that resulted in an angioplasty. While fans from every corner of the country wished ‘Dada’, as he’s fondly known, a speedy recovery, some others immediately got to work creating memes mocking Ganguly’s association with Adani Wilmar’s Fortune Rice Bran Oil.
While one would assume that a heart ailment is completely beyond one’s control, several netizens took to social media to mock the veracity of Fortune’s claims around the oil aiding in boosting heart health. Resultantly, Fortune has temporarily withdrawn all ads featuring Ganguly but has claimed it will not terminate its brand association with him. Also important to note is that the sports icon has been under pressure to join politics in West Bengal, an outcome that has various political parties divided based on different agendas.
According to media reports, this unfortunate backlash has Fortune reiterating its brand claims to distance itself from Ganguly’s heart attack. A brand spokesperson has been quoted as saying that the oil isn’t a ‘medicine’, and that heart ailments are a factor of several lifestyle factors – from a healthy diet, stress, sleep cycle and everything else in between. Needless to mention, the brand stands firmly by what it promises for heart health.
Campaign India spoke to a few strategists to understand what could be in store for Fortune once Ganguly is ‘back at work’ and how brands, particularly in the health space, should navigate brand ambassadors and their unforeseen health problems.
Fortune’s possible roadmap
Narayan Devanathan, CEO, dentsu Solutions, believes that the brand will take the ‘science’ route to keep away the oil’s association with Ganguly’s heart attack. And possibly focus on repeating that the choice of cooking oil is just one factor in health ailments in any person, and not just Ganguly. “The brand might also try to keep the spotlight away from any political ramifications of the company behind the Fortune brand. In all likelihood, this will blow over in under 48 hours and the social media outrage factory would have moved on to something else,” he observes.
For Fortune, the key is not to confuse the brand ambassador with the communication strategy. The latter needs to be far more robust in the long-term and simultaneously offer the flexibility to change course if needed.
Navonil Chatterjee, joint president and chief strategy officer at Rediffusion, says the process of signing up a brand ambassador is usually monetary and salience-led. Having said that, the commitment never is one-sided, and Chatterjee believes that the brand should stick with Ganguly and make a great comeback with him.
He says, “Fortune should release the complete diagnostic truth of what ailed Sourav; a cooking oil cannot reduce your stress, and stress can lead to heart attacks. And there are enough reasons for stress in a BCCI president's life!” Chatterjee thinks this is a great way to rest any misgivings that just Ganguly’s cooking oil was responsible for his ailment. “I can imagine Sourav's beaming face in that commercial, saying “Thank god, Fortune was on my side!’” he adds.
Learnings for health brands
Brands in the health and wellness space now have something to think about when it comes to their choice of brand ambassadors. Harish Bijoor, brand strategist and founder, Harish Bijoor Consults, says this could happen to anyone. Having said that, he has a solution. “Do not use brand-endorsers who are alive for the oil category at all. Use a brand mascot instead. A mascot, one that you draw out and animate, is never going to be a brand liability. A Fido Dido can never suffer a human ailment,” he simply says.
“Especially in the health and wellness space, I’d argue that brands should choose those who are not just endorsers or influencers but actual users whose endorsement is backed by a lived positive experience of the brand and its contribution to their lives,” believes Devanathan. One would agree, considering it is quite literally a matter of life and death.
The after-effects on 'Brand Sourav Ganguly'
Apart from Fortune’s Rice Bran Oil, Ganguly also endorses the brand’s soya nuggets and mustard oil brand in West Bengal. Additionally, he is also the ambassador for other brands such as ITC Classplus, My11Circle, Puma and DTDC Circle, to name a few. Does the backlash affecting Fortune have a Domino effect on the other brands he endorses?
Chatterjee is of the firm belief that the entire episode has been orchestrated by Adani’s rivals. “This has been nothing short of gross opportunity marketing by pulling your competition down with the collateral damage of a national icon's credibility and image in the process. While it has the potential to negatively affect Sourav's brand value I just sincerely hope that the junta sees through this and stands behind Sourav one more time, seeing this as a case of genuine misfortune.”
Devanathan doubts that Ganguly’s health issues and the resultant backlash will negatively cascade into his other endorsements. “There may be other factors that could affect his endorsements—like a conflict of interest or his political dalliances, but health hazards are accepted by people as being beyond one’s control,” he believes.
Ganguly’s brand value has evolved before the public’s eye, from cricketer to captain to commentator to administrator. “And he’s carefully constructed his story over time,” Devanathan says. “Not to sound uncharitable to them (I’m sure they are fine individuals), but to cross celebrity genres, he’s not an Armaan Kohli or Harry Baweja whose minuscule brand equity (to begin with) could be affected by every vagary that came his way,” he closes.