Media.Monks will offer clients one front door to walk in with flexibility to tap into capabilities and subject matter experts across the group 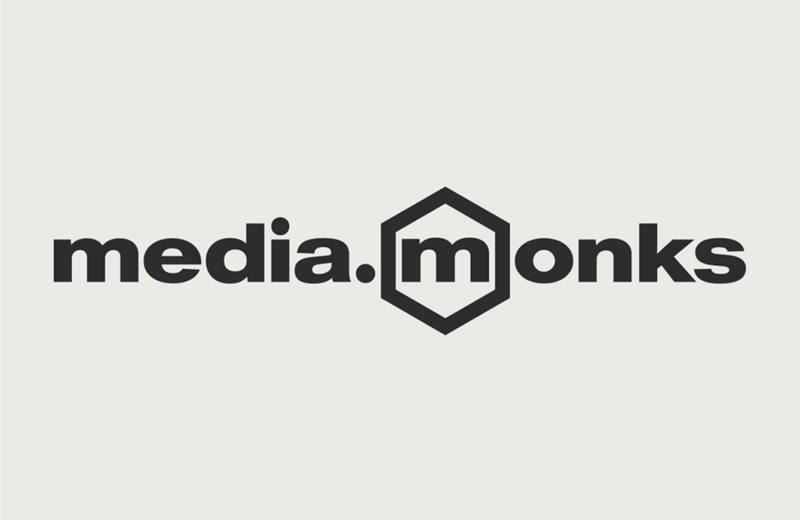 Sir Martin Sorrell’s S4 Capital has merged with agencies around the globe since its launch in 2018 under its two banner brands: MightyHive for data and technology and MediaMonks for content.

That’s changing. On Tuesday, S4 said it will merge MediaMonks and MightyHive under a single name, Media.Monks, fulfilling its promise to go to market as a unitary brand. S4 will maintain its brand for the investor community and will continue to be listed as S4 Capital on the London Stock Exchange.

Rather than smashing together a bunch of acronyms, as holding companies are wont to do (and as company executive joked about doing on LinkedIn in advance of the announcement), S4 decided to stick with the well-known Media.Monks name. It will retain MightyHive’s hexagon branding in its logo to represent the six practice areas clients can tap into across the group: countries, core, client, categories, capabilities and corporate.

“The idea is, you take MediaMonks, put a dot in between, and it creates the flexibility to have Media.Monks, Data.Monks, Tech.Monks, Content.Monks,” said Wesley ter Haar, MediaMonks co-founder and executive director at S4 Capital. “It's a play on the brand, with flexibility built in. The fact that we can now have everyone show up with the same label and brand is meaningful”

The rebrand sits in front of a new 'API' operating model, which offers clients the ability to tap into cross-functional teams and subject matter experts across disciplines. The term API (application programming interface) is borrowed from software development, where it means a protocol or set of commands used to make a system's resources easily accessible to outside systems. The model unifies 6,000 people across 57 talent hubs in 31 countries under a single P&L and brand.

The single P&L, which S4 used before, allows clients to “tap into any part of our organization without any P&L or attribution restrictions,” ter Haar said. “The moment any [agency or] team joins our company, the capability becomes available to our clients.”

While holding companies have played around with similar models in the past—Publicis Group’s Power of One and IPG’s open architecture are two examples—the difference is S4’s ability to execute on it, said Sorrell, founder and executive chairman of S4 Capital.

“Clients have basically expressed surprise that we’ve managed to get to this position that others promise,” he said. “It’s really creating one point of access to the whole organization.”

S4’s plan to operate under a single brand has been on the docket since its first board meeting.

“The objective is to create a new model and disrupt the old,” Sorrell said. “[The holding company model] has been in existence for 70 years. Trying to create a structure that is more attuned to a 24/7, always-on world, is key.”

After integrating 11 companies into both MediaMonks and MightyHive each, S4 wants to grow its footprint in technology services, which will fit under the new Media.Monks brand structure. None of S4’s mergers have been done on an earn-out model, typical of holding companies, but instead are based on current and future valuations, which gives founders incentive to stick around longer and invest their time and energy in the cross-discipline brand.

In LinkedIn posts by executives, the company joked about the industry's fondness for initialisms in post-merger company names.

“The holding companies would say, ‘Join us, get access to resources and carry on doing what you’re doing,’” Sorrell said. “The Achilles heel is it creates too much fragmentation and too many silos.”

In addition to creating a simpler brand, the unified agency will operate on standard software systems, share back-office resources such as HR and finance and operate from the same career development blueprint.

“We have a lot of folks that either specialize in [certain] platforms or media, but they want to broaden their horizons and work on different accounts,” said Chris Martin, Media.Monks co-founder and COO and co-founder of MightyHive.

As Media.Monks grows—it’s evaluating merger propositions, but declined to share more details—it’s debating whether to add more upstream, strategic capability to its arsenal of digital, data and technology services. But according to Sorrell, clients are thinking much more short-term as they try to rebound from the worst of the pandemic. “Whether it continues in a post-pandemic world, if there is such a thing, we shall see,” he said.

Media.Monks is also looking to bolster its capabilities in interactive content, such as the metaverse, as well as in media.

Regardless of how clients spend, Sorrell said he is “a raging bull, if you like,” about the ad market, as U.S. GDP is set to grow 5% to 6% this year. Any changes to client appetite to spend due to the Delta variant will just push growth into the following year, he added.

“What I do worry about is in 2023, the rubber hits the road,” he said. “From an economic point of view, it will get more difficult because we have to pay for all this fiscal and monetary stimulus.”