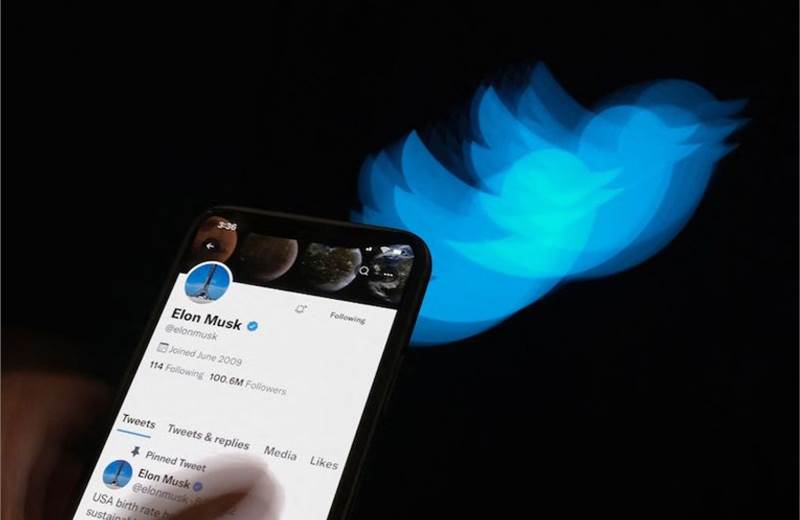 Diversity groups have raised concerns about the safety of minorities on Twitter now that Elon Musk has taken over ownership of the social media company.

The tech billionaire promised aggressive changes to Twitter when he first announced his intention to buy the firm in April, including relaxing content moderation and reversing bans on accounts suspended for inciting violence, including the account of former President Donald Trump.

Musk sought to temper advertiser concerns about his free speech stance on Thursday as his takeover was being finalized, tweeting the platform “cannot become a free-for-all hellscape.” Advertisers fuel roughly 90% of Twitter’s revenue and have threatened to pull spend if safeguards are dismantled.

But right-wing commentators are mobilising now that “The bird is freed,” as Musk stated. Matt Walsh, a right-wing political commentator who recently organised an anti-trans rally in Tennessee, promised to “ramp up efforts” now that Twitter was “liberated.”

We have made huge strides against the trans agenda. In just a year we’ve recovered many years worth of ground conservatives had previously surrendered. The liberation of Twitter couldn’t have come at a more opportune time. Now we can ramp up our efforts even more.

There are also concerns that internal diversity could be deprioritized at Twitter given Musk’s record. His electric vehicle company Tesla let go of two DE&I leads in June as part of a round of layoffs. Tesla has faced several racial discrimination and sexual harassment lawsuits over the past year.

A group of media watchdogs and advocacy groups for women and queer people have formed a Stop the Deal coalition that aims to highlight the dangers of Musk’s Twitter takeover.

Campaign US asked coalition members for their thoughts now that the deal has been finalised. They said they believe marginalised communities are now at risk of escalating harassment and violence on Twitter. They have called for advertisers to use their influence to ensure hate speech is addressed and previously banned accounts are not reinstated.

See their full responses below.

GLAAD is a media-monitoring organisation that accelerates acceptance for the LGBTQIA+ community through entertainment, news and digital media. It’s one of the founding members of the Stop the Deal coalition, an organization of media watchdogs and advocacy groups for women and queer people focused on highlighting the dangers of Musk acquiring Twitter.

A spokesperson for GLAAD said: “Social media is already an unsafe place for LGBTQIA+ people, and Musk’s takeover of the company is troubling given his history of defending harmful anti-LGBTQIA+ content.”

UltraViolet is a national advocacy group focused on fighting sexism and ensuring women are accurately represented across politics, media and pop culture.

Bridget Todd, communications director of UltraViolet, said: “At a time where violent threats, hate speech and disinformation are continuing to spread rapidly across social media platforms — despite their best efforts to state the contrary with bogus ads — it’s clear that billionaires like Elon Musk and Mark Zuckerburg are just getting started. Musk has commented on the record that he does not believe any Twitter posts — however factually inaccurate, violent or inflammatory — should be prohibited on Twitter, so long as they are ‘legal.’ His acquisition of Twitter just opened Pandora’s box.

“By purchasing Twitter, Elon Musk is poised to reopen the floodgates of widespread harassment and threats of violence, especially against Black women, women of color, and transgender people.

“We believe Musk will abandon Twitter’s community standards, which took years to establish, and currently provide recourse to ban users who violate those terms. This is a massively slippery slope that could set a dangerous precedent for other social media platforms to follow suit.

“We urge Musk, Twitter executives, the board of directors, and Twitter advertisers to continue enforcing a ban on Donald Trump as well as violent right-wing extremists and white supremacists. Additionally, we will continue to demand more vigilance about removing racist and misogynistic disinformation and those who knowingly spread it.

“Absent urgent action from Congress, social media platforms will continue to pose a danger to the American people and our democracy. With Elon Musk at the helm of Twitter just two weeks ahead of the midterm elections, it’s likely the worst is yet to come.”

SumOfUs is a global nonprofit advocacy group that fights to hold corporations accountable on issues such as climate change, worker’s rights and corruption. A recent campaign pushed for reducing misinformation on social media.

Vicky Wyatt, campaign director of SumOfUs, said: “Big tech billionaires like Musk and Zuckerberg are destroying our democracies in the pursuit of profit and under the guise of free speech. In just hours of this deal going through, right wing extremists are clamoring to get back on the platform to spew vile hate speech and toxic conspiracy theories. If there’s one thing we’ve learnt in the past few years, these arrogant tech execs can’t be trusted to moderate these platforms — we need regulators to step in.”

Accountable Tech’s mission is to hold tech giants accountable with campaigns that seek to ban surveillance advertising, crack down on monopolies and ensure election safeguards on social media.

Nicole Gill, cofounder and executive director of Accountable Tech, said: “Today is an ominous day. Elon Musk is an erratic billionaire who has promised to rollback critical safeguards, replatform users who have repeatedly incited violence, and provide a megaphone to extremists who traffic in disinformation — and he has just been given carte blanche control over one of the world’s most powerful communications platforms.”

The Center for Countering Digital Hate conducts research to shine a light on the spread of online hate and misinformation across tech platforms.

Chief executive Imran Ahmed said: “Musk thinks the world needs a new billionaire savior, but the way to have better social media is more democratic accountability, not less. He has promised he won't allow Twitter to ‘become a free-for-all hellscape,’ but he has consistently failed to understand the freedom of speech does not mean the freedom to abuse, which pushes women, people of color, members of the LGBTQIA+ community, and other marginalized groups out of online spaces.”