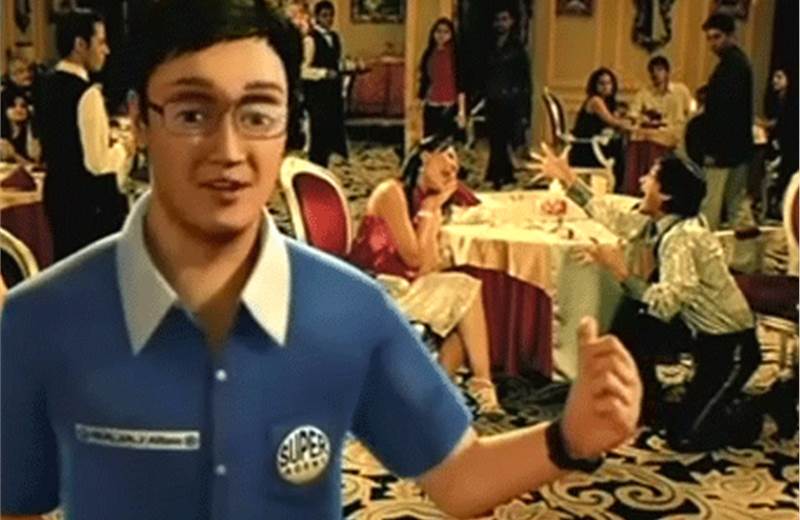 Bajaj Allianz's new campaign suggests that consumers can take care of their responsibilities in life, by passing on the worry factor to the company.

WATCH the TVC (story continues below)

In the TVC, a young man is ecstatic when the girl he loves agrees to marry him. But the frame freezes on his expression, and the animated character of the Bajaj Allianz Super Agent says that that happened because the young man realised the various responsibilities that would follow, after his initial happiness - such as the wedding expenses, purchase of a new home, birth of their kids and so on. He ends by saying that as Bajaj Allianz has insurance plans for the responsibility that every stage of happiness brings, people can 'Jiyo Befikar [Live worry-free]'.

The campaign is said to be based on an insight which suggests that life becomes richer when there is a sense of security and peace of mind.

Akshay Mehrotra, head-marketing, Bajaj Allianz, said, “Based on this insight, we talk about how we can gift our customers a sense of longevity to their happiness at every stage of their life by sharing the responsibility of their financial burden, that is accompanied by any happy or carefree moment. We have a wide portfolio of products to secure the responsibility at each life stage.”

Rajiv Sabnis, president, DDB India, said, “The creative expression of this campaign makes the connection in a light-hearted manner by magnifying the two-sides of enjoying responsibility. For the first time, the Super Agent is part of people’s lives, decoding their state of happiness and prescribing a way out of the accompanying worries. The campaign is a bold attempt to break the category sameness and hopes to persuade Indians to prolong their state of happiness by covering it with Bajaj Allianz insurance policies at various life stages.”

Rajeev Raja, national creative director, DDB India, added, “We struck upon the idea of using a quintessential middle class Indian character and his dreams. In a humorous way the idea depicts that there are always two sides to life, one the happiness of achieving your dreams and the second, the responsibilities that come with it.”

Besides television, the campaign will be released on other media as well.