Profile: “At 23, I was strategising with Rupert Murdoch” 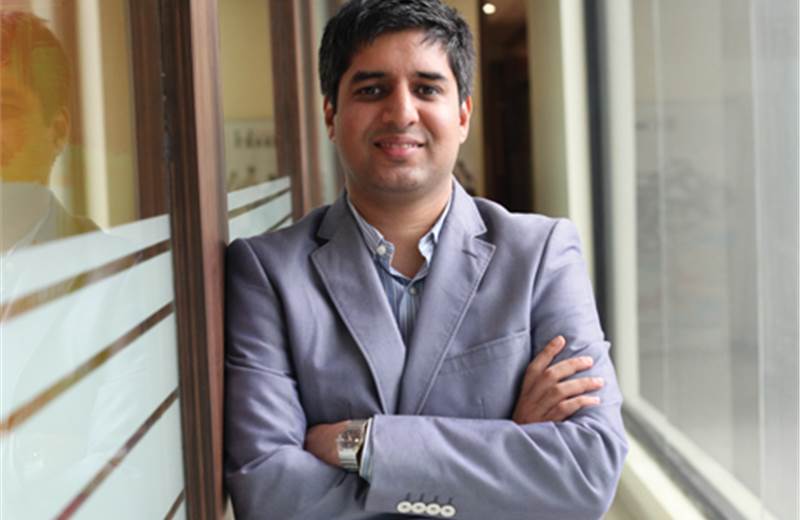 Love, Spark and Prime were just words till Reliance Broadcast Network Ltd (RBNL) tied up with CBS International and India got its very first set of English GECs categorically meant for women, youth and male audience. And the man at the helm of these channels is Tarun Katial. If you were to address him as an omnipresent media man, it might not be a complete exaggeration. After all, Tarun Katial, chief executive officer, RBNL, has spent the last 14 years of his career dabbling with media in different roles. He started off as a media planner in advertising, and worked with agencies like Saatchi & Saatchi, Ogilvy & Mather and Enterprise Nexus.

When Katial graduated with an MBA in marketing in 1997, he was clear that he wanted to do something ‘different and exciting’. He reminisces, “Advertising was a unique career option at the time when I graduated. Media planning was quite nascent. I still remember how data was not even present in a digital form and we used to look at books with rulers to calculate TRPs.”

It was almost a single-channel environment back in 97,  primarily dominated by shows on Doordarshan. Zee TV had just entered the game. So when satellite television was finding its feet in the country, Katial decided to venture into media planning to understand the business of media. To further justify his inclination towards the discipline, he quotes a statement which he believes he uses way too often while talking to media, but that’s because it’s the truth. “One of my early mentors, Madhushree Ramani taught me that numbers are good but they must be able to talk to you. It gave me a sense of understanding trends and market share. It gave me a better understanding of why consumers behaved the way they did”,  he recalls.

Luckily for him, the part of understanding consumer behaviour was never far from ‘different and exciting’. At Saatchi & Saatchi, Katial was handling diaper brand, Pampers from P&G. “I would go to gynaecologists, mothers, and expecting mothers and talk about their insights and usage patterns for diapers. It was quite an experience considering how young I was, and how having kids was nowhere in the list of things I’d think of having at that point,” he shares. When he moved to O&M, the category moved with him and he found himself handling media planning for Huggies and Kotex. He chuckles a bit while talking about his team which comprised of four women and him. “Sangeeta Pendurkar, who now heads Kellogg’s India, used to be the brand manager of Kotex at that time and we used to discuss female hygiene at length. I spent several sessions understanding the brand, its needs and issues around it,” he adds.

During his media planning days, Katial was involved in the ‘Kodak moments’ campaign which bagged one of the first Media Lion at Cannes. At Enterprise Nexus, he was a part of Raymond’s ‘The complete man’ campaign where he worked with Anand Halve and RajivAggarwal.

Then he moved onto television, and joined Star TV, in order to have a closer impact on media. “I spoke to Peter Mukherjea, he immediately put me to Sameer Nair. A new team was being formed at Star Plus post Rathikant Basu and I was included in that team. It was an exciting phase, the relaunch of Star.  At the age of 23, I got to interact with Rupert Murdoch, and discuss strategies with him. I worked on some of the best shows the country has seen, like Kaun Banega Crorepati and Kyunki saas bhi kabhi bahu thi.

When Star gave him an opportunity to move to Hong Kong to do an Asia role, he wasn’t ready to move out of India, so he moved to Sony. The channel wasn’t doing well for a very long time, he recalled. He brought in newer formats like Jassi jaisi koi nahin, relaunched CID, Crime Patrol,  Indian Idol, Fame Gurukul and then Khatron ke Khiladi (KKK). He claims that the ratings KKK got at Sony have been its highest ratings so far. He commissioned Big Boss for the channel before calling it quits at Sony.

In 2006, he took a plunge into the audio medium and launched BIG FM under the aegis of RBNL. Says Katial, “Radio makes you locally omnipresent, it allows you to understand your local consumer on a very basic level. When you do television sitting here in Mumbai, you tend to generalise the whole country, but in radio, you get the opportunity to understand the world out there.”

Ask him about the innovations he brought to the radio channel and he replies, “We introduced lots of things, last one being radio play shows called yaadon ke idiot box. Radio is a live medium and your ability to innovate in radio and the cost and timeline involved in innovating is far different than television. Television requires far more planning; far more resources, monetary aspects and the risks are far higher whereas radio is a lot more dynamic.”

Though television and radio continue to be the major growth areas for RBNL, in his effort to make BIG a bigger media entity, Katial ventured into OOH with BIG Street; experiential marketing with BIG Live; and in the digital space with BIG Digital.

Katial adds, “The media scene evolves every year. It is more fragmented now; the consumers are more discerning, and far more unforgiving. You have got to up the ante and move ahead more than ever before. It’s exciting primarily because you got to continue to be able to be relevant to them, stay in touch with them and I love doing it every day.”

With that drive, Katial aims at exploiting the best opportunities in integrated media by focussing on Phase-III of radio, their new television business and the OOH platform. He is also looking forward to exploiting the Mumbai metro installation to the best. But for the time being, he just wants to make his organisation the best place to work in.

Where do you live Close to my office

How do you relax I’m a big follower of a form of meditation called Vipassana. I meditate almost every morning.

Reading involves Lots of Buddhist literature and books of Dalai Lama and some management reading.

Can’t leave home without Saying bye to my wife

Always in your fridge Apple juice

Mantra for life I think staying in the present is the best world to be in.