The panel arrived at a unanimous decision that there was no war for content in a space, where there is ample opportunity for everybody. So how will the scenario pan out? 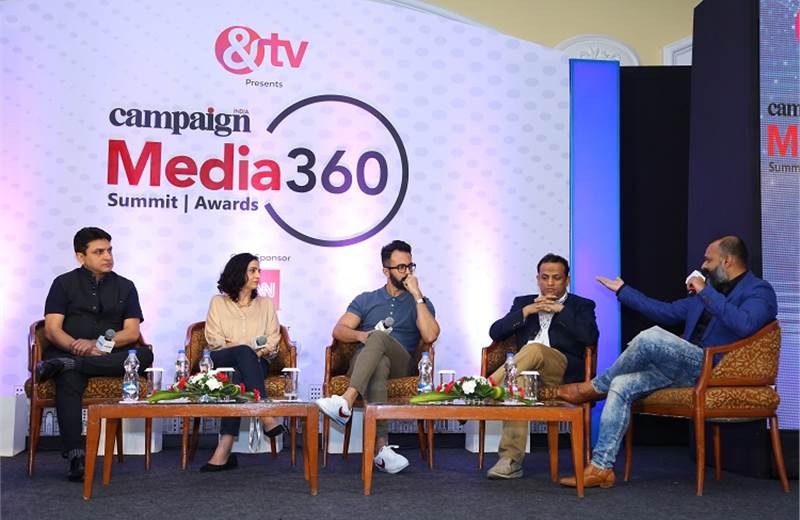 Shekhar Banerjee, managing partner, Wavemaker India moderated what he called one of the biggest panels of the day on the war over content largely triggered by the Netflix Amazon invasion and how the OTT players and legacy broadcasting business would respond.
“War happens when there is a limited resource,” said Kumar Deb Sinha, EVP, The Story Lab, adding that in a country of more than a billion people there were enough and more viewers for everybody to tap into. “It is an opportunity for everybody to understand who’s their audience and then reach out to them with the right content.”
Varun Duggirala, co-founder and content chief, The Glitch, said that there is so much of content out there and figuring out what do we get rid off, would be the focus. “It’s a great time if you are a good creator. Interesting time if you are a platform,” he said adding that companies like his were occupying the sweet spot in between.
Monika Shergill, head - content, Viacom 18 digital ventures said that we missed out on the best times from American screens over the last decade and a half as we were busy with our soap operas. “We were telling the same stories in a formulaic fashion, over and over again. OTT has over the last 18 months exploded on the scene and offered a great chance to creators.”
She added, “We can never be too rich or too thin, right. Similarly, you can never have enough of good content.”
Ashish Sehgal, chief growth officer, ZEEL, said, “Consumers sit at the heart of the content and will always be there in the future as well. The different modes of distribution of that content has brought the power of creating content in the hands of consumers.” He added that earlier we were restricted by the pipe and only whatever masses wanted was getting produced. Now with various forms of distribution, we can ensure that we reach a niche consumer set.
In the US, cord cutting is a huge trend said Banerjee. Is this already happening in India was his poser to the panel. Sehgal responded that the dynamics of the market were very different. In the US, the content was in one language and cable operators offered packs that were way more expensive than what Netflix and Amazon offered. “It’s the economics of it that drove cord cutting in the US. Here it’s exactly the opposite,” he said.
While there must be cord cutting at a very niche level, the number of cords getting connected were probably 10X of that, was his point of view.
Banerjee shifted focus to the point that nearly 81 per cent of the viewership was being controlled by the advertising based platforms (AVODs) compared to global studies that indicate that SVODs (subscription based services) will capture 43 per cent of the market.
Duggirala of Glitch said that India as a market was habituated to getting content for free or a heavil subsidized rate hance subscription will take time to grow. Shergilladded that AVOD will be a viable growing business but SVOD will rapidly pick up pace because of the kind of content that people are demanding and getting. The difference between local OTT players AVOD is going to be a very robust business.
Sinha added that people will increasingly stop paying for a platform but for a programme or a property. We are value conscious but if premium content available the audience does not mind paying for it. Even in the AVOD platform advertisers will start contributing more than what they are paying today.
Banerjee said that a baby Netflix was having nearly one million subscribers and a turnover of Rs 600 crore in India, while AVODs were riding the wave on the back of free data offerings from telecom players. What if the free data stopped? Duggirala was of the firm opinion that the free data would not stop as there were many offers being driven on top of that. “The future will be freeish data, where consumers won’t mind to pay for the ish,” he said. Shergill adds that India is on the cusp of a second Jio revolution.

Olx Autos gets The Glitch as AOR