Essar Group, a multinational company that operates in sectors like steel, energy, power, communications, shipping and logistics, has unveiled its new corporate campaign. Titled 'Let's Begin', the communication has been developed by Ogilvy India and aims to narrate the brand's story and communicate its philosophy. 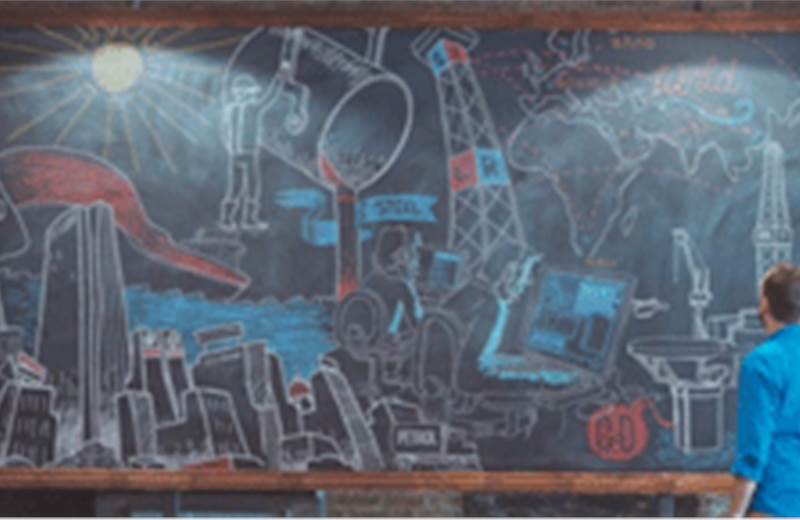 Essar Group, a multinational company that operates in sectors like steel, energy, power, communications, shipping and logistics, has unveiled its new corporate campaign. Titled 'Let's Begin', the communication has been developed by Ogilvy India and aims to narrate the brand's story and communicate its philosophy.

Commented Rewant Ruia, director, Essar Group, "We are amongst India’s larger conglomerates today, with operations in more than 20 countries across five continents. We employ 60,000 people across our various businesses. As we make forays into newer business areas and geographies, it is imperative that our brand, becomes more visible in the public domain. And hence, the new campaign."

The commercial aims to convey the size, scale and diversity of the Group in a simple manner, with a man drawing up images of the Group’s different verticals on a blackboard.

Speaking to Campaign India about his experience with brand Essar, Anurag Agnihotri, creative director, Ogilvy India said, "It's refreshing to work on a giant like Essar who is open to trying something different. From the very beginning of the campaign, they have been firm on their communication philosophy and that has given us the time and space to zero in on the best idea for the brand. This is one of the largest business groups in India but not being mostly consumer-facing, the common man doesn't know about their businesses as much as the company would like him to. So that was what we were trying to address and it's
been very rewarding."

About the brief received from Essar, Agnihotri said, "The brief was simple. Essar wanted us to showcase their scope  and size to the larger audience. But despite being such a huge conglomerate with stellar achievements, they don't believe in shouting from the rooftop. So we came up with the articulation, "Every achievement is not the end of a journey. It's beginning of a new journey". And therefore, "Let's begin". That also happens to be their driving thought."

In order to execute the TV campaign, Ogilvy India brought on board “The Mill”, an Oscar award-winning visual effects company.

Says director and composer McBess of The Mill, “The initial script described animated doodles in a notepad, which appealed to us and our animation style.”

During the treatment process, McBess developed the idea further and decided that to use chalk on a large blackboard would offer more texture and give the film an interesting feel. Using 3D-generated chalk animations to add parallax provided another level of interest, in his opinion.

Apart from television, the campaign will use outdoor as a medium.