How should the media industry approach decarbonisation?

Advertisers have started prioritising their media investment with publishers and platforms that are actively decarbonising their media supply. But there are many roadblocks such as buy-in from the industry and measurement 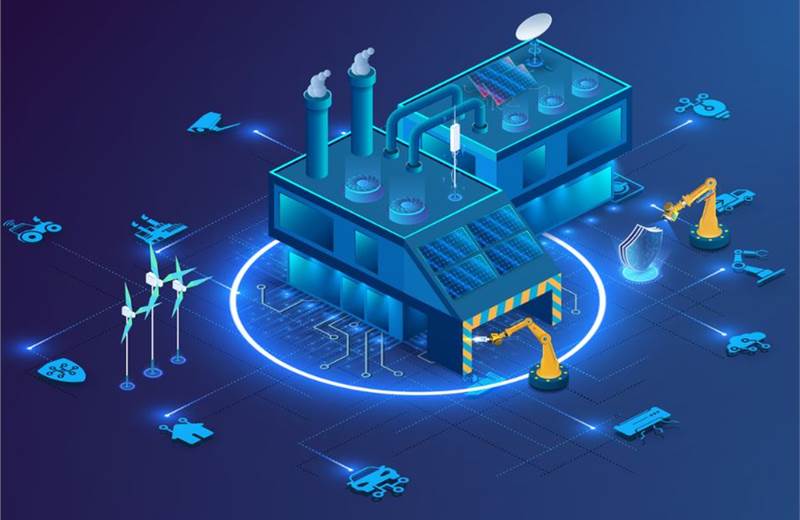 Advertisers' efforts to decarbonise their media supply has seen key players in the industry launch solutions that they claim have a scalable approach to carbon measurement to accurately track, report and reduce the carbon footprint of all media channels.

For example, Swedish tech company SeenThis, WPP's GroupM with Good-Loop, and DoubleVerify with Scope3 have all developed frameworks, formulas and metrics to measure advertisers' campaign emissions.

June Cheung, head of Japan and the Asia Pacific at Scope3, notes the steps taken to ensure the sector decarbonises its media supply chain by 2030 are encouraging. However, she says it shows that the end goal is to ensure that the money advertisers spend on advertising is not to increase the amount of carbon that goes into the atmosphere.

Ideally, she notes it is regenerative that every dollar invested in advertising pulls carbon out of the atmosphere.

"One of the biggest things we have working in our favour is that this is mostly a measurement problem. When the carbon emissions produced by the media supply chain are measured and tracked, the steps to decarbonise become clear. A standardised dataset enables brands, agencies, publishers, and platforms to take positive steps in optimising the media supply chain for emissions," she explains to Campaign Asia-Pacific.

She says two primary steps will ensure that the industry reaches its goals. The first is that brandand agencies can use their buying power to influence the behaviour of the media supply chain. Secondly, publishers and platforms can actively and thoughtfully optimise their adtech stack to minimise carbon emissions and be rewarded by advertisers seeking to reach their climate goals.

Optimisation of the supply-side adtech stack removes waste and increases efficiency while brands and agencies achieve better campaign performance across all indicators, including carbon. It's a virtuous cycle and a simple solution to an industry that has become incredibly complex.
—June Cheung, Scope3

Tom Jones-Barlow, general manager for the Asia Pacific at SeenThis, points out to Campaign Asia-Pacific that not all advertisers will have the option to work with suppliers who use exclusively renewable energy. For example, in a market like Singapore, this may simply not be a possibility at all.

He says the immediate need is to find out how his company can work as efficiently as possible now and reduce waste.

"As marketers begin to understand the relationship between data use and energy consumption, an urgent step will be to tackle this wasted data that our campaigns send to users," he adds.

Holding companies like Interpublic Group (IPG) have also set climate goals to include setting science-based targets and sourcing 100% renewable electricity by 2030. In addition, it is working to ensure all areas of its business reach the overall goal of net zero by 2040.

"We are working with our clients to understand the impact of media and to do our part to decrease our footprint," Jemma Gould, vice president of sustainability and communications at IPG, tells Campaign Asia-Pacific.

"It's critical we address these issues by aligning on industry measurement standards; setting a benchmark and measuring the media's carbon footprint; and finally, working with our partners to set net zero goals across the supply chain."

Instead of looking at it from the category level, Scope3 has suggested that every company should write a plan for how they will measure every single impression across every channel. By 2022, Scope3 has also indicated that every project should include a new KPI around carbon.

Cheung explains that once the measurement commitment and framework are in place, then Scope3 can work on reduction by partnering with publishers and platforms to drive reductions in emissions.

For example, Scope3 has introduced Green Media Products, a solution where the carbon footprints of advertising campaigns are determined based on Scope3 data and the emissions are compensated for via investments in a portfolio of carbon removal projects, which are a component of the Green Media Product itself.

"The more brands and agencies invest in products that reduce their carbon footprint as part of their media plan, the more they can reduce their carbon footprint. In addition, these solutions' source of inventory is the same as the inventory brands agencies usually tap on. Hence performance and scale are not impacted via investments," she explains.

At SeenThis, Jones-Barlow claims its technology and streaming over downloads significantly reduces the data used throughout a campaign.

For example, in Singapore alone, SeenThis showed a single alcohol brand how the use of streaming on their campaign over 12 months reduced their CO2e output by at least 12,000kg or the same as taking 10 cars off the road for a year or driving around the circumference of the planet twice.

"Although physical infrastructure is easier to understand, the energy consumption of data transfer itself contributes a third of the internet's global greenhouse gas emissions. In other words, if you can use fewer data in your advertising, you will reduce your CO2e footprint significantly across all of these touchpoints that transfer data," he explains.

Dominic Powers, chief growth officer for the Asia Pacific at Dentsu International, claims that Dentsu runs on 100% sustainable energy globally. He explains that the agency network buys carbon offsets for its offices in markets that do not have access to renewable energy.

"If you look at the data centre industry, they can make those decisions too. It is a massive user of power that consumes a considerable amount. So they now have to start looking at where they source their ability to drive those data centres," he explains to Campaign Asia-Pacific.

Getting buy-in from the industry

Cross-industry initiatives like Ad Net Zero are critical to encouraging industry cooperation and collaboration around climate change. Many advertisers and agencies are already supporting Ad Net Zero and AdGreen, which are working to make a tangible difference in the industry.

Amy Williams, chief executive officer and founder of Good-Loop, an ad platform that serves ads for brands whilst raising money for charity, points out that while everyone has their framework, the underpinning assumptions are universal.

So, for example, the industry knows how much electricity is used to serve an advert, the data transfer, and how much carbon is emitted into the atmosphere for every kilojoule or kilowatt of electricity.

She cautions that while these are facts, how the industry interprets them and use them to make decisions might change.

However, she says that as Good-Loop starts to collaborate in the industry through partnerships with Scope3 and SeenThis, it has seen that many of the underlying assumptions are matching up. For her, it means the industry is aligned regarding the problem that needs to be solved and how it is solved.

There are the publishers and the publishers who have to take responsibility for their servers for their climate journalism, making their sites as light and carbon efficient as possible and easy to load. But there is also responsible for the advertiser on the demand side of our industry. They're creating these ads, making the demand and fueling the industry.

Many advertisers are still not yet willing to shift media budgets away from advertising that performs well to those channels that produce lower carbon emissions. As a result, questions remain about whether the industry can find a consistent set of standards that will create clear goals and incentives for rapidly growing decarbonising of the media supply chain.

Krystal Olivieri, global chief innovation officer at GroupM, says the move to channels that produce lower carbon emissions is an evolution, not a revolution.

GroupM is recommending platforms and capabilities focused on green solutions today to clients who want to consolidate their tech stacks and are trying to use fewer intermediaries.

She says on behalf of clients, GroupM wants to help them gather this data from all the platforms and publishers it works with to build a capability that allows the agency to drive better reduction for the beginning of the ad development process.

For example, she says cradle-to-gate greenhouse gas emissions, which are from the beginning of the development of the ads to the moment a consumer can see it, is the only part of the supply chain the agency can control. However, GroupM cannot control what device a consumer uses.

"We can encourage them but cannot control that in our supply chain", says Olivieri. "I believe that that's where other vendors, like Scope3, will also come into play. My other hope is that, similar to brand safety and suitability. It does not become a situation where there are all these different products for green and non-green supply.

"We hope that at some point, the democratisation of the data of where carbon footprint has been generated and how you can reduce it will just raise the floor on the entire industry. We also hope to see all companies behaving where the entire supply chain has gotten to where we are reducing carbon footprints, and the most optimised sort of supply path is just part of the process."

For example, using reliable data and measuring carbon emissions from advertising campaigns is a start. The next step is using that data to work with publishers and platforms on reducing carbon emissions and rewarding those who value and are on the mission to deliver exceptional campaign performance along with minimal carbon emissions.

"For the partnership with Scope3, they have essentially put together all the different carbon emissions from these energy sources," Conrad Talletri, regional vice president of sales at DoubleVerify, tells Campaign Asia-Pacific. "We then put this into a dashboard so advertisers can check out the whole supply path they are using and decide what route they want to go.

"We are still developing the product that will come out before the year's end. There will be a specific metric to monitor how much carbon emissions are being put into the environment by an advertiser's campaign. The first thing is to be able to report on it and then down the line. After that, we will figure out how we help brands optimise their sustainability goals."