An enjoyable series of #4SecondReviews for the Hyundai Venue by AnalogFolk features a bevy of odd creatures and characters, including Corey Feldman, but is tragically lacking in squirrels.

Ad Nut thoroughly enjoyed watcing the above series of preroll ads for the Hyundai Venue, by AnalogFolk Sydney. We get to see a number of cats (this being the internet), a chameleon, a housefly, a flat-earther, a troll, and a bunch of other characters offer up their #4SecondReviews of the vehicle.

Sadly, a couple of murderous beasts also make appearances, but they made Ad Nut chuckle, so Ad Nut will allow it. What cannot be excused is the disappointing lack of squirrelkind in what purports to be an inclusive campaign. The agency has missed out on a golden opportunity to enter into Ad Nut's Advertising Hall of Fame.

The agency also issued a press release that could be read in four seconds—a welcome change of pace from the overly verbose brain dumps Ad Nut normally receives.

Hyundai aims to score a goal for sustainability with Steven Gerrard

Battle of the Brands: Maruti Suzuki vs Hyundai 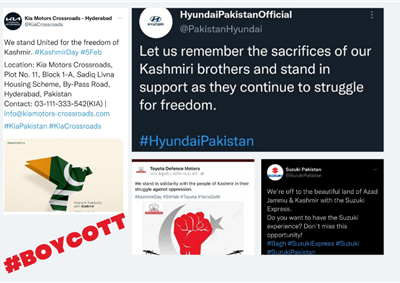 Can Hyundai India put out the flames of the controversial tweet on Kashmir?