Wipro Enterprises has launched another campaign featuring Bollywood actor Saif Ali Khan and Telugu actor Mahesh Babu for its soap brand Santoor, while retaining the ‘Santoor mom’ to play the lead. Two ad films - one each for the North and Andhra Pradesh markets featuring Khan and Babu respectively - have been created by Draftfcb-Ulka. The films went on air on 1 January 2014. Both films follow the same script.

The ad opens to girls performing a ribbon dance routine at a film shoot. Playing himself, Khan (Babu in the Telugu version) walks in and asks the director if she (the lead dancer, in an orange dress), is the new heroine. The director informs him that she is actually his dance trainer. He is surprised that someone (who looks) so young could be the trainer. He also finds her beautiful and expresses his admiration. The trainer asks if he’s ready and they begin training. Just then, a young girl runs to her and calls her ‘mummy’. Khan is even more surprised. As they mother and daughter share a hug, a female voice over announces, ‘Sunhera Santoor’ (Beautiful Santoor). A jingle explains the soap’s USP. As the actor finishes his routine, the trainer congratulates him. She says, “Wow, Saif.” The young girl runs to her and says, “Wow, mummy.” The film ends with the actor asking the young girl, “Who is a star dancer?” The kid, hugging the trainer, responds, “My mother, super star."

Dennis Koshy, vice president, Draftfcb-Ulka, Bengaluru, said, “The brand speaks a well-established language. When you have a campaign idea  like mistaken identity that has stood the test of time, the challenge is to keep refreshing the execution to keep the engagement alive.’’

Nitin Karkare, COO, Draftfcb-Ulka, said, “The new commercial carries forward the brand promise of younger looking skin, which has been the cornerstone of Santoor communication for over 25 years now.”

On the execution, Dharmesh Shah, creative director, Draftfcb-Ulka, said, “Santoor has a very loyal consumer base and they look forward to what the woman does next. Mahesh Babu and Saif add the glamour, while the precocious child makes the ad endearing.”

The campaign will also straddle print and OOH media. 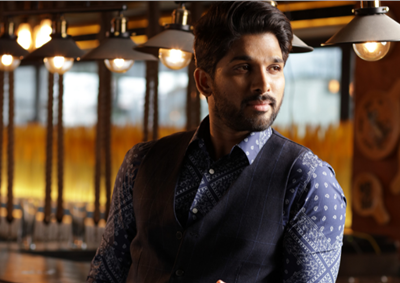 News updates: Astral gets Allu Arjun as its brand ambassador

Neo HBM gets Saif Ali Khan as its brand ambassador