The future is short: How pithy clips are taking over social video

A look at TikTok's rise and other brands' quick-hitting successes. 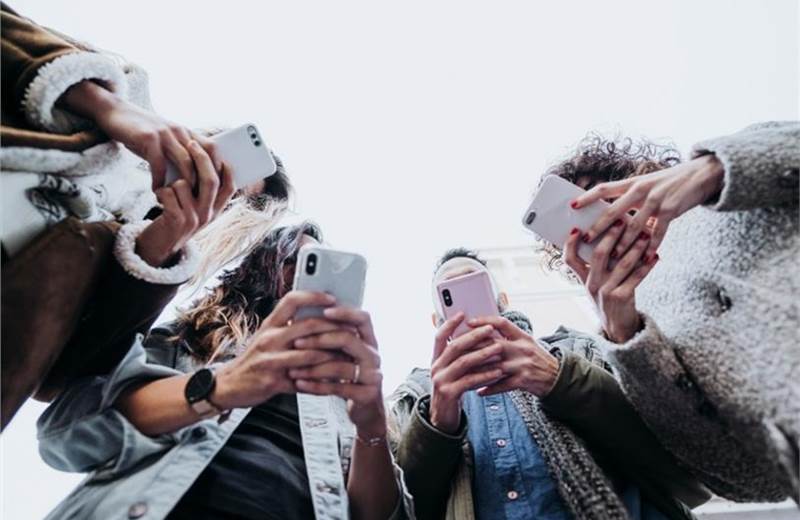 TikTok burst onto the scene last year with 663 million downloads—mostly by high school and college students—and is now on marketers’ radar. Its viral potential is obvious: in a single week's time during October, one clip by social influencer Kylie Jenner—who is seen singing to her daughter—has been viewed more than 1 billion times. TikTok, which offers a platform for pithy, homemade music videos, shows short-form video is here to stay even after many thought the format died off with its now-defunct predecessor, Vine.

Whether you are in marketing or sales, video is a great way to reach customers. And, it pays to keep them short. If Ernest Hemingway could sell the idea of a six-word story to 20th Century readers, sophisticated digital marketers today can surely use quick-hitting clips to capitalize on the few seconds that they have to engage their audiences. The key to this mindset is valuing your customers’ time as much as you value your own.

Lean into short and sweet

Marketers, generally speaking, see short-form videos as a big opportunity to reach consumers at scale because these clips can get shared widely. There are a handful of notable brands practicing the craft. Dove created a six-second ad as part of its award-winning 2018 #ShowUs campaign. The soap brand used fast-cut editing to feature a different woman for every second of the video while showing how beauty comes in various shapes, sizes and identities.

Some brands don’t even need six seconds to demonstrate what separates their product from the pack. In two examples, Mercedes-Benz created a rapid-fire, three-second spot a few years ago, while Toyota made a clever, five-second ad to suggest its Yaris car model lets drivers park in 4.9 seconds.

The short-form phenomenon is global, too. Take Mom’s Touch, a South Korean chicken chain that used five-second clips of a fire-breathing lamb to promote its hot chicken wings and then a fire-breathing gorilla to promote its hot chicken sandwich. Because the brand’s focus is on visually making the most of the viewer’s time, the language barrier for a non-Korean speaker doesn’t hurt its appeal. The short-burst series of images tell the whole story.

Jump on the B2B opportunity

B2C marketers are not the only ones who can use short-form videos—after all, 59% of B2B decision-makers prefer video over text content. While B2B marketers have typically used videos that are one or two minutes (or longer) to generate leads, brands like Vendesocial and Zendesk have used 15-second spots in recent years. There’s no reason why B2B players cannot employ shorter clips for lead generation while promoting the footage on relevant social media platforms.

IBM is a B2B brand that "gets" video, and it has earned accolades. Big Blue last year teased a 1-minute, 45-second video with a three-second video GIF on Twitter; viewers who clicked through were taken to a LinkedIn post to get more information.

Indeed, short-form videos like GIFs can be the starting point for a gradual engagement, bringing prospects and customers along for more and more information through a series of conversational steps.

Short-form video should be about authenticity. People, especially those belonging to Gen Z and millennial generations, can smell a phony a mile away. This format is more about low-fi creativity than expensive production, which invites marketers to experiment because they won’t blow the budget with one clip.

When done correctly, live video is about as authentic as it gets. Live video allows your brand to be off-the-cuff while connecting with your audience in real-time. Whereas live business shows like author Rhett Power’s Power Lunch skew longer and resemble podcasts or even TV shows, videos meant to amuse or inspire should be short and to the point.

Whether you’re going live or not, remember that short-form videos shouldn’t be one-off marketing campaigns; they work best as integrated parts of a larger storytelling strategy. Sure, a video may only be a few seconds—but it’s still an important part of your brand’s narrative.

For all types of digital video, brevity should be viewed as a virtue. It’s long been a good rule in marketing to try to be brief, be brilliant, be gone. Conciseness was integral to Nike’s growth in the 1990s, marketing with three simple words: Just Do It. While technology has changed greatly, the power of concision stays the same. Internet users suffer from a content-overload syndrome, so short-form videos are a way to initially impact buyers’ purchase decisions without weighing them down with a big digital download.

In sum, Tik Tok wasn’t the first platform to grow wildly with short-form video, and it certainly won’t be the last. The future is short.