Qatar's Budweiser beer ban ‘a storm in a pint cup’ 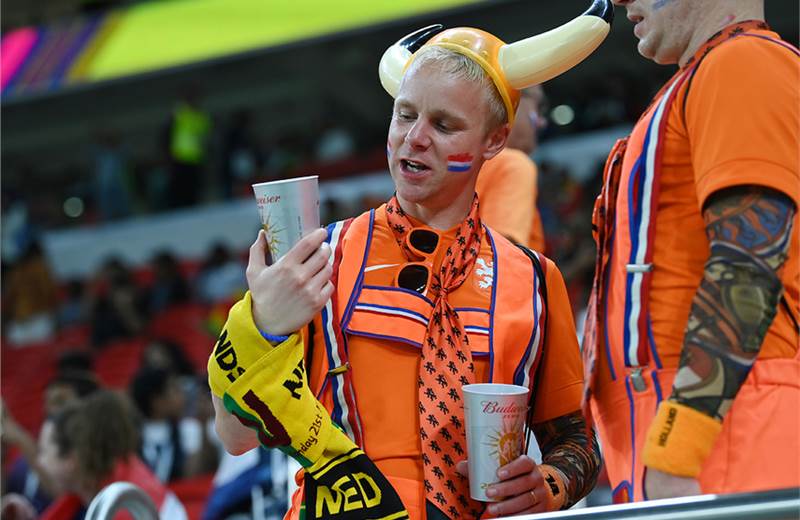 Qatar’s eleventh hour about-face on alcoholic beer sales at the Fifa World Cup has been “blown out of proportion”, senior executives at sports marketing agencies have told Campaign.

The wealthy Gulf state had 12 years to prepare for football’s blue riband event, but the decision to ban alcoholic beer in its eight stadiums was imposed on Fifa and its beer partner Budweiser just a couple of days before the first game kicked off on Sunday.

Beer is a fixture at World Cups and Budweiser’s partnership is reported to be worth £60m per year. However, some marketing experts have argued that beers sales would not be the primary ROI for the brand's investment.

Qatar’s decision to ban alcoholic beer sales within stadium precincts will have caught hundreds of thousands of fans expected to attend the event off guard, even though the country heavily restricts drinking in public.

The furore over the beer ban is another flashpoint in Qatar’s contentious hosting of the event, but sports marketing chiefs believe the controversy has been “blown out of proportion” by the media.

Lisa Parfitt, co-founder of sports marketing agency The Space Between, told Campaign the apparent reneging on a global sponsorship contract is almost unheard of publicly, but it is unlikely to have come as a surprise to those involved in the partnership, even if the Ab InBev brand initially expressed surprise in a tweet that was swiftly deleted (below).

She believes that conversations about whether to sell or not sell alcohol will have been rumbling on for years.

“The story feels like a storm in a pint glass,” Parfitt said. “Being the only brand to sell beer in the stadium will not be the prime return on investment for the (reported) £60m sponsorship; the global consumer opportunity and right to use tournament IP is of far greater value.

“Reports that this will impact the future brand partnership negotiations with Fifa seem far-fetched. Fifa and Bud will have been more than conscious of the potential issues with hosting the event in a dry market and will have been contractually covered for all eventualities,” she said. “With the next edition of the World Cup being hosted in the US, there’s no way that Bud will be walking away from the negotiating table that easily.”

A 'blessing in disguise'

Budweiser has been a partner of Fifa since the 1986 World Cup in Mexico. It derives value from its global sponsorship in several ways, including being affiliated with the Fifa World Cup IP, brand exposure from the tournament and subsequent beer sales across the world.

Alex Charkham, chief strategy officer of Omnicom’s sports agency Fuse, believes Fifa may compensate Budweiser in the short term with some additional inventory, but that the relationship is unlikely to go flat.

“We'd assume that contracts will also be tightened ahead of the next chapter of their relationship,” he said. “This could prove a blessing in disguise. Bud should see heightened sponsorship awareness and salience due to the coverage.”

Budweiser’s global brand recall will probably be at a “record level” due to the amount of publicity and free media coverage this controversy has generated, Pitch Marketing Group chief executive Henry Chappell pointed out.

He explained beer sales in the event’s stadiums make up a very small component of the overall value that Budweiser derives from its Fifa partnership. 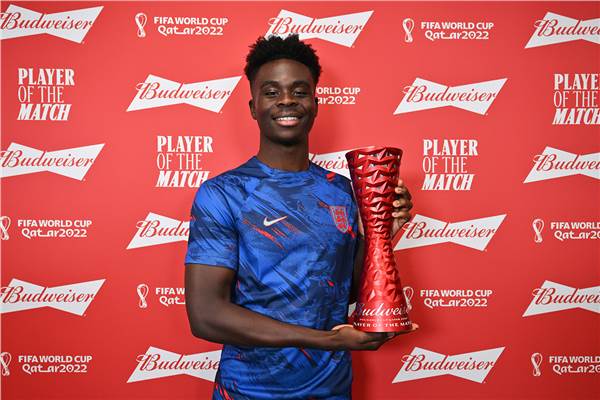 “There is a much larger opportunity to use the rights and activate in markets across the world as well as the exposure this provides,” he said.

“The commercial ramifications of the U-turn on alcohol sales are also overblown. An important part of Budweiser’s product portfolio is alcohol-free beer, and it's a much higher margin product. They are going to be selling beer in a Muslim nation as a platform to promote Budweiser Zero.”

A 'glass half full' mindset

Low- and no-alcohol beer is one of the fastest-growing sub-categories of beer globally. ResearchandMarkets.com reported the global non-alcoholic beer market was valued at $16.65bn in 2021 and is expected to rise to $23.27bn in 2025. These trends follow changing alcohol consumption patterns among younger and more health conscious generations.

As an increasing number of global sports events are being held in countries that traditionally shun alcohol, such as in the Middle East, this provides an opportunity for beer sponsors like Budweiser to test out low-alcohol product offerings to new markets.

“Rather than channelling our outrage at the circumstances of the cancellation perhaps we should consider this a test for future ‘dry stadium’ events,” Parfitt said.

“Football has been dogged by alcohol-fuelled antisocial behaviour. Perhaps, just perhaps, limiting the consumption at the stadium will lead to a more comfortable and inclusive atmosphere in stadiums and appealing to a more diverse audience.”

Both Chappell and Parfitt agree that Budweiser will be playing the long game by eyeing the next World Cup that takes place in beer-friendly markets Mexico, US and Canada.

The controversy could also play into Budweiser's hands by providing the brewer with leverage when it comes to renegotiating its next sponsorship deal with Fifa.

Chappell said: “For Budweiser this is more a case of dealing with a headache today, rather than a hangover tomorrow.”

Beer-less fans attending the World Cup may not see it that way, even if it prevents some from dealing with sore heads during their stay.