The AMA Yearbook is an annual compendium for marketers, advertisers and their agencies, aimed at helping them understand and maximise the digital potential of business in the region 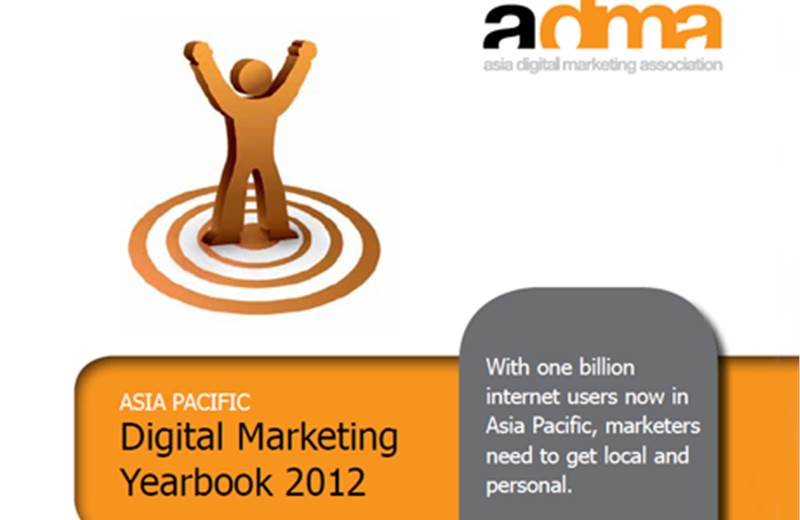 With 46 per cent of the world’s online population residing in Asia-Pacific, advertisers and marketers alike are keen to tap into this burgeoning but complicated market, according to the Asia Digital Marketing Association (ADMA) 2012 Yearbook.

The Yearbook is an annual compendium for marketers, advertisers and their agencies aimed at helping them understand and maximise the digital potential of business in the region.

“The billion people online in Asia Pacific are spread across more than 14 countries, with a wide range of languages, cultures and online habits,” pointed out David Ketchum, chairman of ADMA. “More than half of them [513 million] are in China, which has its own media properties and consumer dynamics. In fact, seven of the top 11 sites in the region are in China.”

Studies listed in the book emphasise the region's highly localised diversity. For example, mobile internet access penetration rates in Indonesia are 57 per cent, compared with only 10 per cent who have access to the web via PC. In Vietnam however, the desktop PC is the most widely used device to surf online (80 per cent), while in the Philippines, two-thirds visited internet cafes last year.

With 46 per cent of the world’s online population residing in Asia-Pacific, advertisers and marketers alike are keen to tap into this burgeoning but complicated market, according to the Asia Digital Marketing Association (ADMA) 2012 Yearbook.

Also, while marketers would like to believe that most of their audience can be found online, only 15 per cent of Indian women have access to the internet. In sharp contrast, 80 per cent of Thailand’s internet users now shop online and 80 per cent of Singaporeans go online every day.

In terms of ad spend, the Yearbook documents that Asia-Pacific generated US$24.8 billion in online advertising expenditure last year, and GroupM predicts that this figure will hit US$31.4 billion this year, still lagging behind North America which charted US$34.5 billion in revenues last year.

Yet for every marketing dollar spent on online initiatives, the return in Asia-Pacific was US$1.78, which, according to Nielsen, exceeds the returns on all other formats including TV, print, out-of-home and trade.

Challenges also face digital marketers hoping to target the region’s 493.35 million strong social network users. According to Emarketer, China alone accounts for 266.5 million users and has its own online ecosystem. This is followed by India with 50.2 million users (most of whom are male), and Indonesia with 34.3 million (most of whom are using mobile phones).

Furthermore, a study by TNS and Mediabuzz found that more than half of Asia-Pacific’s social network users (51 per cent) would prefer not to be bothered by brands on these platforms. For those who do follow brands, over a third (34 per cent) do so for discounts and promotions.

But there is room for brands as over 60 per cent of social networkers admit that the platforms are a great way to hear about new products and services. Especially when recommended by peers with 94 per cent saying that they trust recommendations from people they know, found a study by Nielsen.

Based on the data compiled in the Yearbook, ADMA recommends that marketers need to “get local and get personal.”