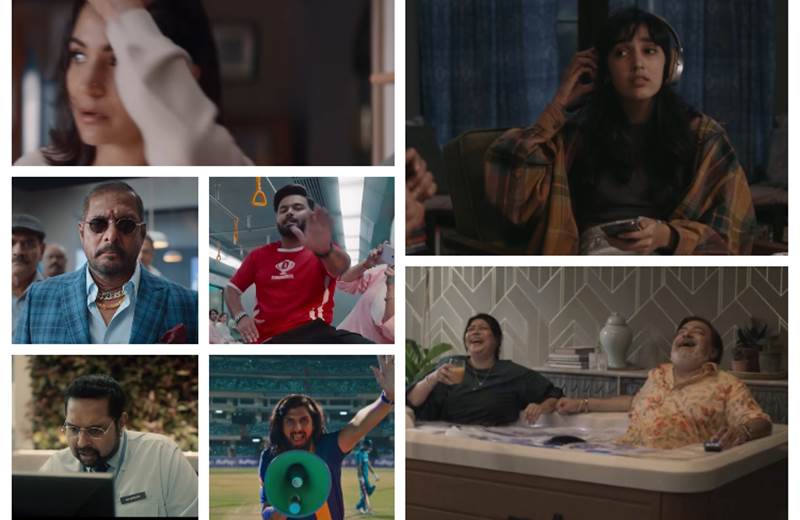 Favourite: Livspace. The ad has a very clear message and has hit the spot. I can relate to this ad, even when the television is on mute (I do that to ads while watching cricket). I can’t get Anushka's expression off my mind. It helps to capture the real experience in terms of memorability. The category is a little disorganised but brand consistency is still maintained.

Least favourite: Vimal Elaichi.
Shriram Iyer
Co-founder and CCO, Tilt Brand Solutions
Favourite ads: Spotify, Zepto and Slice were my favourite. Spotify, Zepto and Slice are based on simple relevant insights and then the creators managed to find a decent leap in execution. Justice was done in the available duration.
Least favourite: Cred. It is clutching at straws. The pressure to be funny is killing it.
S Subramanyeswar
Chief strategy officer – Asia Pacific and head of global planning council, MullenLowe Group
Favourite: Dream11
Least favourite: Kamla Pasand
Sumanto Chattopadhyay
Chairman and chief creative officer, 82.5 Communications India
Favourite: I love the Jaquar lighting campaign because of the dry humour of the rather wet situations in the non-bathroom areas of the home! I love it because there is no over-the-top acting screaming ‘look, this is a funny ad’. I also love it because the connect is so simple and obvious and yet it wasn’t nixed by some exceedingly sound agency thinkers saying, ‘But, but, but what’s the long-term platform idea’?
Least favourite: I don’t particularly like the Vimal Elaichi ad because I don’t like this type of product to start with. And also because, if I wanted to watch a multi-starrer, I’d rather go for a 70s style 3-hour-long potboiler accompanied by popcorn and not… !