Tiger Beer pays homage to 'The Day Before National Day' in a new campaign by The Lab.

A week before Independence day in India, here is a message from Singapore.

Singapore-based brand Tiger Beer is honouring people's struggle-to-success moments in a campaign by The Lab, as the country prepares to celebrate its National Day tomorrow.

In a new campaign released today, the brand draws a parallel between Singapore's transformation and its people's journey to triumph. It relives the stories of Singaporean heroes such as fashion designer Amos Ananda Yeo, Paul and Wayne Liew from the Keng Eng Kee Seafood restaurant, and Hokkien opera singer Lee Ah Lek, to remind people of the dedication and determination they have made to become successful Singaporeans.

As Nut likes this inspiring ad, which is smart in taking a new angle on the idea of celebrating events by asserting that "It's easy to mark the day we arrive...but it's far more important to remember how we got there."

From today onwards, when Ad Nut commemorates important moments, Ad Nut will also recall how Ad Nut made it there; indeed, the days and days before the success that really mattered.

(This was first published in Campaign Asia.) 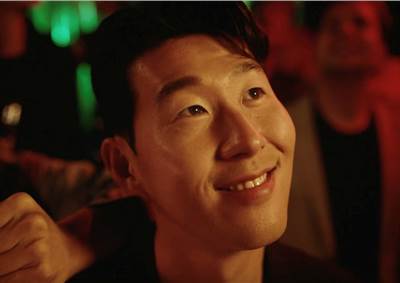