YouTube doubles down on Shorts with new monetisation program

Creators will make just under half of all ad revenue earned from Shorts, positioning the product as a major rival to TikTok 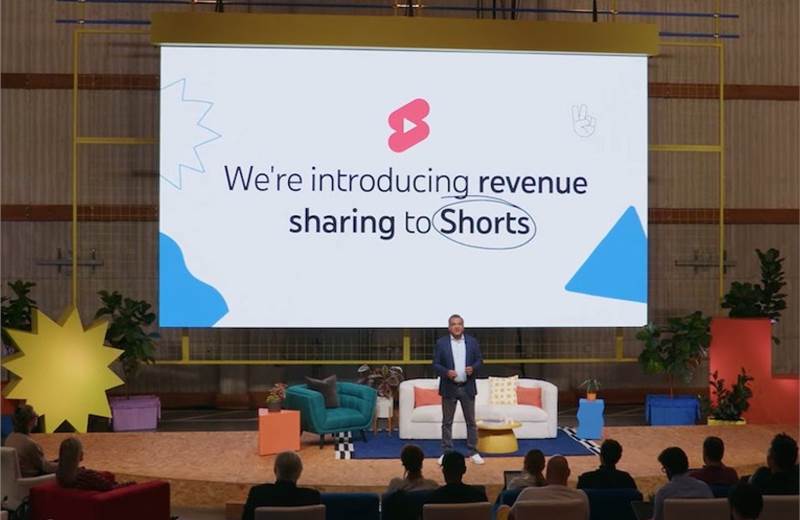 YouTube has officially announced a change to its Partner Program that will allow content creators to earn revenue from ads that play in between Shorts, YouTube’s short-form video format.

Every month, ad revenue from Shorts will be pooled together and split amongst creators. After YouTube factors in music licensing fees, creators will get 45% of the total pool.

The money each individual creator gets depends on what share of total views they contributed that month and isn’t affected by whether or not they took advantage of music licensing.

YouTube creators can now become a partner and participate in the new revenue-sharing program if they’ve received 10 million Shorts views over a 90-day period. Previously, only creators with more than 1,000 subscribers and 4,000 total watch hours in the last year could join YouTube’s Partner Program.

“This is the first time real revenue sharing is being offered for short-form video on any platform at scale,” said Neal Mohan, chief product officer at YouTube, during a reveal event on Tuesday.

YouTube previously tested paying Shorts creators with a $100 million fund, which the platform set to be distributed between 2021-2022 while serving as a first step towards creating a Shorts monetization model.

YouTube maintains that it isn’t moving away from long-form videos, and instead is trying to make the platform profitable for different kinds of creators, said Tara Walpert Levy, VP at YouTube, Americas and global content.

Shorts are YouTube’s direct response to TikTok, as the short-form video app continues to take market share from other social media platforms.

Despite YouTube’s ad revenue growth rapidly decelerating in Q2, it announced that over 1.5 billion logged-in users are watching Shorts every month in June. By contrast Reels, Instagram’s short-form video product and answer to competition from TikTok, saw engagement fall 13.6% in the past few weeks. According to internal documents obtained by The Wall Street Journal, “most Reels users have no engagement whatsoever.”

YouTube also announced Creator Music, a library of songs that creators can purchase a license for instead of relying on royalty-free music.