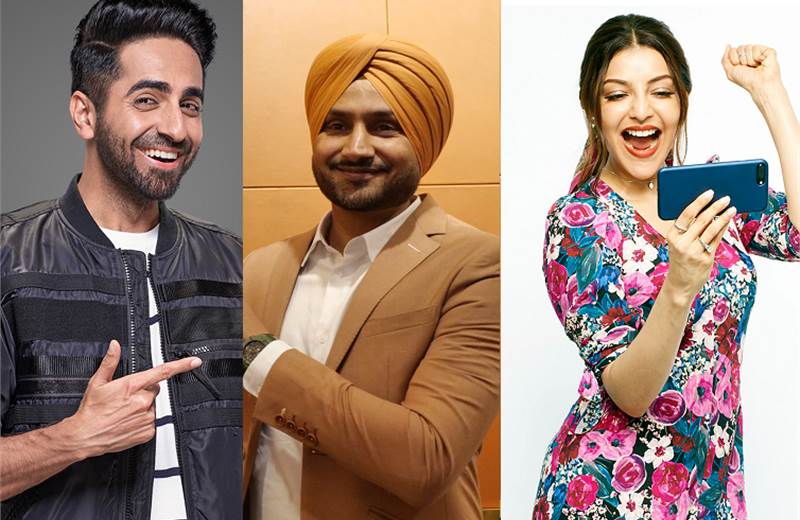 ASCI upholds complaints against 299 ads
During the month of July 2019, ASCI investigated complaints against 489 advertisements. 151 of these were withdrawn by the advertiser. From the remaining 338, the Consumer Complaints Council (CCC) upheld 299 advertisements. 201 belonged to the education sector, 59 to healthcare, nine to personal care, four to food & beverages and 26 were from the ‘others’ category.
Balaji Wafers gets Ayushmann Khurrana
Balaji Wafers has announced the appointment of Ayushmann Khurrana as its brand ambassador for wafers, nachos and extruded snacks. The actor will be a part of the brand’s upcoming campaign and will be seen featuring in a series of films that will be released soon.
Brune and Bareskin gets Harbhajan Singh
Brune and Bareskin, an online clothing brand has entered the offline retail space with the launch of its first store in Jalandhar. The brand has also announced the appointment of Harbhajan Singh as brand ambassador.
dCEll bags Streax
dCell has bagged Streax's design and packaging mandate. Streax is a hair colour and care brand that has been in existence for 15 years in India.
Event Capital gets Janak Vora
Event Capital, part of Laqshya Media Group, has appointed Janak Vora as CEO. He moves from Wizcraft International where he was most recently business head, brand development, IIFA.
Title
Kajal Aggarwal for KhelPlay Rummy
KhelPlay Rummy has appointed Kajal Aggarwal as brand ambassador. The brand believes Aggarwal symbolises both fun and success, making her the right choice to showcase its vision.
SlicePay rebranded as slice
Fintech startup Slicepay has undergone a revamp and will be called slice. Headquartered in Bengaluru, slice is present in 12 cities across India. Post the rebranding, it is looking to double its reach in the next 12 months.
IMI appoints Sociowash
Sociowash has bagged the digital mandate for International Management Institute (IMI), New Delhi. The agency's Delhi office will handle the account. IMI  was founded by The RP Sanjiv Goenka Group and offers MBA degrees through their various PGDM and executive PGDM programs.
Zee5 gets Rahul Vaz and Vinay Patodia
Zee5 Global has announced the appointment of Rahul Vaz to head the product team. Vaz will be based in Mumbai. The company has also got Vinay Patodia as head of technology.