BBH appointed the creative agency for the new channel; Vizeum is the media agency 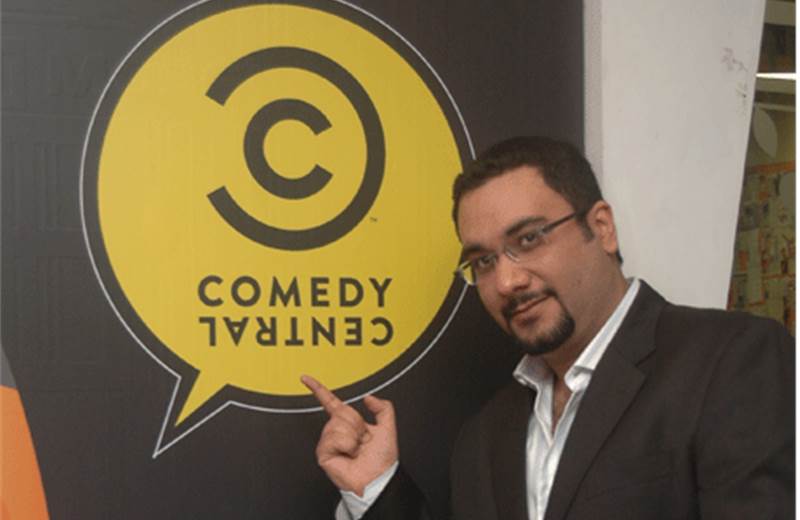 Talking about the opportunity in bringing the international channel to India, Palia said, “I don’t think Comedy Central is niche, because comedy is the most widely watched genre in English. It’s the broadest of all the bases, and we have 24 hours of comedy. The format of the channel is the ‘best of comedy’ – some that you’ve watched, some that you haven’t and some that are in production.” The shows on the channel will include The Daily Show with Jon Stewart, South Park, Saturday Night Live, 30 Rock, The Office, Seinfeld, The Wonder Years, That 70s Show, along with British classics like 'Allo 'Allo and Fawlty Towers.

“In our research in five markets (Mumbai, Delhi, Bangalore, Pune and Kolkata), one insight that was very clear and made us buoyant about the opportunity to launch Comedy Central, is that people don’t know what they’re going to watch on a particular channel when they reach a destination (which is why a lot of zapping happens). As long as they know what they’re in for, they’re happy about it,” explained Palia. “The corporate crowd also said they don’t want to rack their brains when they get home – they want light viewing. A lot of people felt alienated coming in the middle of seasons, so we’ve taken a conscious decision to start most of the shows from season one.”

Distributed by Sun18, Comedy Central will be available in approximately 20 million households across the country at launch and across analog, digital cable and DTH. Palia said, “We’re targeting the seven metros – Mumbai, Delhi, Bangalore, Pune, Hyderabad, Kolkata, Ahmedabad, because that is where the English television consumption comes from in the country.” Talking about the target audience, he said, “The genre is predominantly male (a ratio of 65 males to 35 females, or 60:40 in some cases). In terms of age, it’s broad, because comedy isn’t defined to a certain age. So the channel is crafted for different audiences at different times of the day. That’s also how it’s being sold to advertisers.”

Advertising will be present on day one. Palia said, “The 30-second spot and programme sponsorship is hygiene. We will offer very heavy customisation and integration, around the channel and its philosophy ‘Laugh it off’. We hope to attract brands across categories; even brands for mature audiences have shown interest.” Namrata Tata is national sales head on Vh1 and Comedy Central.

In terms of the channel’s own advertising campaign, a through-the-line marketing plan across TV, print, outdoor, radio, BTL and digital will be unveiled shortly. BBH is the creative agency and Vizeum is the media agency. “BBH were able to articulate our philosophy ‘Laugh it off’ (which was developed in-house) in a way that we really needed it to be in terms of the execution,” explained Palia. “Hopefully, people will like the campaign.” The plan will also involve strategic partnerships with lifestyle touch points the target audience frequents like coffee chains, theatres, clubs, gyms, salons, and shopping destinations. The brand will extend itself beyond television into live events, merchandising and availability on mobile platforms.

Movies and local productions will be a part of the programming in some time.

Commenting on the launch, Haresh Chawla, group chief executive officer - Viacom18, said, “With the launch of Comedy Central, Viacom18 now marks its presence in another under-served genre – English comedy. Given its rich library of world-class shows and distinct positioning, we’re confident of Comedy Central establishing itself as one of the dominant players in the English Entertainment space in Indian television.”

Bob Bakish, president and chief executive officer - Viacom International Media Networks, said, “Comedy Central is one of Viacom’s most distinct and successful franchises, globally. We feel that the time is now right for Viacom18 to introduce Comedy Central in India, given the growth curve of the Indian television entertainment market.” He added, “All Viacom18 channels in India are doing extremely well and we’re confident that Comedy Central too will carve out its own space within no time.”

Since late 2006, Comedy Central (which started in the US) has expanded globally with localised channels in Poland, Germany, Netherlands, Italy, Hungary, Sweden, Ireland, United Kingdom, New Zealand, Israel and Spain.