Tanishq gets young women to interpret design, utility for Mia 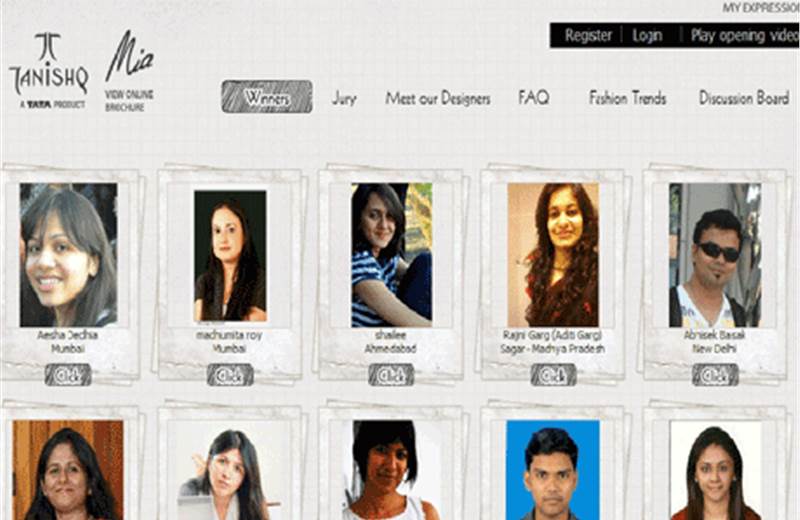 On 26 December 2011, Tanishq launched an online contest inviting consumers to submit ideas for sub-brand Mia (launched in November 2011) - a new line of jewellery for young working women. Through a crowdsourcing campaign called 'My Expression', Tanishq chose 10 finalists who have gone on to co-create the Mia collection along with Tanishq's design team.

On the objective behind the crowdsourcing idea soon after launching the brand, Sirish Chandrashekhar, senior marketing manager, Tanishq, said, "Our primary customers who walk into Tanishq stores are largely in the 40-plus age bracket. Mia targets a younger audience. With this campaign, we wanted to venture into a new space and reach out to a different set of consumers, the young working women - who are largely disconnected from traditional jewellery."

Tanishq focussed on initiating an online activity mainly through social media, targeting this younger audience group. "We wanted to get inputs from them on what kind of designs would appeal to their age group. We wanted to see how they interpret design and utility of jewellery, and then create a line of jewellery that would appeal to this section of the market," added Chandrashekhar.

'My Expression' received more than 3200 entries, and these attracted 40,000 people to vote online. The final collection will have 20 to 25 designs as a result of the co-creation activity between the 10 finalists and the Tanishq design team.

Tanishq believes that every woman can shine