The deal, which surprised many, will create the largest advertising company in the world, with revenues of nearly $23 billion (£14.9 billion) in 2012, exceeding the current leader, WPP's £10.4 billion ($16.0 billion).

The merger was confirmed yesterday at a press conference in Paris by the Publicis chief executive, Maurice Lévy, and the Omnicom chief executive, John Wren, who will jointly lead the new Publicis Omnicom Group for the first 30 months.

Don Elgie, the group chief executive of Creston, the owner of TMW

"This mega merger will only work if it’s good for clients. Some will choose not to be part of the inevitable disruption and will vote with their feet. A few months is a long time in today’s media marketplace and smaller, more agile groups can only gain." 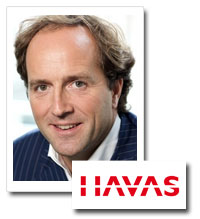 "I'm not sure this is in the best interests of their clients or their talent. Clients today want us to be faster, more agile, more nimble and more entrepreneurial, not bigger and more bureaucratic and more complex.

"My whole focus at Havas is to get us to behave like a smaller company not a bigger one. I doubt you'll find a single client who said: ‘We wish you were bigger and we were less important to you.’

"And you now have 130,000 people whose focus has been turned off their clients’ business and onto internal politics and gossip. The best talent doesn't want to work in bigger, more impersonal organisations. Destabilised employees and clients is not a good thing for either Omnicom or Publicis, but it is a good thing for their competitors.

"It's a massively interesting and surprising move. The industry's obsession with mergers and acquisitions still amazes me, particularly in a world where digital and technology have made scale irrelevant – Instagram has 32 employees yet runs 140 million users. Mergers and acquisitions rarely create value in a people business in the way they do in industrial businesses.

"It seems a bit odd that people are using the old ‘Walmartisation’ blueprint, rather than learning from the Google, Facebook, Twitter and Instagram ones that have changed the industry." 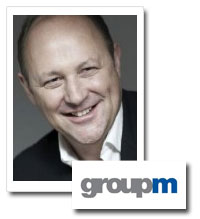 "This is an interesting move. They are making it clear that a primary motive for the merger is achieving scale in media buying.

"However, neither Omnicom nor Publicis was able to bring their investment teams together effectively as individual companies, so it will be fun to see if they can now do it together.

"Getting scale in media investment management is critical for clients, but it only works if it all joins up. We welcome a competitor in this space.

"Media investment management relies heavily on scale, but scale counts for nothing if it continues to be disparate." 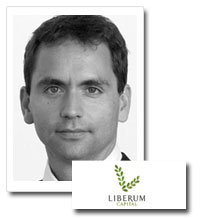 "We see this as a positive deal for the agency industry. If you look at Publicis, scale doesn’t matter much in terms of media buying, but it will give them more exposure in North America and more money to work with.

"We think that the merger will essentially be allowed (although there might be selective disposals), but that the synergy target of $500 million is far too low.

"We think it will be closer to $1 billion as $500 million is only four per cent of combined costs and there should be significant savings on areas like property.

"They probably don’t want to put too aggressive a target out there. It’s better to aim low and beat your targets."

Dan Lennon, the global chair of corporate development, Latham & Watkins, which advised Omnicom on the merger

"We are pleased to have been able to advise our longstanding client Omnicom on one of the most high-profile global mergers in recent memory. The proposed combination of these two great companies is groundbreaking in scale and complexity.