Prasana Krishnan, business head, Six, tells Radhika Joshi how MSM is driving the channel, and what drives him

After this Chemistry graduate completed a Master’s in Finance, he started his career as a journalist with  The Economic Times (Investor’s Guide). Prasana Krishnan, the first business head of Multi Screen Media’s Sports channel Six, launched April 2012, has come a long way since then. In between came other roles. In consulting at Arthur Andersen, in digital and activation at BCCL, and an international stint at Nimbus Singapore where he looked after international operations, distribution and content acquisitions. That was before he moved back to India to head Neo Sports.

“It has been an interesting journey”, recalls Krishnan fondly. And he attributes it to the ‘sheer variety’ of experiences - and attendant challenges.

Admittedly ‘a bit restless’, Krishnan enjoys the diversity and variety of the roles he gets to play in the corporate arena. “Learning has been tremendous in the process, because every time there is a new industry or you are venturing into or a completely new role, it allows you to learn a lot more,” he reasons.

But right now, his sights are set on the current mandate at Six. Which is, to build the brand with focus on four major sports: cricket (no-brainer), football, basketball and fight sports.

“We are trying to come out with a unique positioning for ourselves. A differentiated brand position, which enables us to look different in terms of our content strategy and create an identity and mark for ourselves,” explains the business head.

He reveals, “We are tactically into cricket on a one-off series every once in a while. Of course we have the biggest event, which is the IPL.”

The intent is to have a signature event, but to try and be different while having a marquee cricket property. Which explains the other big focus area: football. Six has positioned itself as the ‘Home of International Football’.

Krishnan notes, “Simple logic being that every time any major player in the world whom you can think of (whether it’s a Cristiano Ronaldo or whoever it may be), when they turn up for their country, they will be on Six. We have taken that unique positioning because the leagues are spread out with various sports broadcasters. So instead we said let’s take the international football positioning.”

Six has bagged the rights for next five years for FIFA Worldcup 2014, Euro 2016, the first FIFA under-17 event which will be held in India in 2017,  FIFA Confederations cup 2017,  Football Worldcup 2018 to be played in Russia and around 15 to 20 smaller tournaments of FIFA and UEFA.

There’s another game that’s picking up in India, or so the people behind Six believe: basketball. There is huge participation from the school level and from girls , when compared with other sports, reasons the spokesperson.

“We saw the youth connecting more and more with NBA. And we thought probably this is the area we should focus on from a long-term perspective. We changed the way we were telecasting this event. We increased the volume of the event to telecast substantially, put in the significant promotional activities behind it, got down to ground events, going to the college level,” he explains.

Six saw the increase in viewership by 10 times than last year for basketball, even if it was on a relatively small base. For the channel, the exercise showed that demand exists provided one you can nurture it right.

The fourth focus area which Six looked at is fight sports. A challenge in the space was non-availability of fight sports (like even World Heavyweight Boxing) in India.

“Some of our best performances in the world of sport have come from fight sports, be it wrestling, be it boxing. As a country we have always done very well whether it’s Olympics to some extent or Commonwealth games.

“And there is a huge culture of fight sports in this country. It may not be on TV, but if you go to the grass root level, semi-urban markets and all, it’s very much there,” points out the channel head.

Six therefore took the initiative to nurture the sport and tap into it. Providing a mix of fight sports was the route taken. These included martial arts and kick-boxing. The idea was to create a consistent offering on a daily prime time slot.

In addition to these four ‘pillars’, tennis and badminton have been focus areas.

In a competitive market where we have single sport-centric channels,  emerging, Six, the newest entrant, is a multi-sport channel.

Krishnan cedes that it does make sense to have a cricket channel - when there is a huge volume of cricket content.

“As we get towards greater affinity to various sports we will probably evolve to that situation (of single-sport channels). It a case again in developed markets - golf channels and the tennis channels are very popular. I don’t think we are there yet. It is a model which will evolve in the long term. It is more viable now to have a (single) sport-centric channel than it was a few years ago because of digitisation and lesser charges on distribution but I am of the view that probably at this point of time a mixture of sports works better on a sports channel than a single-sport centric channel,” he explains.

“Rising affluence normally brings that. With lower level of development, countries tend to become a single-sport market, whether it is football dominance across all of Africa or cricket dominance in the sub-continent. India is at a unique cusp where we are starting to see traction on other sports,” he says, pointing to the hockey and badminton leagues.

“Clearly, for content, sports is a highly competitive space. Because unlike the entertainment space where you could go ahead and create your own IP, sports is dependent on buying IP or taking content from federations. Events are pretty much set, the delivery of events is known and there is a limited supply. We can’t create anything of our own which will work. So the supply of content is very limited and we are all obviously fighting for a limited pie.

After this comes the content monetisation challenge. Krishnan and his team seem up to it. Especially now, with the IPL’s bugles approaching fever pitch, and the Brazilian samba to follow in June 2014.

Dream11 launches FanCode, gets Yannick Colaco and Prasana Krishnan to lead the venture 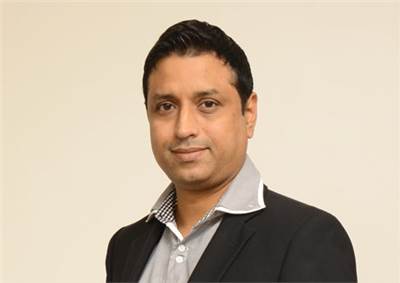 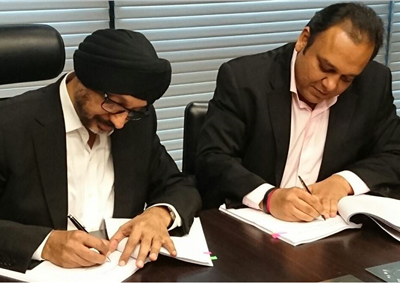