Out Of Office: The Admen of Wanted Yesterday

We asked Rajeev Raja, Prabhakar Mundkur and Subhash Kamath about their band, which plays at Blue Frog Mumbai tomorrow night

In advertising, a cliche can always be mined for an idea, and in the case of Wanted Yesterday, a band with three admen in it, a cliche led to the band's name.

Rajeev Raja, creative consultant at DDB Mudra, explains, "The whole idea of Wanted Yesterday really is the cliche of advertising - that everything is wanted yesterday. It also beautifully coincides with the kind of music that we play which is retro."

Talking about how the band started, Raja says, "It started when Kaushik Roy introduced Prabhakar and me to each other four or five years ago (Prabhakar was in Euro RSCG and I was at Bates). We got along very well, formed a band, and played a few gigs at some Ad Club functions, and at the Raspberry Rhinoceros. But then we got really caught up with the growth path in advertising, so music went on the backburner. When I started working with Subhash at Bates, we got together to play music as well. After that, it was a matter of time before all three of us started playing together. We often meet out of office to jam together and have fun evenings with friends and families. We got the idea of reviving Wanted Yesterday, because we'd been getting good vibes and started wondering about what are we waiting for (especially now that I have a little more time, and Subhash and Prabs can make the time)."

He adds, "We've played at the New York festival at Blue Frog a couple of years ago, and for a party hosted by a trade portal, and we've just sort of had a debut concert at Bonobo (which was a non-advertising function). Now we're thrilled to be opening at Blue Frog. Though the three of us are from advertising, we're taking it very seriously and professionally. We're going to have a lot of fun along the way. The music we play is a whole new segment of retro. As we were saying the other day, we don't have to put on an act between us, we are retro."

Subhash Kamath, managing partner, BBH India, says, "We have different likes and tastes in music. For example, Rajeev is into jazz; I'm a lot more into blues, and I love listening to Hindi as well. But when to comes to blues and classic rock, I think all three of us are on common ground, though we might add different influences when we share music with each other or go together to buy musical instruments."

Asked about how the three find time for music in their busy schedules, Prabhakar Mundkur, chief executive officer, Percept/H, says, "Well, when everyone is playing Holi, we're busy rehearsing."

Kamath says on their future plans, "We would love to cut an album, and have talked about it. Rajeev has composed quite a few of his own Indo-Jazz tunes for his other band The Rajeev Raja Combine. I've started to write some songs, about three of them so far. We haven't yet got around to composing them, but by the end of the year, our intention is to have some original compositions creeping into our gigs. If there is a good enough collection, we'll think of an album sometime."

And does adland and its gossip ever spill over into their after-work jam sessions? Mundkur says, "I don't think we've ever talked work because we got to become friends because of music and not advertising." 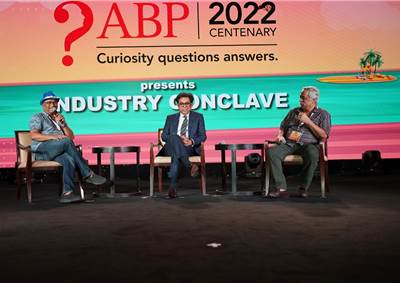 Goafest 2022: We need to stop seeing things like a sales person of a shop being beaten ... 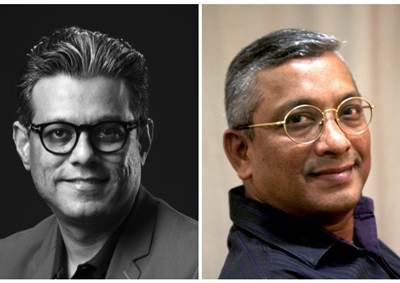