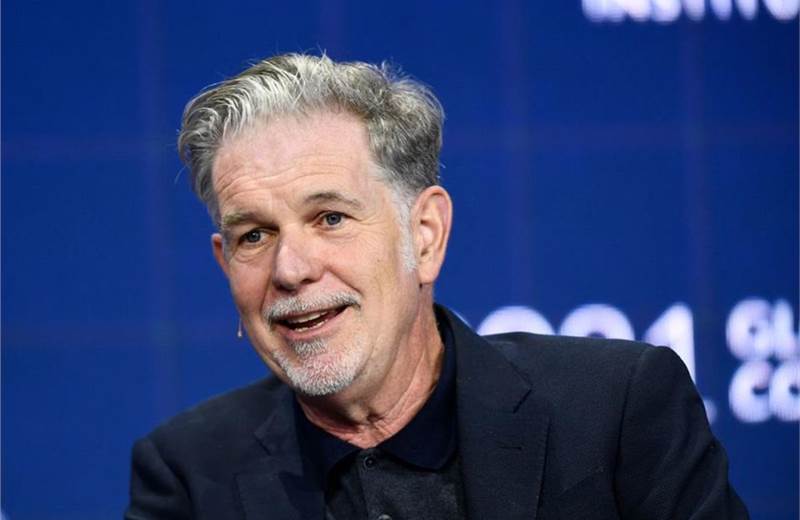 Netflix co-founder Reed Hastings is stepping away from the day-to-day management of the company after more than two decades at the helm.

Hastings is taking on a new role as executive chairperson, in which he will “be a bridge from the board to our co-CEOs.”

Netflix will now be led by Greg Peters, the company’s chief product and chief operating officer, who has been elevated to co-CEO alongside Ted Sarandos.

The new leadership told investors on Thursday they aren't planning to implement any major strategy or culture shifts.

"We don’t have a bank of changes that we have been holding for this moment," Peters said during the company's earnings interview. "Mostly it is continuity."

Hastings said in a blog post the transition was the culmination of “many years” of succession planning, and one that “founders often take,” naming Amazon’s Jeff Bezos and Microsoft’s Bill Gates as examples. He said he also plans to spend more time on philanthropy.

The leadership shuffle was announced as Netflix reported its fourth-quarter earnings, which revealed a successful turnaround of the company’s subscriber decline in 2022.

The streaming service added 7.7 million subscribers in Q4 — far exceeding its forecast of about 4.5 million. In a letter to shareholders on Thursday (Jan. 19), Netflix attributed the subscriber uplift to its strong content slate, which in the last quarter included Wednesday and docuseries Harry & Meghan.

The company generated $7.85 billion in revenue, up 1.9% year-on-year but down from the prior three quarters. Profit of $55 million represents a 90% decrease from the same period in 2021.

Netflix did not provide specific details about the advertising-supported tier it launched in November 2022 in the letter it released to shareholders.

It said, without certainty, it believed the $6.99 Basic with Ads tier is driving incremental membership growth, and that it has witnessed “very little” users switching from its paid tiers.

Engagement on the ad tier is “better than what we had expected” and consistent with members on ad-free plans, according to the letter.

Netflix said it remains confident the ad tier will generate incremental revenue and profit though the impact on 2023 “will be modest.” It called particular attention to branded TV, an industry it estimated to be worth $180 billion globally.

The release was a rocky start for the streaming platform, which had famously swore never to introduce ads prior to its subscriber losses in 2022. Early advertisers expressed concerns about slower-than-expected subscriber uptake and limited capabilities leading to unjustifiably high CPMs, believed to be as high as $55. Netflix issued refunds to advertisers in December for falling short on audience guarantees.