Messaging apps: What the new face of social media means for brands 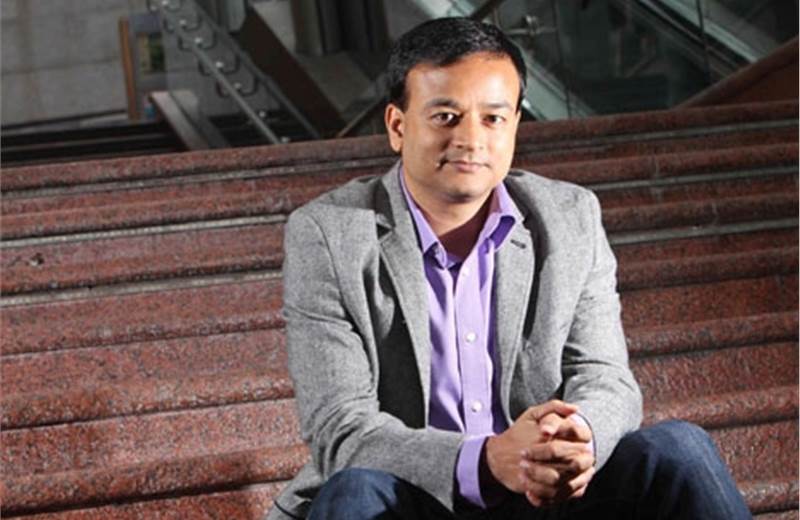 Already we have seen Facebook’s $19 billion purchase of WhatsApp that solidified 2014 as a breakthrough year for messaging apps. In addition to Facebook’s WhatsApp purchase, Rakuten acquired Viber for $900 million (a relative bargain) and South Korea’s KakaoTalk is getting ready for a $2 billion IPO.
The leading messaging apps are engaged in an all-out arms race for user acquisition. Each holds specific regional strongholds, with WhatsApp claiming the most truly global presence, but most are successfully pushing into new markets and growing at incredible speeds. This battle will only intensify with Facebook openly declaring its intention to concentrate on WhatsApp’s user acquisition before monetization. It may also explain why Facebook was willing to pay so much for WhatsApp—the company is making an effort to gain audience share abroad.
Line is a particularly formidable competitor, as it has over 400 million registered users and earnings that rival Twitter—in Q4 2014 net sales were $120 million. If you think apps are just a cheaper way to text, you’re missing their potential: they’re content portals enabling 1:1 interaction with friends and fans. And despite WhatsApp grabbing most of the headlines with its 'Say no to brands' philosophy, users do want to connect with their favourite retailers, celebrities, sport teams, and more so over messaging apps.
Our experience with Rally’s social media marketing has taught us: give fans the right experience, and they will not only like you, but even seek out the platforms you endorse. With this in mind, we see brands and media owners already playing a large role in elevating WhatsApp’s biggest competitors like Line, Kik, and Snapchat.
So, as the battle for messaging app dominance unfolds, let’s take a close look at the ecosystem, and understand what brands and media owners need to know to succeed in this new frontier of social media.
Teens and young adults are leading the growth of messaging apps:
Some 31 per cent of all mobile users used an instant messenger service in 4Q 2013. Users of messaging services spend 7.6 hours per month with them on average and 29 per cent of adults 18-24 use a messaging service almost every day.
Privacy is the biggest factor driving younger audiences to protect their online privacy by controlling access to their online personas, removing concerns of parents, schools, or employers seeing their activity.
Disposability is another reason. Messaging apps make it simple to switch between online personas and groups, and drop them as desired.
It is also an informal medium to meet new people and share common interests while excluding unwanted messages and spam.
What can brands do to stay relevant?
Move messaging into fan experience: Line for instance found great success with stickers, celebrity brands offer an exclusive content to allow users to express themselves through the images, characters, or brands they love. As of February 2014, Line had over 500 sticker characters globally and is making roughly $18 million a quarter on sticker packs, and even more on in-game purchases. In April 2014, the Creators Market will begin to allow anyone to design, submit, and sell stickers on the Line store for 50 per cent of the profits—a shrewd move that will help penetrate new markets.
Paul McCartney’s Line account, which has over 10 million followers, released a set of eight exclusive stickers showing Paul’s face making various expressions. Stickers were free for the first few weeks and then offered at $1.99.
Getting native right: The ascent of messaging apps represents a desire for one-to-one and one-to-few communication instead of one-to-many. These apps are a haven where users talk to the people they care about most, and where there’s less pressure to have the community at large like or re-tweet everything. This is an inherently tricky proposition for brands used to a broadcast approach, and most messenger services are keenly aware that traditional advertising—banners, video ads, and mass messaging—could erode user experience. On the whole, they are more inclined to experiment with “native” experiences.
For brands and apps alike, creativity will be required to get “native” right. Tango, perhaps the “blingiest” of the messaging apps that boasts of close to 200 million users and a penchant for wildly animated stickers that dance across the screen during video and text chats, is notably brand-friendly.
In late 2013, Tango launched “native” mobile ads which appear in the news feed and chat tab in the same card format as original content, but with a “sponsored” icon. Ads mostly drive app downloads for mobile games and other entertainment apps.
Enhance the conversation: Provide truly shareable, fun content that lets people connect. With branded stickers, the challenge is to create images that let users express themselves in likely conversational scenarios.
Create opportunities for fans to interact: The most popular game on Kik is called Costume Party, and it attracted over 1 million players in its first 24 hours. Built by a company called Koala, it asked users to draw costumes on top of photos of friends and to share them rapidly in one-to-one conversations. Brands could build this type of game to engage existing fans while reaching new audiences.
If you have to hard sell, give them something they really want: There have been successful coupon distribution and e-commerce campaigns on messaging apps, but they rely on giving users a notably exciting offer. Go beyond broadcasting typical messages about discounts or regular sales.
How can brands build a community?
The same way as Facebook and Twitter primarily let brands broadcast messages on a one-to-

many level and let fans comment or respond, messaging services can allow fans to truly bond with each other over the shared love of a brand.
For messaging apps, brands can contribute to the user’s experience in two areas: visuals (or media), by providing people with shareable content; and messaging, both to and between users.
A new mindset for a new ecosystem
Messaging as a behaviour isn’t new; it’s simply the continuation of texting and instant messaging that was established over 20 years ago. Smartphones are simply making it easier for people to chat whenever and wherever the mood strikes them.
In today’s on-demand environment, brands must shift their mindset: instead of dictating how and when consumers engage with brands, now consumers can control their interaction. Brands must seek inclusion in order to influence how consumers talk about the brand with their peers. Before jumping into the messaging ecosystem, determine where and how your brand can add to the dialogue. Consumers are looking for content that improves their experience, not spam on a new medium.
Prashant Kumar is president of IPG Mediabrands, World Markets Asia
Research material and images courtesy: IPG MediaLab

This article first appeared on www.campaignasia.com