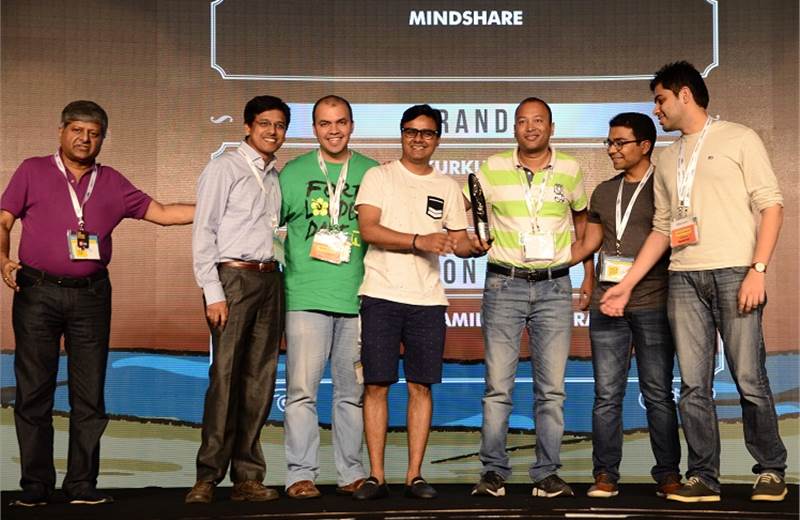 Mindshare bagged a total of 10 metals at the Media Abbys on day one of Goafest 2017.
The agency bagged two Gold, five Silver and three Bronze metals.
Its entry 'Nayi Soch' for Star Plus snared one Gold while the other came for 'Dove reframes the beauty debate in India' for Dove.
Maxus' tally for the night was seven as it bagged a Gold, four Silver and three Bronze. The Gold win for the agency came for 'When courage prevailed from 8PM to 8AM' for Sonata ACT.
The Social Street bagged a Gold and three Silvers. The Gold win for the agency came for 'Stars in their eyes' for Good Day.
Milestone Brandcom's tally of three metals included a Gold and two Silver. The Gold win was for 'Dabur Lajja Kavach' for Dabur.
Dentsu Webchutney and Mediacom bagged two metals, a combination of a Gold and Silver each. Webchutney's entry 'The Dyslexic Captcha' for Jaslok Hospital and Research Centre bagged the win, while Mediacom's Gold came for 'Dads #ShareTheLoad' for Ariel.
Lodestar UM also won two metals, a Gold and Bronze as did ibs. Lodestar's Gold win was for 'The world's first streets named after street kids' for Doorstep School. ibs bagged a Gold for 'Superfans - using social to drive loyalty'' for Bajaj Electricals.
Shemaroo Entertainment bagged a Gold for FilmiGaane Antakshari.
While Madison Media did not bag a Gold, the agency got five Silver and three Bronze metals.
View the media tally from the night: