Goafest 2015: ‘Consumers are deeply invested in content because their online reputation depends on it’: D Shivakumar 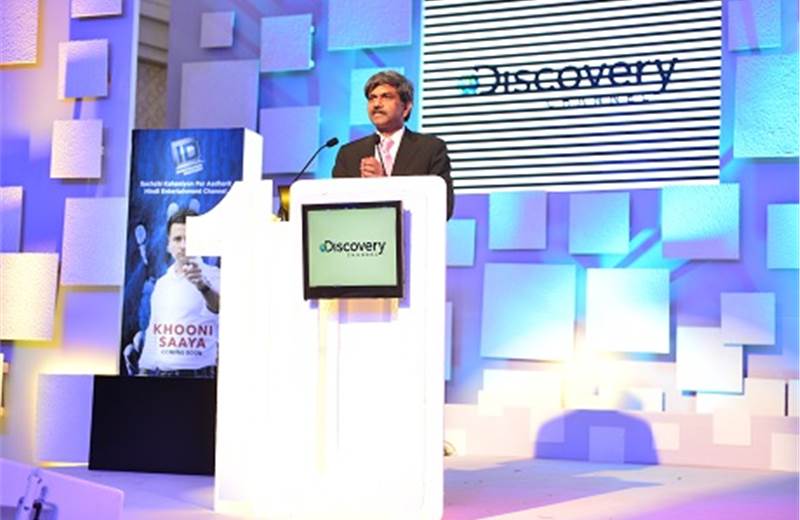 Goafest 2015 kicked off on 9 April with an address by D Shivakumar, chairman, PepsiCo India, as part of the Discovery Industry Conclave.
Urging the audience to rethink marketing in a mobile-first digital world, the speaker underlined that while change is a constant, what marketers need is ‘someone to connect the dots’.
“Take fragmentation for instance. Fragmentation leads to specialisation. A marketer who was dealing with five people (agencies) earlier, now has to deal with 16 or 17 people.  The challenge is, how do we integrate (all those specialised services) with what the brand requires? And who has the seat at the table with the client?” said Shivakumar, making his presence felt for the third time at Goafest, in the festival’s tenth edition.
On the challenges arising from complexity of the media universe and rapid adoption of new technology, he explained, “Complexity by definition is not bad. You need someone to connect the dots. We need collaboration. Fragmentation and complexity pose significant challenges.”
Shivakumar said that internet ad spends (global), which are lagging TV presently (USD 140 bn versus 169 bn), would soon overtake the latter.
Whose job is content creation?
Quoting findings from a study, he said that in emerging markets like Brazil, India and China, users are more likely to recommend a brand online than in developed markets, making it imperative for marketers here to be alive to a mobile-first digital universe.
Pointing out that 45 per cent of the world’s population is aged between 16 and 24 years, the speaker noted that everyone today wants to be famous online, making consumption and sharing of content important to them. This therefore makes it imperative for brands to be part of the content story, he contended. And they see content as a ‘social commodity’, he said, because they are able to share it freely.
“Consumers are deeply invested in content because their online reputation depends on it. And content is going to be king in a mobile-first digital world because they can share it freely (and instantly). I believe broadcasters and brands will collaborate a lot more (to create content). Content generation won’t be the job of just an ad agency. It won’t just be a creative department exercise in the next 10 years,” he explained.
On the subject of real time content, he cited the example of KitKat (Bendgate) riding on a news event surrounding Apple, predicting that one would see ‘a lot more of those’ in future. “Real time marketing will force you to work as a team,” he observed, with a mention of the Loop Room at Mindshare. Is social ‘media’ or ‘community’?
It’s a bit of both, according to the speaker. He termed it as ‘a fantastic media channel’ for marketers, while for consumers, it serves the role of a community – more so in the area of consumer complaints.
The analog to digital evolution
Tracing the journey from cinema to TV, through to laptop, phone, tablet and retail, the PepsiCo India head noted that the biggest real estate every marketer would want space on was the mobile screen.
He touched upon retail and use of technology therein. Noting that we will see increased use of technology on aspects like tracing patterns of movement of customers in-store, he said, “Some retail companies are already embracing this. The analog to retail evolution will be complete when retail embraces it (technology).”
What clients want…
On the things clients want from their agencies in future, Shivakumar listed the following: ‘Strategic planning, quality of management, buying (efficiency), creativity, insights, value for investment and technology solutions.’
He added, “Many agencies can spin technology solutions off as a business. This can be a huge value stream if done well.”
Who is to blame?
Addressing a question from Arnab Das Sharma, president, BCCL, on whether agencies are ‘not brave enough’, Shivakumar responded: “Clients are more to blame than agencies when it comes to decision making. Once the client takes the risk, the agency will follow. If you try ten things, you should expect a strike rate of five or six. We are getting seduced by tactics to a level that we are forgetting strategy.”