Campaign India speaks with the South Asia ad sales head to learn if the IPL, ICC Men's World Cup T20's closely-knit schedules mean brands have to choose one, and how ESPNcricinfo is looking to create more consumer visibility

When the 2021 edition of the IPL was paused due to the second wave of the Covid-19 pandemic and rescheduled to September and October this year, there were a few concerns about the tournament being too close to the ICC Men's T20 World Cup, which could cause advertising and viewing fatigue for brands and fans.
We caught up with Akshaya Kolhe, head of sales, South Asia, ESPNcricinfo, to learn whether this is the reality, whether streaming platforms are hindering the growth of ESPNcricinfo, and more...
Edited excerpts:
Tell us about the advertising interest on ESPNcricinfo for this year's IPL. Are advertisers spending more on this year's tournament or are they splitting their budgets to also be a part of the upcoming World Cup T20?
The two big-ticket sporting events aren't cannibalising advertising spends at ESPNcricinfo. 25% of our clients overlap between both the key tournaments.
We have managed to sell 100% inventory to brands during this year’s IPL. The forecast for T20 World Cup cites almost 60% of advertisers cashing in on the marquee sports event.
What kind of brands advertise on the website? Is there a different set of brands on the website and the app?
The brand categories onboard are diverse. From traditional brands in technology, BFSI, FMCG, Edutech, consumer durables to the new-age digital online b2c and b2b segments.
20% of the advertisers invest in the app as it provides higher click-through rates. However, we intend to always transition the content so that it caters to the MWEB (mobile web) user. For a majority of our advertisers, there isn't a distinguished approach.
With the video streaming rights for the tournament acquired by Disney+ Hotstar and with the growth of video streaming accessibility, is there a threat for ESPNcricinfo?
For audiences in the age group of 35-40 plus cricinfo is a cult brand and for mid-twenty-year-olds, it is a go-to destination. There is no competition with video streaming, the fan has a latent need to consume sports all through the day during a match.
The growth of video streaming is only going to increase the consumption of our platform. The fan is on cricinfo 24x7 as it delivers ball-by-ball text commentary, pre, post-match, journalistic commentary and analytics. The fandom is not limited to live matches.
Consumption habits of connected TV and handsets further enhance the overall value of sports on digital platforms. With Disney+Hotstar having rights and pushing the envelope our advertising inventory rates have also increased.
Even in a live stream era, there is still a fan following for ball-by-ball commentary. Giving the fans a dual-screen experience. OTT platforms streaming the IPL and ICC men's T20 tournament, need to put out ball-by-ball commentary as it garners a majority of cricket enthusiast eyeballs.
We have also seen the emergence of the likes of Dream11 that operate under the content arm along with its fantasy platform. With a fair share of users on fantasy gaming sites, how can you continue attracting the cricket fraternity?
The fantasy gaming audience comes to our platform to gain statistics on the most valued player and insights on the prospective teams. Our goal is always to create content that adheres to the new age fans.
When the pandemic struck last year, there was no live cricket action for close to three months. How did you keep consumers and advertisers interested?
Any crisis brings out innovation, the editorial and video teams put out shows like Cricketbaazi. These shows were hosted by former cricketers like Aakash Chopra and Sanjay Manjrekar, as well as the editorial and video teams of ESPNcricinfo.
We put out shows with Indian cricketers from Ishant Sharma to Ajinkya Rahane as they were available during the lockdowns. In addition, the online cricket magazine 'Cricket Monthly' written by eminent sports and cricketing fraternity members was consumed during this time.
From an editorial and content point of view, we started scoring classic matches from yesteryears like the 1983 World Cup final. These content innovations recorded 15% growth during the pandemic. 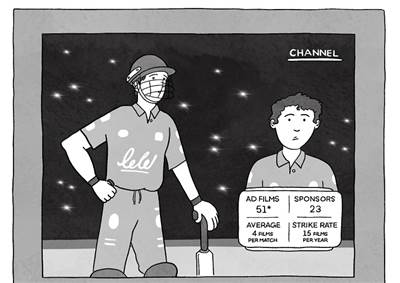 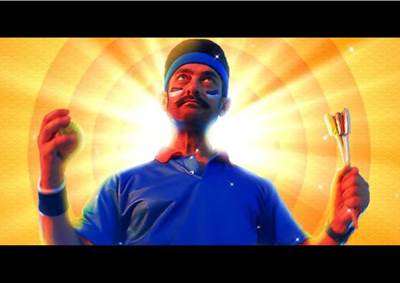