Consumers are far more experimentative because of the options OTT provides: Ferzad Palia

Voot Select has announced the launch of a docu-series ‘Bandon Mein Tha Dum’, which narrates the unheard stories and challenges behind India’s historic win against Australia in the 2020-21 test series.

The trailer for the same was launched on 1 June 2022. The show through the Indian filmmaker, Neeraj Pandey’s lens aims to create a compelling piece of content for the cricket fraternity.

Campaign India spoke with Ferzad Palia, head - SVOD and international business, Viacom18, to garner insights on the show's marketing plans, how the docu-series is different from the Sony Sports version, and why the consumer trend is shifting to SVOD offerings.

What are the marketing plans employed for the launch of Voot Select's docu-series - Bandon Mein Tha Dum?

We are looking at a diverse marketing plan for this series. This encompasses digital advertising, TV, print, and there is a lot of social media awareness that we will be employing. It is an overall multimedia campaign that we are executing.

At the heart of it, we aim to create a buzz about the cricket series once again.

We genuinely expect a lot of organic conversation for this docu-series. We do expect with the launch of the trailer, people actually voice their opinions and talk about the series all over again.

What is the marketing split for the docu-series?

We have an evenly split weightage. But if I have to pick one of the mediums it would slightly be inclined towards digital.

But given that we are deploying outdoor, television and print it is not completely skewed towards digital.

Due to the type of content, it helps us if it reaches a wider audience. Be it age group or market agnostic.

Sony, the official broadcaster of the cricketing series had released a docu-series about the IND vs AUS match in January 2022, how is this show going to be different?

Bando Mein Tha Dum is a series told from the inside of the dressing room. It is told from the horse's mouth. We also have participation from a lot of players.

Over here, we have also got competitor accounts of the match from Pat Cummins and Tim Paine. We also have got journalistic accounts from two reporters who could cover the series at the heart of the pandemic. It also has psychologist accounts as this series was mentally draining and to come out of it requires mental strength.

We looked at the docu-series ‘Bandon Mein Tha Dum’ from a variety of perspectives and hope the audiences connect with it.

As the show is launched on Voot Select, an SVOD model, what is your plan of approach to a digital-first strategy for any show launch on the network as more and more consumers are shifting to on-demand and connected TV. How does the network persuade consumers to join an SVOD offering?

The consumer over the last two years is very happy to pay for a subscription service. But they are not going to pay just because you want them to. The consumer must see enough value for their money in our offering.

Most of the time, across the industry, consumers come in for one show, a movie or a particular type of content, and then they essentially stay on. This is the holy grail of the subscription business.

We have seen great success with several of our content properties where existing users on Voot who are not yet members of Voot Select come across something that they find interesting. This gives them the push to upgrade to being members of Voot Select, and thankfully our retention numbers are robust because of this.

The subscriber is still however predominantly male because maybe the male member of the family is making the payment transactions. But what we are seeing over the last couple of years is that the subscription base is also growing at a faster pace even outside the main metropolitan cities in tier two and three regions.

As the series ‘Bandon Mein Tha Dum’ is the first docu-series, has there been a rising consumer trend in this genre that influenced the OTT platform to go down this route?

The consumer is far more experimentative because of the options OTT provides them with than a few years back, this is where the insight is garnered for us.

We look at the story and figure what’s the best format to tell the story. Is it a short-form, a one and half-hour movie, an 80-minute movie, a four-part series, or a 10 part series? A lot of these decisions come through developing the script and the entire writing process of a show.

The show Bandon Mein Tha Dum is unique. People know the story. But it is about bringing it in a way that it doesn’t come off as a fictional series. There was a lot that was not covered for an array of reasons. There weren’t any reporters or press conferences due to covid protocols. Therefore it was essential to tell the story with first-hand accounts and what the cricketers went through. 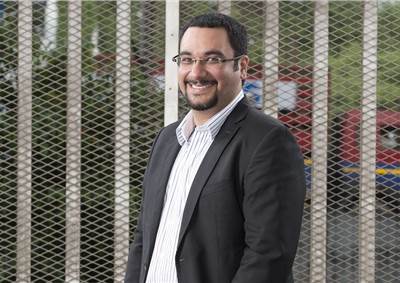 Year-ender 2020: 'It's made us stronger and opened our minds to a lot of possibilities'...