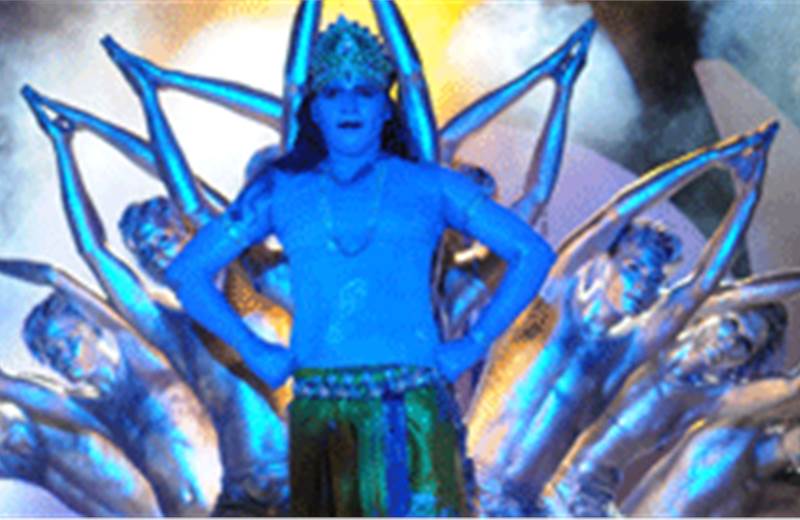 After the first season, where the Prince group from Orissa (pictured above) that comprised of daily-wagers, won the award for creating the most entertaining act in India, India's Got Talent is back, with a search for some ordinary people with "astonishingly extraordinary" talent. The show will have Kirron Kher, Sonali Bendre and Sajid Khan as jury members.
Named Khoj 2, this season of the show travels to Delhi, Kolkata, Mumbai and Ahmedabad, Ludhiana, Lucknow, Muzaffarpur, Jodhpur, Guwahati, Shillong, Gwalior, Nagpur, Thrissur, and Srinagar to find the group of people/person with the best talent in the nation.
Commenting on the show, Ashvini Yardi, programming head of Colors said, "After a very successful first season, we knew the second season of India's Got Talent had to be something much much bigger. This season, we're not only going to be the most unique talent hunt show, but we plan to outdo ourselves. We are traveling to over fourteen cities to audition everyday regular people who have some interesting talent in them. We are looking for something that makes us go 'a-ha'. The scale hence, is much bigger than last season. Also this season, we have Sajid as one of the judges who brings with him years of experience as a performer, writer and a director and who knows what clicks when it comes to entertainment. The audiences are in for a rocking season with India's Got Talent Khoj 2."
Describing this season's production and concept, Siddhartha Basu, head of BIG Synergy said, "Last year India's Got Talent went beyond standard filmy entertainment to unearth exceptional talent, from a spectacularly sensuous salsa to kanjivaram clad saxophone sisters, from Nallasopara hip hop to silver painted modern mythmakers, from ventriloquism with political comment to mind-blowing mallkhamb. The diversity and richness of talent was breathtaking. This year the Khoj goes further, reaching out for any form of outstanding entertainment that will delight the viewers."
India's Got Talent Khoj 2 will hit the Colors later this year, while the call for auditions has already been sent out. The show is conceptualized by Simon Cowell's SYCO TV production company and UK’s FremantleMedia.
Along with this, Colors has added Thoda Hai Bas Thode Ki Zaroorat Hai, a show based on the life of a middle class Maharashtrian family based in Mumbai. The show starts on the 7th of June and will be aired on weekdays at 7:30 pm.
Commenting about the show, Yardi said, "Viewers will feel like they are watching their own story unfold on screen as Thoda Hai Bas Thode Ki Zarrorat Hai takes inspiration from a very real life situation. The simple yet powerful storyline combined by a seasoned cast is sure to bring in freshness to the evening band for the channel. Viewers will connect with Mugdha and relate with her moments of conflicts, sacrifices, adjustments and happiness.”
The producer of the show Goldie Behl of Rose Audio Visuals said, “Thoda Hai Bas Thode Ki Zaroorat Hai is a story of a middle class family with simple aspirations needs and wants. We have been known to make shows that take inspiration from reality; this is yet another step in the same direction for us. We have tried to create the charm of a Marathi household and at the same time tried to bring out the simplicity of the family's modest lifestyle against the backdrop of fast paced city like Mumbai. Though the show is set against the urban backdrop it embodies deep rooted culture and values and shows the dedication of a girl who will go to any length to keep her family together”
The starcast for the show includes Neena Kulkarni, Asavari Joshi, Aarti Singh and Romit Raj amongst others.