Can retail brands take on e-com players online? How?

Santosh Desai and Pinaki Ranjan Mishra tell Pooja Ahuja Nagpal what advantages a brick and mortar retail chain could have, when it competes online for sales.

As an online shopping destination, do brick-and-mortar retail establishments have an advantage over pure-play e-commerce portals? If yes, what are the advantages?

Santosh Desai (SD): The advantages are you already have a supply chain and have a built up back-end. You know the business in and out and you know the consumer. S/he who may not be identical as the offline one, but you generally have a sense of what they are looking for. Whereas, the other players (pure online) are learning it from scratch. The most important one is the fact that you have a sense of the back-end, and the merchandise. This is the advantage that traditional players have.

Pinaki Ranjan Mishra (PRM): In some sense they do but in some they don’t. In products where fit, personal touch and feel is important, brick and mortar stores have an edge. Having said that, online retailers have an edge in products that are more standardised like electronics, books, some footwear and apparel categories, etc. I think the biggest advantage that online retailers have is actually being able to communicate with their customers through an effective and inexpensive medium like the web and address a market that’s virtually the entire globe (while) sitting in a single location. The challenge for them is to get paid for the convenience they provide.

Does existing offline presence ensure more trust in a retail brand going online, as against a pure-play e-commerce player?

SD: To begin with, yes. Since the norm is that you don’t have the traditional retailer online, I think that advantage exists. But it is not something that is experienced all the times. In the early days it does make a difference.

PRM: Initially it appears so but online players have been quick to realise that customers may be hesitant to deal with a faceless entity on the internet. They have managed to inspire trust by providing a good call centre system with trained agents, better returns policies, more transparency, focus on quality etc. However it needs scale and investment so we can’t expect every online retailer to be able to do that.

Can a retailer with online presence create better loyalty than a pure-play e-commerce portal?

SD:  Not necessarily. I don’t see why that should make a difference as loyalty depends on the ability of the player to build (it). I don’t think there is any fundamental reason why one player should be more suited to create and build loyalty than the other.

PRM: As explained earlier, loyalty can be created by either channel, its just that the way to do so would be different.

Are retail stores with online presence integrating their online and offline presence well? Can doing so create stickiness online?

SD: I don’t think retail stores have done enough online. Even when they are present, I think that there is a lot more that retail stores can do. Because at one level, it is the same model like online, but what actually makes these two work are very different things. There is a lot of learning to do, which these (brick and mortar) players are still in the process of.

Essentially, it’s a question of whether online becomes a destination for potential buyers. If it does and the pricing is right, then stickiness will follow.

PRM: I think the foremost area to leverage would be the supply chain and probably most of them are already doing it. They would also have a fair bit of consumer understanding which they could use for their online offering or vice versa. Being both online and offline would result in some stickiness definitely but as I mentioned earlier some online retailers are also addressing these trust and loyalty issues quite well.

E-commerce players going offline: Is this more feasible in certain categories? Which are they?

A retailer selling online has to ensure the same brand identity, pricing offline and online. Is this correct? If yes, is this a disadvantage for retailers going online?

SD: Not necessarily. But if you are a brand and are unable to harness the power of your offline brand then you are obviously losing something. If the online is merely an afterthought as far as the consumer is concerned and it doesn’t seem to be a presence which is fully fleshed out and supported, then it also doesn’t get credibility.

When an offline retailer goes online there are disadvantages in that it seems to be slower, larger and has a set way of doing things that could be different from the online norm. Sometimes, the sense of knowledge that you have can actually be much more of an hindrance than help - it tends to be a big disadvantage.

PRM: Brand identity yes. You can’t be a discounter offline and become a premium online retailer. However there are many ways to manage some of these perceptions. Having different product categories or SKUs, or most importantly promotions, is a great way to provide value in each channel without compromising on the brand. Apple does this quite well where they promote discount vouchers and special prices on the web but sometimes customers can get the deals only in the stores. So in effect it not only addresses the online customer but also gets her/him to the store. 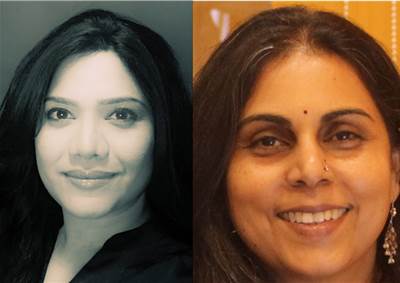 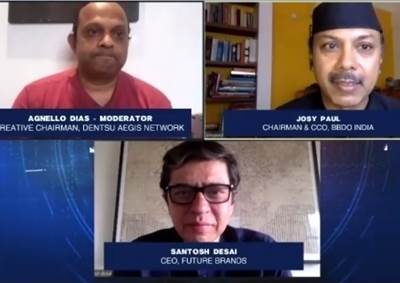 Debate: Brand purpose - is it 'responsible' or 'opportunistic'?