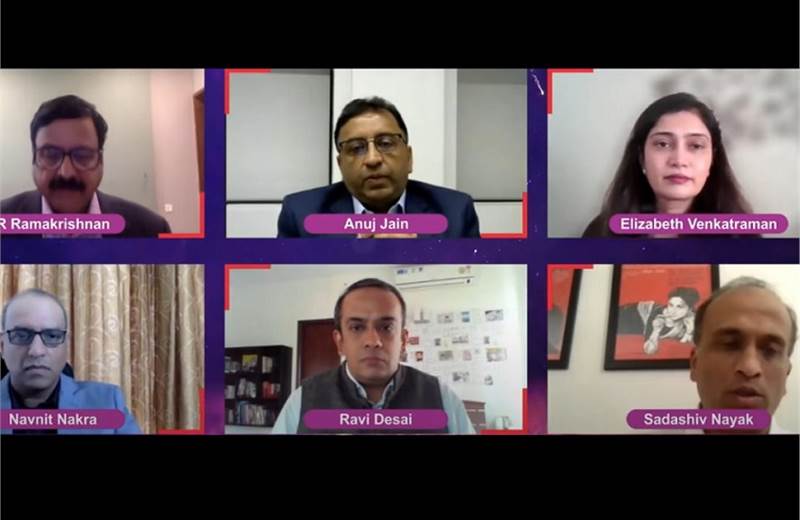 The ISA (Indian Society of Advertisers) hosted a virtual panel discussion to discuss whether the festive season this year will reignite growth in the country.
The panel was moderated by R Ramakrishnan, chairman, ISA Events, chairman, Transformia Advisors, and featured Anuj Jain, executive director, Kansai Nerolac Paints; Elizabeth Venkataraman, joint president, consumer, commercial and wealth marketing, Kotak Mahindra Bank; Navnit Nakra, vice president and chief strategy officer - India, One Plus; Ravi Desai, director, mass and brand marketing international, Amazon; and Sadashiv Nayak, chief executive officer, Future Retail.
Ramakrishnan set the context for the panel by stating how he believes after two waves of Covid in the country, consumer confidence is now recovering. He shared that discretionary spending went up by 21% in August and that augurs well in the lead up to the festive season which also sees big-ticket cricketing events like the IPL and the ICC Men’s T20 World Cup.
The panelists began by stating what is the mood in the nation, and how do they see this season compared to pre-pandemic seasons and the changes.
Desai stated that after 18 months of the pandemic which has left an emotional scar on millions of families, there will be two key themes going forward.
“The country is trying to reclaim their lives. There is a need to go back to what a joy-filled Diwali feels like. Last year Diwali came during the first wave. So, this year we feel customers will want to reclaim their lives. There is also a certain level of rising excitement about how this particular festive season and the wedding season that closely follows will be able to see customers fulfilling their wants rather than focusing on their needs. This year, we believe there's a rising excitement and if things remain the same, we will see it change. Categories like personal computing devices, home apparel, smartphones, will grow.”
Venkataraman stated that the vaccination drive has driven a lot of confidence across the country.
She explained, “From a bank's perspective, what is changing is that we are seeing an increased revival in certain sectors. Whether it's for credit, home loans, auto loans, credit card and debit card spending, digital payments - we are seeing a rise in spending. People were earlier unsure and that trajectory is changing. There's an increase in spending, for sure. But having said that, we know there are many Indias and many consumer segments.”
Adding to the change in purchase behaviour, she said, “We saw a focus on one's health and wellbeing whether it was proactively taking care of one's health apart from the way people were taking care of them during the pandemic.”
Nakra agreed with the moderator about the positive spirit being on the rise as the country enters the festive season.
“For all marketers, the festive period is the most important sales period. The festive time is considered very auspicious to buy large ticket products. While we believe that there is a bit of a dampening in spirits because of the pandemic, the positive spirit is on the rise as we get into the festive season. A report published by YouGov mentioned that many urban Indians have demonstrated a higher appetite to spend this festive season compared to last year. This is a positive indication of what is around the corner,” he said.
On the growth of the sector during the pandemic, he added, “When we look at our industry, in quarter two of this year - April, May and June, we saw an all-time high of the growth of smartphones. Even the smartwatch and the audio segment have seen a double-digit growth compared to last year. One of the reasons we believe this is appropriate is because with the pandemic we all are working from home and consuming digital content like never before.”
Nayak added that he’s been travelling around India and noticed that consumers have a positive sentiment with regards to spends. Building on Venkataraman’s point about multiple Indias, he said, “Consumers are making adjustments and negotiating with how they want to shop. During the lockdown, we saw people looking to care and contribute. We saw people ordering for themselves and their neighbours. Saving remained a common theme and people wanted to save more.”
Responding to a query raised by the moderator about North and South India recovering faster than the rest of the nation with demand increasing Nayak said, “There was a lesser dependence on malls in these areas. We run some independent fashion stores, supermarkets and the recovery is in line. Secondly, certain states had more stringent norms in place, for the right reason so one had to adjust to that. For the Western part, Gujarat and Rajasthan are following the trend for North India but Maharashtra is lagging because of the norms.”
Jain discussed how the paint industry has also recovered because when people were locked inside their homes, they were more conscious about how they looked.
“People are looking to celebrate more and could lead to better growth numbers. I think people are more conscious about homes now because they're spending more time there. It's your environment and it has to be positive looking,” he said.
He also added that the urban market’s recovery is slower than rural.
He explained, “Post the lockdown being lifted, the smaller towns responded well and the business saw a lesser impact but the urban market took longer to revive. People in the urban areas were more cautious and not willing to let the painter enter the house.”
He ended by stating that while the concept of value remains top-of-mind for consumers, what they are looking for has changed.
“We haven't seen anyone downgrading in terms of quality for paints and they are not looking for more for less. People are looking at long-lasting paints instead. Overall consumer sentiment is high and yes, there is a concept of revenge buying. People have to make a comeback. And confidence is high too,” he explained.