Marketers who find themselves in meetings where corporate responsibility drives the conversation are likely to find that the world of CR speaks in a way that’s distinct and often confusing.

The language of CR is messy, featuring dozens of jargony terms that are themselves often defined by more jargon. Worse, definitions of any given word of this gobbledygook can even run counter to each other. The result is an intimidating, soundalike word swirl that makes people hesitate to even enter the discussion.

It’s ironic that the very language invented to enable conversations about joining forces to make the world better is preventing people from discussing these issues.

Jargon and conflicting definitions aren’t the only things preventing meaningful dialogue. The CR industry suffers from word hash, where the same words are endlessly recombined in different ways for essentially the same intent. Search almost any two-word combination of business, corporate, environmental, social, community, sustainable, impact, leadership, accountability, citizenship or responsibility and you’ll find it’s been used by someone. 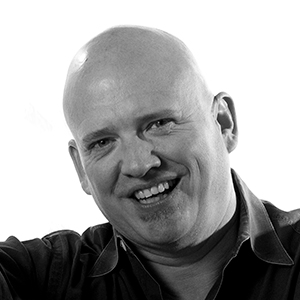 If that weren’t enough to spiral you into stupefaction, there are even triplets of the same words. Two of the most common are corporate social responsibility and environmental, social and governance. Of course, this all quickly devolves into an even more cryptic vocabulary of acronyms, including CSR, ESG, SDG, SRI, GRI, PRI, TBL and SI.

So how did this word swamp come to be? Several reasons.

For one, the profusion of  industry stakeholders has been unable to land on umbrella language that can serve as a catchall. For a while, sustainability looked like a promising macro-term. But then the word became contentious, as staunch environmentalists attempted to define sustainability purely as conservation. Others tried to broaden the definition to include social justice and governance, and still others pushed the broad notion of overall corporate health and vitality over the long run. CR is another likely candidate, but detractors argue that societal good needs to be more represented and believe corporate social responsibility (CSR) is the term to use.

Then there’s the universal pressure to be unique. Many companies desire distinct, ownable approaches that connect back to brand values and are differentiated from competitive efforts—corporate responsibility’s version of "not invented here."

Some of this is understandable because the concept of corporate responsibility, while not new, is still nascent, particularly when it comes to how it bridges into purpose-driven marketing. Corporate responsibility marketing is unexplored territory that’s still being invented and defined. The thinking hasn’t settled into the types of familiar conventions driving modern marketing, and the changeable language reflects its immaturity. That’s why all the jargon and complex wordplay exist.

But here’s the good news: This giant CR word cloud is actually a sign of health. New language emerges during times of innovation and cultural change. At Sustainable Brands, the world’s largest CR conference, fresh vocabulary appears every year. This year the term humanity—a word that until now hasn’t been a major part of the CR lexicon—was in fashion.

While it can be annoying, unfamiliar language reflects evolving points of view intended to inspire thinking and start new conversations. It’s a reflection of the profound change in how people see the world.

So how are marketers supposed to proceed in this noisy verbal environment?

Chances are good that all this verbal dexterity will settle down in time, because as more marketers become seriously involved in CR, the demand for a more precise, universal language will emerge. Until then, the best course of action is to be careful and thoughtful and to remember that sometimes what people say about CR may not always be exactly what they mean.

PR agencies morphing to keep their share of the ...