Mario holding up the middle finger and Valve announcing fake games. Verified Twitter users are impersonating brands, and there’s not much they can do about it 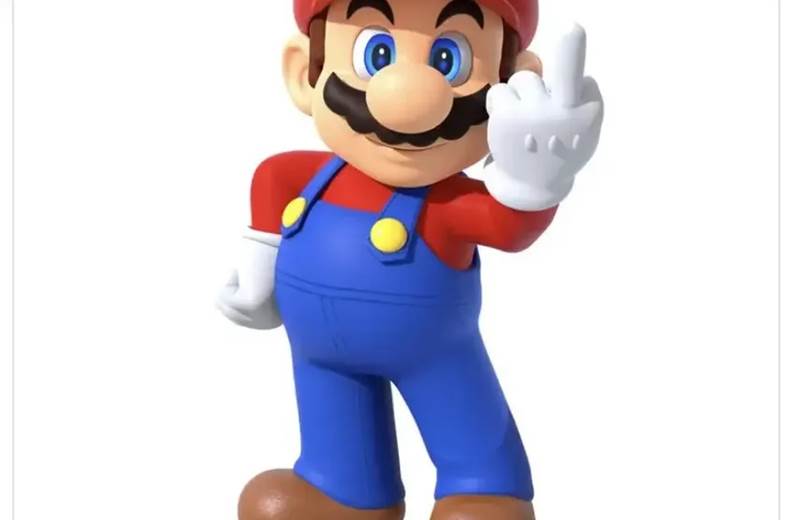 Twitter just began offering verification badges for $8. For the price of a sandwich, anyone can transform their account into a seemingly authentic profile.

That means any Twitter jokester — and there are many — can easily impersonate companies. Some brands, including Nintendo, Apple and Valve, have learned about fake game launches and seen their IPs depicted in unflattering ways.

From a brand safety perspective, Twitter is a nightmare to navigate right now.

Every single advertiser is about to drop Twitter in the next 48 hours. Person creates fake Nintendo Twitter account, pays $8, gets verified immediately and within 2 hours, all their sh**posts go viral. Real Nintendo account gets spammed with complaints. pic.twitter.com/7CZcwYJDsd

The second verified account is actually @/appletvpius - they just capitalised the i.

This is going swimmingly. pic.twitter.com/lOVbbl41dN

Images of Mario flipping the bird and making an ahegao face stayed on Twitter for about two hours.

A post from a Valve impersonator, “valvesotfware,” compared to the real valvesoftware, falsely announced that the “Neon Prime” trademark it registered in October was for a sequel to a niche disk-throwing game released in 2000 called Richochet. That tweet stayed up for much longer than imposter Mario. Valvesotfware commented that being able to purchase a verification badge that, at first glance, looks no different than earned badges probably isn’t the best idea.

In the case of these impersonators, there are clear signs that the accounts aren’t legit, including that most have small follower counts. Clicking or tapping on a verification badge shows how it was earned. If a brand purchased its badge through Twitter Blue, that’s a good sign there’s something afoot.

Nintendo and Valve did not immediately respond to requests for comment.

Other impersonators got crafty with their handles. One Apple TV imposter made its handle AppleTVPIus compared to the real AppleTVPlus by capitalizing ‘i’ to replace the lowercase ‘L.’

It’s genius and I hope more folks do this. It’s free money for Twitter.

Users have brought fake brand accounts to Musk’s attention, to which he’s replied with laughing and money bag emojis, implying that Twitter’s still making money off of the $8 imposters spend on their badges.

Twitter said it will “aggressively go after impersonation and deception,” but users have been getting away with brand impersonation for hours before having their accounts suspended. In that time, some rack up quite a few retweets.

On Tuesday, Musk announced a roll-out of gray verification check marks to verify publishers, commercial companies and major public figures as “official,” distinguishing them from a user that drops $8 for a badge through Twitter Blue. He axed the idea on Wednesday.

The same day, he held an “advertiser town hall” to address concerns on the platform, telling the many brands in attendance that they will need to pay for verification. He also tweeted that organizational affiliation and identification verification is coming to verified badges in “days to come.”

In initial emails to Twitter staff, of which more than half have now been laid off, Musk said that “over the next few days, the absolute top priority is finding and suspending any verified bots/trolls/spam.”