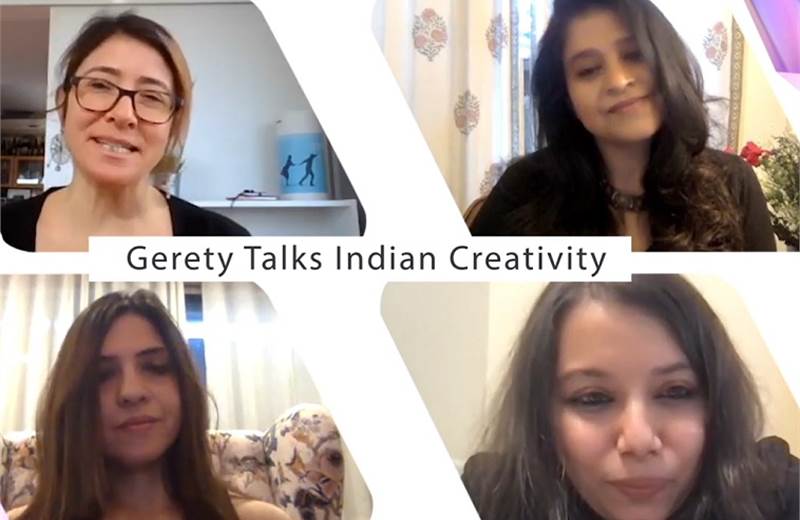 The organisers of the Gerety Awards held a panel to discuss the state of Indian creativity. The panel comprised Kainaz Karmakar, chief creative officer, Ogilvy India; Pallavi Chakravarti, creative head – West, DDB Mudra and Swati Bhattacharya, chief creative officer, FCB India. Lucia Ongay, co-founder, Gerety Awards, moderated the panel.
During the discussion, the trio described why talent and the lack of it, is the biggest challenge the industry is facing.
Chakravarti stated that finding people who are in love with the job is getting more difficult with more creative streams being available to the youth.
“I won't be the first one saying this, nor the last. The paucity of talent is the biggest challenge we are facing right now. We're losing talent every day and across levels to the likes of content shops, OTTs, the Indian film industry, and those moving to the client-side for marketing roles. If people love this job, only then will we be able to produce great work,” she said.
Bhattacharya echoed Chakravarti’s views and added, “You have to have passion and interest. If it's all about salary, then advertising will never stand a chance with the other possibilities. Finding people who are in love with advertising is difficult. The only way to get more people interested in advertising is to constantly create work which gets them excited in what you do.”
Adding to the talent challenge, Karmakar spoke about the importance of consistency.
“It's a real challenge. The way you inspire people can't be a flash in the pan. You've to do it again. It's like bread that has to be baked fresh every morning. When you're responsible for the work of an office, you have to ensure that the product that comes out remains cutting edge, creative and appreciated every time.”
Indian creativity
Karmakar called the state of Indian advertising ‘less subtle’ much like the Indian population when responding to a question about how Indian creativity can be defined.
“Even as people, we are less subtle and that's reflected in the work. It's not to be ashamed of. As you know on global platforms, Indian work is appreciated hugely.”
Chakravarti explained that Indian creativity can’t be defined in one way because it isn’t homogenous.
She said, “We have such a wealth of cultural context to lean in on. India is so diverse, it has poverty, wealth, song dance, cricket, languages.”
When asked to pick their all-time favourite campaigns from India followed by one from the last 12 months, the trio shared:
Bhattacharya
All-time: I remember the Garden Vareli ads. It had the right amount of beauty and erotica with the woman draped in the saree. They had a lovely line about how a woman expresses herself in many languages. I tried recreating it with Katrina Kaif in the Slice ads.
From the last 12 months: Vice and Swiggy

All-time: The Times of India Pakiya. I remember standing at the Abbys at Goafest and this gave me goosebumps. It was created by a rival agency.
From the last 12 months: 5 Star Nothing Coin and Bhima Jewellers
Karmakar
All-time: After I joined advertising, one brand that caught my attention was Vodafone. I wasn’t at Ogilvy when they started creating work on the brand. Whether it was the ZooZoos, the boy and the dog or the BlackBerry boys, the simplicity they used in communicating was great. It made me feel great about Indian advertising.
From the last 12 months: Vice Media’s British Museum
What makes a campaign award-worthy?
Ongay asked the trio, who have been on several juries around the world, about what they look out for in a campaign.
Bhattacharya stated the need for a piece of work to do something for the consumer. "I look at work that goes past awareness. Awareness is just one leg of a campaign. What works is something that brings about the activist in the viewer. It's also about how sustainable a brand is and that tells you that it's doing something for the consumer. I also like to laugh or cry because that shows the brand is doing something," she said.
Karmakar added that she doesn’t have a list for the same, but looks for two things.
"I ask myself, did I enjoy watching the piece of work and will it do the task that it's set up to do differently. The second bit is how creatively the brief has been interpreted."
Chakravarti had a simple litmus test. She explained, “You're bombarded with so much work while judging, so a simple litmus test is, did you remember it when you move from the long list to the shortlist. It’s about what works in the first view. Seldom do things grow on you in a jury setting.”
When asked about what kind of work they like seeing awarded at creative festivals, Chakravarti added, “In the wake of Covid, I want to see work that makes me laugh. I want to also see work that revives the economy but actually sells products. A lot of countries in the world need work that sells.”
Bhattacharya had a different take on scam and stated that it needs to be done away with.
“I feel upset about a trend of work where a brand gets in touch with an artist that's already doing that work, and picks up his/her piece of work and uses that idea. Work that happens in an agency should be entered. That half-cooked piece being lifted and owned doesn't seem right. That's scam because the creative team doesn't exist,” she said.
Karmakar wanted to see new work on a similar level to Dove Beauty Sketches.
“It was around 2012, and at that time social experiments weren't as rampant. Yes, it was an experiment, but it was a film and outdoor too. After this, a lot of experiments came out. Now, I'm looking for the next breakout. It was a great way to drive home that message,” she said.
Covid-19’s impact on leadership
The trio then had advice for leaders to get the best of their teams post the pandemic hitting the world.
Chakravarti touched upon the work-life balance.  She said, “What has changed in the post-Covid world is the work-life balance. Our industry has crazy deadlines and timelines. If we don't acknowledge it, attrition will become worse. Yes, the work has to be worth it, but leaders need to be showing empathy and flexibility to let people live outside of work as well.”
Bhattacharya wanted agencies to follow a flat structure.
“The designation truly belongs to the idea. The idea becomes the CCO. I think in advertising, the work and the brand have to be at the centre of it. The way you rally around the idea, truly decides if you're a leader,” she said.
Karmakar repeated the importance of producing great work.
She concluded, “The best way to inspire people is to champion great work and do your best. Advertising is not sexy anymore and to lure talent, you need to do great work. Play to the best ideas, make sure that they come out and make your people famous! That will inspire people.” 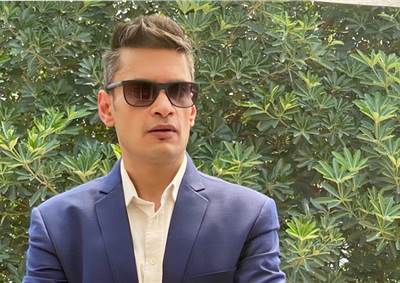