CMO Rajashree R. explains how Tata Consultancy Services' inhouse team is breaking away from stereotypical B2B imagery of buildings, servers and people, to focus on aspiration and human connection 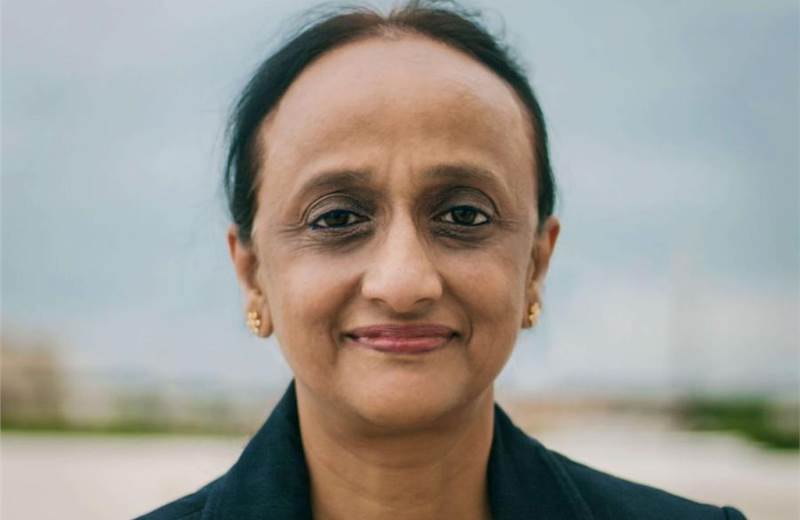 Tata Consultancy Services (TCS) is India’s largest technology outsourcer, with revenues topping $22 billion, over half-a-million employees scattered across 46 locations and, according to one report from Brand Finance, a top-three worldwide ranking among the most valuable brands in its industry. These are metrics that would make most marketers feel quite comfortable in their job. Many would choose to stay the course, rather than trying to cleave a new path.

However, for India’s $200 billion outsourcing industry, the pandemic over the past two years has thrown a spoke in most plans. TCS, as the industry’s bellwether, has led the way in finding new ways to market itself—and the industry.

Leading the way in this reinvention is Rajashree R., the firm’s chief marketing officer, who having served in the trenches as TCS’ global retail practice leader for the past 15 years, found herself catapulted into her new role just a month after the pandemic hit India.

Although TCS works with external agencies, the company’s in-house marketing team is the engine driving much of its work. Rajashree points out that the firm does plenty of its digital marketing in-house (350 campaigns and counting), has its own martech stack, and even manages social media and content (50 to 60 white papers annually). Nearly half of TCS’ creatives are also generated in-house.

“The focus is on automating campaigns and on data-driven marketing,” Rajashree tells Campaign Asia-Pacific. “I spent nearly 15 years in the retail business of TCS and I built products for [fields such as] artificial intelligence.… So I'm bringing a little bit of my personal learning here, but we really want to be extremely data-driven.”

“Our effort is also to drive greater personalisation using algorithms, (and) our focus is going to be on achieving scale through more autonomous operations.”

While creative output also remains an important facet, how to get "more and more algorithmic about how we drive marketing in our business is going to be a massive focus area", says Rajashree. Here the team has a built-in house advantage. “We have a full-time chief technology officer for marketing within our unit. We have a very advanced team of data scientists and experts in data to develop some of these algorithms.”

If marketing in the technology industry is in-person and events-heavy for customers and employees alike, the pandemic has forced Rajashree to recast TCS’s marketing strategy, moving focus away from conversations and imagery of “buildings, servers and people,” and toward connecting more with “aspiration and human life".

Rajashree contends that until recently B2B has presented tech for the sake of tech, without talking about the connection to human life. Instead, she contends, the “entire message needs to be human and aspirational—to customers and businesses.” The challenge for marketers, Rajashree adds, is “B2B ads are mostly very indistinguishable.”

As part of this transition, TCS is changing the tone of its communication from being mostly B2B to being more B2B2C. “So definitely, it's a transition," she says. "The way you message, the way you communicate your visuals, is different." For example, TCS did a campaign right in the middle of the pandemic—an eight-part television campaign—where the firm took almost 2000 television spots across India for its Transforming India series. This was perhaps the first time a B2B brand took such a B2C approach.

Rajashree has had her task cut out for her making TCS’s brand stand out in teh B2B sea of sameness. “In the life of a citizen, TCS makes an impact across segments such as banking, insurance, retail and grocery stores and health and life sciences and vaccine development,” she says. “We want the identity of a very humane brand.” Over a year ago, TCS kicked off this approach with its corporate brand campaign named #TCSPartOfYourStory, showcasing stories of the company’s contribution to India’s digital journey.

Then, in March 2021, 15 years after it launched its 'Experience certainty' positioning, the firm refreshed its identity with the 'Building on belief' offering. The new brand positioning aimed to encapsulate the collaborative role TCS plays in partnering with customers over the long term, leveraging its contextual knowledge, its investments in research and innovation, and its technology expertise to help customers grow.

“If anything, the pandemic has really reinforced the message that technology is an important force in the world today” she says. “What you find with a lot of B2B communication is that we present technology for the sake of technology. So you talk about AI, you talk about cloud…without really talking about how that impacts human life.”  Instead, TCS’ approach with 'Building on Belief' is that we really want the brand message to be human and aspirational.

A key part of TCS’s repositioning has been to focus on its hundreds of thousands of employees worldwide. As a vast majority of its workforce has been homebound in the pandemic, a significant portion of Rajashree’s time has been dedicated to pivoting her team’s employee communication strategy to keep them engaged and energised. If swish campuses and offices attracted top talent to the company until recently, TCS has had to look for other levers to drive employee engagement.

“Employees are our biggest brand ambassadors,” says Rajashree. “Over the past 18 months, we have significantly increased our employee communication on a platform called One TCS, which offers multi-channel communication including an ‘America’s got talent” format to help employees stay motivated.”

With a young workforce and a significant number of women employees, TCS is leaning on pop culture and social media to keep its messaging trendy. For example, the number of followers on business networking site LinkedIn has grown from around 2.5 to 3 million to nearly 7 million in the past 18 months.

“We want to learn from popular culture and be present in content they listen to and watch,” Rajashree says. “So more than the impact an ad campaign can make, or a digital campaign can make, your employees become your primary mouthpiece.... So it's very, very important for us that we communicate well to our own employees.”

In October this year, the company took another step in this direction when it launched the ‘TCS Belief Song’, which serves as a pick-me-up for people amidst the pandemic. Rajashree says that while the song is meant to be a motivation booster shot for employees—it features TCS employees and their families—the firm’s name is not mentioned at all, and she hopes it can catch on with a wider audience too. TCS has even launched the song on Spotify and Apple Music as it hopes to make it popular outside of its own ecosystem.

Even as TCS has focused sharply over the past two years on remote operations for customers and employees, the marketing team is now looking to an immediate future with markets re-opening or at least operating in a hybrid manner.

“All our marathons are happening physically," Rajashree says. "We are starting to do some smaller client events as well. But we are keeping them pretty small. I think again, in some sense, marketing has to play a role into the journey back to physical…and the balance will be somewhere in the middle.” The firm is already experimenting with event formats to help its sales teams get back on the road and help the organisation back to a 50-50 balance between remote and in-person marketing plans. 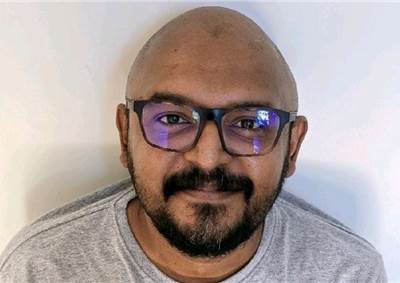