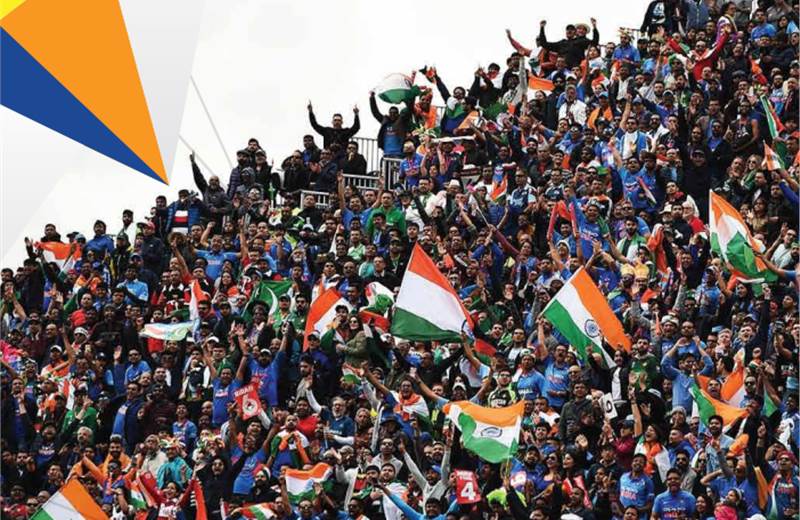 GroupM's entertainment and sports division - ESP Properties has released the 2020 report on sports sponsorship in India.
The report revealed that sports sponsorship in India grew by 17 per cent and crossed Rs 9,000 crore in 2019. Majority of this growth came from the ICC World Cup and the IPL. This was at Rs 7,762 crore in 2019.
On-ground sponsorship grew by 25 per cent and crossed Rs 2,000 crore. Cricket contributed Rs 1,290 crore of this sum followed by football (Rs 140 crore), Kabaddi (Rs 128 crore) and marathons (Rs 123 crore).
Digital shot up by 84 per cent from Rs 475 crore to Rs 875 crore. Television spends grew from Rs 3,779 crore to Rs 4,272 crore. Print de-grew from Rs 178 crore to Rs 85 crore. Total media spends were Rs 5,232 crore in 2019, up from Rs 4,432 crore in 2018.
The sports endorsement industry grew by 11 per cent to reach Rs 456 crore.  Seventy new brand endorsement deals were struck - 85 per cent of these came from cricketers. Virat Kohli and MS Dhoni had 63 per cent. In the non-cricket space, female athletes dominated as they endorsed 11 new brands in 2019 to reach a total of 45. PV Sindhu and Mary Kom added four each. Hima Das and Sakshi Malik were also among the women athletes to endorse brands during the year.
BCCI home series deals saw double the jump in sports sponsorship amounts. Paytm’s bid was at 58 per cent incremental value in comparison to the previous per match value. Dream11, Lafarge Holcim (ACC Cement and Ambuja Cement), Hyundai will be the official sponsors for the next four years. At INR 2.59 Crore per match, the three sponsors will layout 73 per cent more than the previous round.
Vinit Karnik, business head, ESP Properties, said, “Indian sports industry is on an upward trajectory breaking new grounds year-on-year. While cricket proved its dominance in 2019, overall the last 5 years the industry has doubled its size. If we look further, we can see a strong CAGR of 12.8 per cent in the business of sports over the last 10 years, making it one of the strong pillars of the Indian economy. With the sports industry growing at 17 per cent in 2019, the momentum on sports with added thrust from the government provides a holistic opportunity for the sector. Initiatives like Khelo India and Fit India movement are drivers towards making India a truly sporting nation.”
Prasanth Kumar, CEO, GroupM South Asia, said, “Over the last decade, we have witnessed the growth of sports leagues and their gaining popularity across the country. The sports industry has been growing and has witnessed a significant upward shift in the overall ad spends. The passion and excitement that’s involved in this platform have only strengthened. We see more and diverse audience indulging with this platform. Many innovations and leverage of assets in this space are powerful opportunities. As we are unfolding another decade, we see this space to be providing powerful thrust for greater brand stories.”