Hegarty and David Droga took centre stage on day six of the festival, in a session titled ‘What’s great, What’s not, What’s next?’

“Sitting on a bean bag does not make you creative,” said Sir John Hegarty of BBH, opening a session titled ‘What’s great, What’s not, What’s next?’ conducted by Danny Rogers, group  chief editor, Brand Republic. Joining Hegarty on stage was another creative heavyweight, David Droga of Droga5, on day six of the Cannes Lions International Festival of Creativity 2014.
Creativity, collaboration, big data and creative reputation were some of the key areas the duo touched upon, in what proved to be one of the most inspiring sessions at the Palais this year. What made the session even more special was that while the onus was on creativity, the perspectives from the creatives were balanced, with due acknowledgement to the role of technology and data – and the need for change.
Hegarty remarked, “What great people have been trying to do all along, is inspire people. We’ve heard people talking about Facebook and Twitter and putting stuff out there. (But) There has to be an honesty about our creativity. I am increasingly looking at global work, and increasingly, I am saying that global work doesn’t work. A lot of the global work we see today glides past people – it does not touch them. I am seeing a decline in creativity, decline in impact.”
Underlining that ‘It is a gift to be able to touch and inspire people’, he ceded that things were getting a lot more complex than before. In that context, he also underlined the need to move people with outstanding ideas - like the one below, for Johnnie Walker.
‘We think we are good if our peers think we are great’
Droga touched upon the multiple ‘canvases’ that exist today – the different mediums to reach people through. While noting that as a ‘greedy creative’ he wanted to ‘embrace every canvas’, he added: “But I don’t want them if they are diluting the creative on the canvas.”
Urging the audience to ‘follow the idea’ rather than ‘follow the money’, he moved to an eternal truth: the power of emotions. “The stuff that connects is the one that’s emotional. The stuff that hits that emotional chord, translates, crosses boundaries,” he noted.
From billion dollar brands to start ups to governments to parties contesting elections, there isn’t an industry that can’t be affected by what advertising does, he pointed out - with a rider on a couple of areas where it needed to change.
“We think we are good if our peers think we are great. We are (actually) great if the real world thinks we are good. If your work wins in Cannes, that’s great. If it doesn’t win, it doesn’t mean it isn’t great,” he stated.
Referring to content as the idea and canvas as the medium, Droga outlined how not many people speak of the content. Yes, there has been too much talk on the new canvases and less on ideas. He followed it up with this example, for Newcastle beer.

“You can bend things to your will. People were sick of (so much around) Super Bowl – they wanted to go somewhere else,” explained Droga.

Presenting a teaser of what is to follow from Newcastle, the Droga5 founder outlined the next campaign: ifwewon.com.  Timed to coincide with the American Independence Day, 4 July, the theme of the campaign is ‘What if Britain had won the war’. The teaser suggests that the campaign will play in ‘Independence Eve’. It will have 30 different components, said the speaker.
‘Collaboration is a wonderful and dangerous word’
Asked by Rogers for his views as a creative on ‘collaboration’, Hegarty emphasised on the difference between ‘pure creativity’ and ‘applied creativity’. The ‘pure creatives’ don’t want to sit in a room with a host of others, he said. “Collaboration is a wonderful and dangerous word. There seems to be a belief that you can get eight people in a room ‘collaborate’.  I think that’s bull ****, because that inevitably leads to consensus, not collaboration,” he argued.
While ceding that collaboration is a necessity, Droga explained, “But it’s not about agreeing on the idea. There has to be purity in the idea. I am not interested in user generated content – I am interested in user generated communities.”
Hegarty also noted that there exists a ‘huge danger’ in getting creative people ‘too close’ to the clients.
“Clients like the fact that they are interacting with creative people - until someone tells them to **** off. They then call up the creative head to complain,” he said. A degree of distance helps, contended the creative head, with and reasoned: “If you’re too engaged with what the client is doing, you start thinking like them.”
The data conundrum
On the subject of data, Hegarty noted that data has always been important, but rubbished the notion that data – or ‘big data – ‘is the solution to every problem’. His argument was that when everyone looks at the same data, it’s what one does with it that matters. “There are no facts on the future,” he surmised.
‘Reward people for their time’
Droga noted that the one enduring thing about advertising, through the change that has engulfed the canvases, has been ‘emotion’. He said, “We’re in the time business. Whether it’s music, creative or leisure, we’re trying to steal someone’s time. We need to create something that adds value to people in some way.”
The last words of the seminar were spoken by Hegarty, in response to Rogers’ request for a message to the audience: “Please tell the truth. Be true to each other. Through accepting that we have not created something great, we might go to creating something great.”
This made one think of what Droga has said in the course of the talk of the heavyweights. He had said that 90 per cent of the industry talks about others' work; it’s the rest of them ‘that actually get it’. 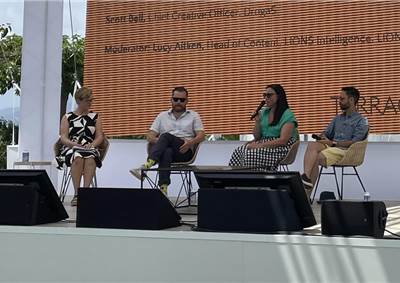 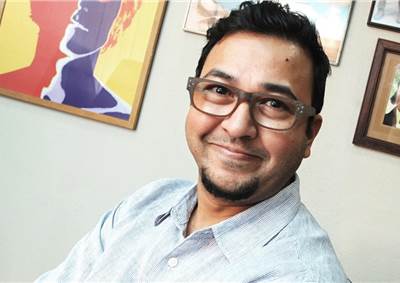 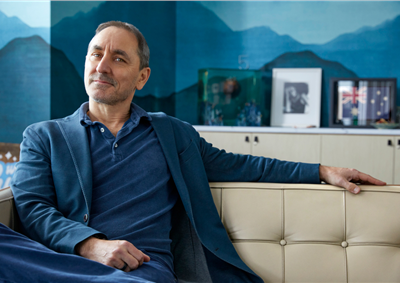