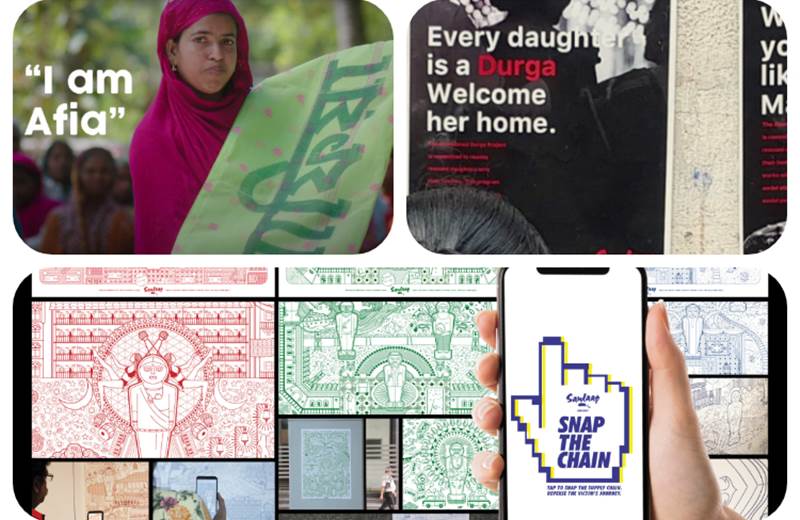 After a two-year gap, the Cannes Lions International Festival of Creativity will be hosting an on-ground event in 2022.
Global creative work will be celebrated from the industry through its red carpet awards nights between 20-24 June.
As always, Campaign India will lead the charge from this region by showcasing all of India's entries to the festival through our 'Cannes Contenders' series.
This is based on the premise that Cannes jurors don’t get enough time to scrutinise and deliberate a piece of work they haven’t really come across before. This series is a way of acquainting them with the good work from India and South Asia before their judging stint. And of course, to acquaint the rest of the industry with work from this region which is competing at the Cannes Lions this year.
Wunderman Thompson has three such entries:
Brand: Warah
Entry title: The Nameless Women Project
In Bangladesh women face a unique problem. As their life goes by, they lose something that is dear to them. Their name, their sense of self. They become somebody's mother, somebody's wife, somebody's daughter. The various roles they pay take over their own inherent existence, without them even realising it.
How could Warah, a popular fashion label in Bangladesh, that believes in empowering women through its clothes, help these women own their name, their birth right?
The traditional Tangail Sari is proudly won by the women of Bangladesh. Handcrafter by weavers, the sari is a symbol of the country’s culture and patriotism.
Warah took this erstwhile sari and with the help of the weavers created a story for the women who wore them. Each Sari carried its wearer’s name reminding women of their true self. The recreated sari stood for a woman’s birth name, her birth right.
Brand: Sanlaap
Entry title: The Lost Daughters
An estimated 16 million women are victims of sex trafficking in India. Unfortunately, only 7% of them are ever rescued.
When a woman is rescued from sex trafficking, often families refuse to accept them back because of social stigma and the fear of being shunned by society. There are women who are abandoned by their loved ones and are living in despair for years. Some families refuse to even acknowledge the existence of their daughter and sever all ties with her.
During Durga Puja, one of the largest festivals in the world, people welcome home the Goddess Durga like a daughter. But, they refuse to accept their own daughters home because of social stigma and patriarchy.
After being rescued from human trafficking, a girl’s trauma becomes uglier when she is abandoned by her own family. This unjust social practice affects millions of women and happens every day.
The Lost Daughters activation is an attempt to raise awareness about this issue to help more daughters come back home with dignity.
Durga Puja, one of the largest festivals in the world, welcomes home the Goddess Durga like a daughter.
Countless pavilion-like structures called ‘pandals’ are constructed with the Durga idol and devotees visit these pandals (pavilions) to worship and shower love on the idol.
But this year, a pandal without the Durga idol was created.
The Lost Daughters used this pandal (pavilion) without the idol to remind of the hypocrisy that welcomes the Goddess like the daughter but abandons daughters who were rescued from human trafficking.
The venue then became a neutral ground for a reunion, where daughters came face to face with their families. 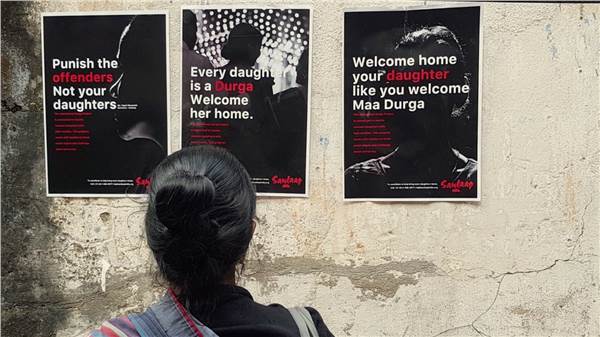 An estimated 16 million women are victims of trafficking in India. Unfortunately, only 7% of them are ever rescued because human trafficking networks operate through sophisticated supply chains. Most people are oblivious to this fact and this allows the criminal industry to thrive.

The victims of human traffickers find themselves caught in a supply chain. From the moment they are sold into the flesh trade, they find themselves caught in a horrific journey, kicked on from handler to handler. A cruel passing game perfected by its perpetrators, making it almost impossible to find and rescue them. This unfortunate reality is the inspiration for our campaign.

Traffickers view their victims lives as something to be played with. So we represented their supply chains as a football formation. We followed an intricate, elaborate art style juxtaposing the victim's journey from a safe environment into the hands of these evil doers. As the eye travels along the design, the victim’s story unravels and more details are revealed. The more time spent decoding every detail, the deeper the connection with the viewer.

Each poster is integrated with AR technology, so when scanned the posters come to life on phone screens and the victim's journey plays as a video. An interactive feature lets audiences tap and flip the victim's story. This reverses her journey and rehabilitates her back into safety. Thus, showing how together with Sanlaap, human intervention can snap this supply chain for good. 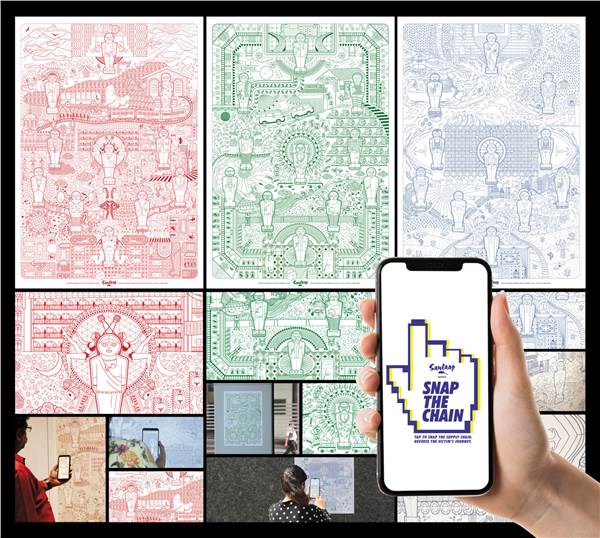