After a two-year gap, the Cannes Lions International Festival of Creativity will be hosting an on-ground event in 2022.
Global creative work will be celebrated from the industry through its red carpet awards nights between 20-24 June.
As always, Campaign India will lead the charge from this region by showcasing all of India's entries to the festival through our 'Cannes Contenders' series.
This is based on the premise that Cannes jurors don’t get enough time to scrutinise and deliberate on a piece of work they haven’t really come across before. This series is a way of acquainting them with the good work from India and South Asia before their judging stint. And of course, to acquaint the rest of the industry with work from this region which is competing at Cannes Lions this year.

Stayfree believes that normalising periods will remain unattainable if men are excluded. But involving men is easier said than done when even women talk about menstruation in hushed tones and behind closed doors.

The brand aimed to bridge the gap between inhibition and action, realising that a subject that seems daunting at first just needs a firm nudge to get started. If the men could start talking, their love for their daughters could potentially overcome and end years of conditioning.

The idea was to get father-daughter duos to have their first-ever conversation about periods. Since taking the step to do anything is always the most difficult, Stayfree didn’t convince them to talk about it. Rather tricked them into it - By asking father-daughter duos to audition for an ad. They didn’t know it was for Stayfree- they didn’t know what the ad was about at all. The participants read through a script handed to them. Midway through reading the script, they realised what their conversation was actually about. Periods. They fumbled and stuttered but continued with the audition.

By the end of it, the film helped fathers overcome their awkwardness to assure their daughters that it’s just a period. 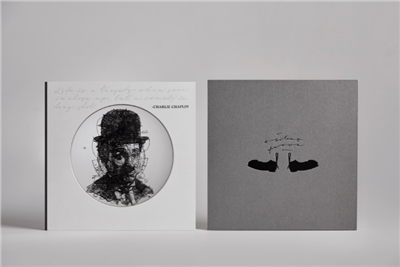 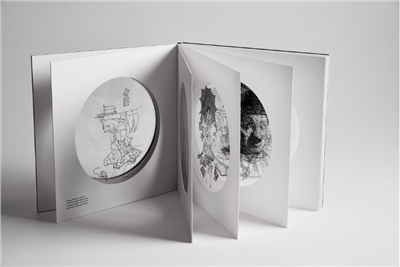 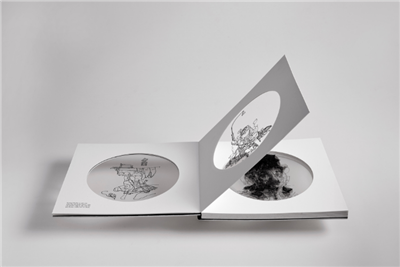 We live in a world today that’s fraught with illness, war, and melancholy – an echo of the century before. Therein came the need for an icon to look to; and who better than Sir Charlie Chaplin?

Despite being thrown headlong into all the challenges one could possibly encounter – estranged parents, poverty, familial illnesses, war, economic devastation – he taught the world to look past tragedies and find happiness where one can. In honour of him, the DDB Mudra Group and the Charlie Chaplin Museum Foundation have created a book dedicated to the life and philosophy of Sir Charlie Chaplin: A Silent Frown.

Developed as a piece of art, each page of the book depicts Chaplin’s life in illustrations on a transparent section. When stacked by closing the book, the illustrations come together to form the visage of the great entertainer.

The book was launched to the public on Chaplin’s 133rd birthday, at the Chaplin’s World museum in Switzerland by Mr Eugene Chaplin, son of the legend himself. This work exists to inspire the world with the resilience and spirit embodied by the great Chaplin: to take his story to the world and stir people when they need it the most.

Battlegrounds Mobile India was rolled out in July 2021 with several features built into the game to encourage gaming moderation among its young users. Driven by the desire to foster a safe and healthy gaming environment, the Game Responsibly campaign by BGMI tackles the problem of obsessive gaming in a light-hearted manner. And it does so by speaking not only to gamers but also to their friends and family.

Humour is employed to drive home the features introduced by BGMI to combat over-gaming, including OTP authentication for minors and limits on daily in-game spending. The campaign embeds the problems of over-gaming and their subsequent solutions (offered by the new features of BGMI) into relatable, non-preachy narratives. A key challenge was to strike a balance between a fun, sticky message that also conveys the game features and culture we set out to communicate. Game Responsibly is an unexpected take on a pressing issue.

India faces several challenges on the diversity, inclusivity, and social exclusion front, of which one of the biggest is that of disability. 2.21% of India’s population is disabled – nearly 27 million people, more than the population of Australia – 27 million who are routinely left out of marketing efforts, national initiatives, and even basic experiences, because of our deep-set apathy towards the disabled.

McDonald’s mission was to ‘Make Delicious Feel-Good Moments Easy For Everyone’. However, when we discussed disability, we somehow only fixated on the easy, i.e., access, and not the feel-good experience.

We realised that for people with upper-limb disabilities, a segment largely ignored by marketers, the feel-good burger experience probably rated zero, not to mention the intimidation they feel, and pity stares they get with something as simple as eating a burger.

Significant progress was made with the launch of EatQual in 2020, an innovative packaging that truly drove inclusivity at McDonald’s – capturing the country’s attention, improving people’s perception of our brand, and inviting audiences that had long been ignored by Food Retail. For 2021, we had the daunting task of building on its success by shaping a brand that makes everyone feel included, reinforcing McDonald’s democratic credentials.

– Use of Ambient Media 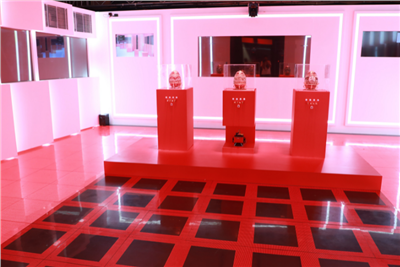 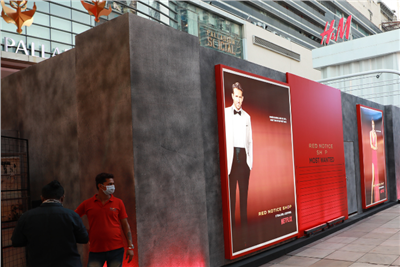 A slick promo was launched to introduce the shop to fans. And was shared far and wide by content creators. To build intrigue, fun ‘How to Steal’ tutorials were created, starring some of India’s most famous entertainers.

As the shop went live, fans, celebrities and influencers tried their hands at stealing from the Red Notice Shop, giving us fun content, which were used to create daily engagement videos. For their slickness, many smooth criminals made it to a daily compilation of Most Wanted Thieves. While many other funny, but valiant attempts by amateurs saw themselves become a part of our Epic Fail package.