‘Creativity needs to be in strategy…’

Kawal Shoor opens up on his rise to the top rungs, and the new mandate’s attendant challenges 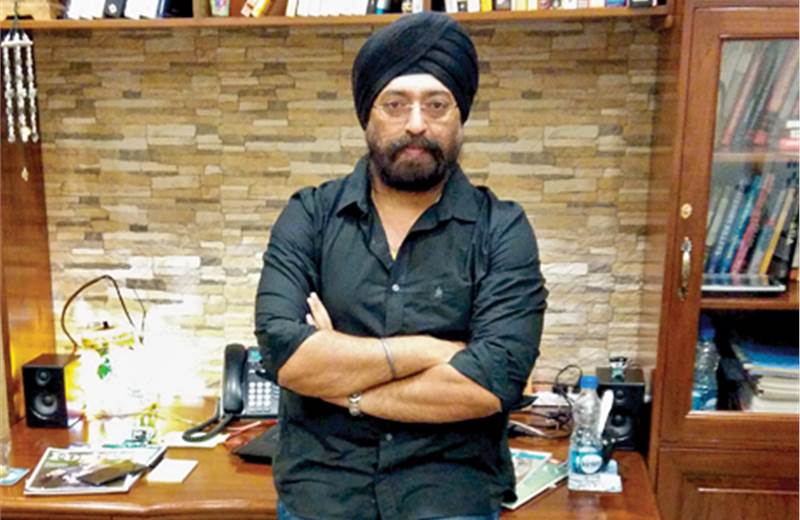 Like a lot of the people at the top rungs in Indian advertising, Kawal Shoor too got into the industry ‘by chance’. But, he hasn’t looked back since. And recently, he was rewarded with an elevation to the position of national planning director, O&M. So he hasn’t done too badly.

He recounts, “I had a slightly strange beginning. I had walked out of my B-school course after six months. I didn’t like that education. Luckily, I found a job with a company which is now defunct called Digital Equipment in the marcom department. We were doing a roadshow for them in Mumbai. One of the people who visited was Ashok Bijapurkar, who was one of the senior management guys at Rediffusion. He was there as they wanted to replace some machines in their office. They never got back on what happened to the machines, but he offered me a job. I joined Rediffusion in 1993 working on Colgate. I worked there for about nine months, before being pulled into Everest. Back then Everest had a tie-up with Saatchi and I was working on P&G. Soon after that I was off to Dubai. I came back and joined Triton in 1996, in the planning department. I spent a good six years there. This was followed by a stint with TBWA. Then came Ogilvy & Mather. I was interviewed by Piyush (Pandey), who gave me the brief: ‘Acha kaam karo, bas’ (Just do good work).”

“So, in 2004 I joined Ogilvy to spruce up the planning department in Bengaluru. Luckily for me I had Rajiv Rao who had shifted to Bengaluru then and his erstwhile partner V Mahesh (who is unfortunately no more with us), as partners in creative. I think in the simplicity of that answer by Piyush is the type of clarity you want when you join an organisation. There are agencies in the top five that are process-oriented. Thankfully I haven’t worked at such agencies. ”

Shoor says a lot of his learnings came during his six-year stint at Triton. He explains, “It (Triton) was a young agency, but had three or four very decent clients. One of the clients (Paras Pharmaceuticals) I worked with remains a good friend of mine. I owe a lot of my planning learnings to that company. Darshan (Patel) was the brain of that company and now runs Vini Cosmetics. A lot of these learnings came from conversations I had with Darshan while working on Moov. In fact he says that both of us made ‘Moov’ together. I also learnt that creativity needs to be in strategy and not only in the TVC. This is something that got ingrained in me then. Unless your thinking is a little creative and off-centre, you will not actually end up helping creative people. Then, they have to carry the entire load in making your work seem very different. If your thinking takes it a little forward, it makes it a little easier for them to do fresh work.”

These learnings helped Shoor during his current stint, helping create some iconic pieces of work for Cadbury Dairy Milk. “For the first three or four years the brief was to get the brand used as an option to sweets in celebratory occasions. Then we did landmark pieces like Pappu, Palanpur… But after three or four pieces of work the subsequent pieces didn’t seem to be cutting too much ice. So, we went back to the drawing board and realised we needed to make a shift in the proposition itself. We picked a different occasion and from that kind of thinking came pay day and Pehli tareek happened. It just became easier for the creative to do slightly different kind of work. Then came Shubh aarambh, which is again a different cut of meetha moments. Again, that shift allowed people in the creative department to create fresh stories. That’s become core to us and I would not be happy with any planning input if we don’t see freshness and newness in the thinking. Otherwise, we’re putting too much pressure on them. “

Shoor was elevated to head the agency’s planning function in January 2015. He heads a team of about 50 planners across the agency’s offices in Mumbai, Bengaluru, Delhi and Kolkata. On the changes, he says, “Physically, I’ve done seven visits to Delhi in the last two months. It’s too early to commit on a point of view to how I’ll want to take Ogilvy planning forward. I’ve just started working on one brief in Bengaluru. I have a feeling that city cultures dominate planning cultures. What I mean by that is – two Delhi planners belonging to different agencies will be more similar than two planners from two cities belonging to an agency.”

He adds, “What I would want to do though is have such a strong planning culture that you could identify an Ogilvy planner from far. There are two or three things that are important but need to become more important. That’s my task - to build the planning culture so that we become more biased in terms of big ideas. You would generally hear that planners are representatives of culture and they bring the consumer point of view to the table, but that’s not the be-all and end-all of a responsibility. That’s only the first step. If a planner stops at that, there isn’t much difference between a planner and researcher. Planners need to have a bias in favour of good ideas. So, sure you need to pick something from under the surface and see what’s happening, but you can’t just reflect that. You need to surprise people with something that is under the radar. That I think can lead people. Once I’ve understood the Delhi, Bengaluru, teams, I can focus on building the planning function across disciplines.”

While Shoor suggests that he’s not looking to expand his team of 50 by a lot, his main goal is to increase the influence of planning. He explains, “We need to add value to clients and our internal partners (account management, creative). My struggle is with finding the right people. Where do you pick from is the question. We need to start picking from new places.”

The bigger struggle, admittedly, is in finding senior planning talent. Shoor adds, “It’s easier to pick junior people because they’re fresh and unbiased. We cherish those things that they say without a care, and a lot of those things they say are new and good. A lot of our juniors have come from different areas – one is an econometrician, one came from Oxford, one is from W+K Portland. We realise that many of our youngsters will be here only for around two to three years, but we are happy to have them. They change the environment. For the seniors, (it’s tough) if you’ve grown up in an environment where the PPT has been given more importance than what comes out of it and suddenly get pushed to this environment. Also, I think as an industry we’re not ambitious enough to get talent. India is hot in the West today. We need to get people from Sao Paulo, London and other parts of the world to work here. As much as we go out, we need to get them in. We need to be embracing of change and new ways of doing things while we preserve our culture. We need to be a lot more open.”

Shoor believes that the complex needs of clients has made the role of a planner in an agency gain currency. “Planning was given importance. But planners weren’t. Clients wanted some basic thinking on their brand. But, now that the world has become a lot more complex, clients’ demands have increased and the need for a specialist planning function has only now been felt in the last decade or so.”

Like many other fields, the internet is at the crux of this change for planners. He says, “Earlier, before the internet democratised knowledge completely, the role of the planner was to bring knowledge to the table - specifically consumer knowledge and all kinds of other knowledge. What’s happened in the last six-seven years is, irrespective of the size of the agency and resources, knowledge is pretty much available. What people need now is a bit of imagination. You have big data, small data, qual(itative) and quant(itative) data, and a lot more. You can assimilate and integrate this in a lot of different ways. You give all the data to two planners, and you’ll get two different results. As the sources of inputs have increased considerably, the role of the planner has changed from just ‘gathering’ to ‘hunting’. In a way the planning field is getting far more creative. We may not write spots (some planners might), but the role has now become, ‘correct diagnosis of the problem’.”

Shoor was on the jury of the Apac Effie Awards 2014. He recalls some trends from the awards. “The entries from Australia and New Zealand do two things differently compared to ours. One is because their media market is equally dependent on digital and TV, their assimilation and integration of digital results are far better. It may be understandable because digital spends in India are only 10 per cent,” he notes.

He  adds, “Secondly, a lot of Indian planners come from B-schools. Hence, a lot of the Indian cases read like management summaries. They have their own advantages; clients, who come from B-schools, are very comfortable and there’s a lot of hard evidence. In tough times hard evidence always does well. But, because a lot of the planners from Australia and New Zealand come from a human sciences background, their ability to tell a story, I felt was a little better than ours. Both have its positives and negatives. I’d want hard evidence to be couched in a nice human story. I also think the amount of work we see coming out of Indian culture in cases is far higher. There are a lot of expats in markets such as China running the show. Hence, it is not natural to bring great local Chinese insights in advertising, so you see a lot more universal work.”

According to the planner, talent is the biggest problem in the industry. When asked about others, he takes a long pause before surmising thus: “The car industry tests its own products. The bike industry does the same. But the ad industry doesn’t test its own ads. It’s the research agency that does this. Our clients commission these agencies to check our work. Now, we know that all advertising works differently. Some advertising charms you, some persuades, some would do something else. As an industry it is high time we put our take on the ground on how we think our product works. We need to have a theory on this. The theory from the research agency is welcome, but some of those theories were written in the 1970s.”