Samco takes stock of the situation

Samco Securities has launched an ad campaign to announce its latest offering, a platform that empowers investors to make the right decisions by simplifying trading and content consumption.

In the first ad a bleary eyed man is surprised to see a tiny sapling bloom into a plant and start flowering all in a short span of seconds. What happens next is a sweet surprise.

The company has launched a series of four films that highlight the user-friendly aspect, real-time assistance, customisation and educational value of the services. Conceptualised by Triton Communications, the films explain how the service will redefine trading.

The campaign will roll out on television, digital as well as on print.
Chirag Joshi, marketing head, Samco Securities, said, “We believe that a campaign must be able to engage with a consumer through simple real life experiences. Our campaign is reflective of the same ideology."
Ullas Chopra, NCD, Triton Communications, said, “The idea led naturally to eye-popping visuals that convey the story even when the TV is on ‘mute’. We are sure that the idea and the execution will stand out in a category that’s often a little bit too serious.”
The campaign consists of a set of four films. Watch the other films here.
In the second film, a student is burning midnight oil, till his brother comes up with a bright solution.
In the third film a little boy is trying to perfect the intricacies of kite flying.
In the fourth film, a young couple are finding it difficult to choose between three good looking cars.

A lady stirs the pot with Mother's Recipe, plates a dish of spicy family drama 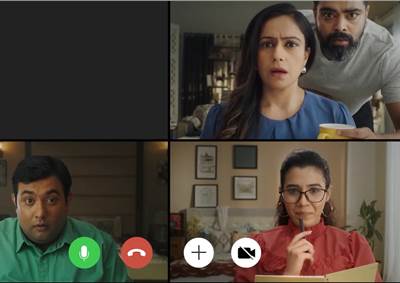