Kit Kat has rolled out its latest ad film for its newest premium offering ‘Senses’. The film has been conceptualised by J. Walter Thompson and urges people to take a break from technology.

Shot in the form of a song, the film looks to address the issue of people having too many active technological connections. The protagonist implores the audience to take a break and reconnect with the senses.

He goes on to dissect his meaning of reconnection by describing the new Kit Kat Senses - the slow churned chocolate used to make the premium product. Once he does this, he picks up a bar of chocolate, goes on stage and sings the song for a connected audience.

Additionally, he goes on to un package the product, which catches the attention of the audience. As he eats the chocolate, the films cuts to a shot of the audience, who are salivating.

The film ends with the protagonist talking to the camera. He says, “New Kit Kat Senses. Have a break, have a Kit Kat.”

Mayur Bhargava, general manager, Chocolates and Confectionary, Nestlé India, said, “There is a constant urge to stay connected which has resulted in a ‘wired’ lifestyle; there seems to be no break from plug points, extension cords, bandwidth and battery life. The hectic pace of modern life fuelled by technology can sometimes drown our ability to enjoy the five human senses. And, signifying the importance of taking a break which is enriching, and enables us to enjoy the nuances of life, is what we want to convey through the new Kit Kat Senses ad-film.”

Senthil Kumar, writer and national creative director, J. Walter Thompson, said,  "In our increasingly hectic and frenzied pace of life we have trapped ourselves within technological and wired walls, constantly looking for more bandwidth and long battery life and trying to adapt to the latest. The  film is based on this insight. It focuses on the slow churn of the chocolate for 12 hours, which gives the chocolate a rich and smooth exquisite taste that helps you rediscover the multi-sensorial meaning of life. Have a break. Have a Kit Kat.”

Saurabh Saksena, senior vice president, J. Walter Thompson, added, "The task for J. Walter Thompson was to create something magical for Kit Kat Senses - the new premium offering, while further strengthening the iconic brand promise of the Kit Kat Break. Searching for the answer we immersed ourselves into the consumers’ lifestyle and realised that they actually need to take breaks from the tempting, yet wired world they live in." 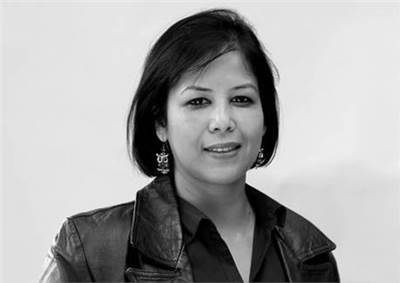