The new Philips Avent Breast pump bridges the gap in co-parenting and liberates parents to be #PartnersInBreastfeeding. 70% of women are challenged with daily breastfeeding woes, traditionally perceived as a mothers job. On World Breastfeeding Week, Philips Avent questioned the shackles of conventions and the burdens of modern day women, awakening the spirit of the nation to come together in pledging to breastfeed in unison.

The #PartnersInBreastfeeding campaign aced by Philips Avent, aimed to celebrate the beautiful happenstance of co-parenting, challenging preconceived notions of gender roles. The 35 year-old child care brand has been championing the convenience of new moms since eternity committed to a better quality of life through the use of new age health accessories.
Aiming to gain pledges from parents around the nation to breastfeed as a team, the purpose of the Avent Breast pumps is to ease the load on the mother singlehandedly tending for the baby. Philips Avent has launched breastfeed pumps so that even the father can support the mother in playing an active role in the breastfeeding process.
The main campaign kicked off with an emotional digital film that showcased the importance of co-parenting in breastfeeding, and how Philips Avent Breast pumps make it possible. The film takes a unique stance by showcasing a father who takes an active role in every aspect of baby care, including breastfeeding. The film encourages all fathers to take an active role in bringing up their own child, by taking the #PartnersInBreastfeeding pledge.
The unique concept has gained recognition from consumers and marketing journals, showing appreciation for the brand’s sensitive stance. The #PartnersInBreastfeeding pledge was taken by parents from all over the country. It was a simple process of uploading one’s own family picture with the baby using the relevant hashtag and tagging @PhilipsAventIndia on social media.
On the occasion of World Breastfeeding Week and even beyond, parents have advocated for the utility and convenience of these cool gadgets in taking them through their co-parenting journey with the likes of Neha Dhupia and Angad Bedi, Anjana Rangan and Chandran, Smriti Khanna and Gautam Gupta among other well-known personalities coming forward and promoting the wellness of Philips Avent Breast Pumps. 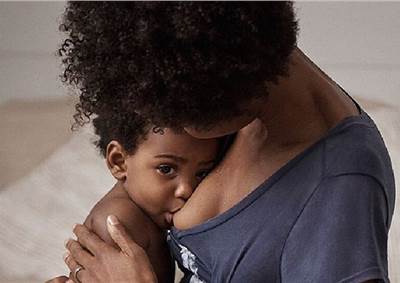