'You cannot estimate RoI when it comes to cricket'

Prayag Polymers, a player in bathroom fittings, has bagged the title sponsorship of the India-Zimbabwe ODI series that begins on 10 July 2015.
The brand has associated with cricket earlier too, with the Kings XI Punjab between 2012 and 2014 and the Asia Cup in 2014. But this is the first time Prayag has taken up a title sponsorship.
Nitin Aggarwal, CEO, Prayag Polymers, explained, "We have been looking for title sponsorship for a few months now. We tried to get title sponsorship for the India-Bangladesh series, but that didn't materialise. Like every Indian, even I love cricket, and I wanted to associate with the sport. Like everyone knows, in India to reach the masses it's either cricket or Bollywood. We’ve seen three years of association with Kings XI – where there were 100 brands associated with the IPL and 10 brands associated with the team. So we wanted to upgrade our brand in a deal and this is how we looked to do it."
Aggarwal informed that Prayag is a pan-India brand, and one that is looking to target the tier two and tier three cities.
"We are trying to convert the unorganised market of plastic taps across tier two and tier three cities to adopt our product. And cricket would play a major role in this. Kerala, West Bengal and Tamil Nadu are very strong markets for us. We are not promoting ourselves in the major towns. In plastic taps, we are very strong. That’s the main market for us where our popularity is high, and we have a market share of 60 per cent in the premium plastic taps category."
About the RoI expected from the series, Aggarwal underlined that there's no expectation as of now because of the unpredictability of cricket, but at the same time since it's cricket he expects to get value for it.
He explained, "Like I said, cricket or Bollywood, gets value in India. But, you cannot estimate a RoI when it comes to cricket, because it's unpredictable. If the matches are interesting it can help. We are hoping that things go in favour of the Indian team, and that should help us too." 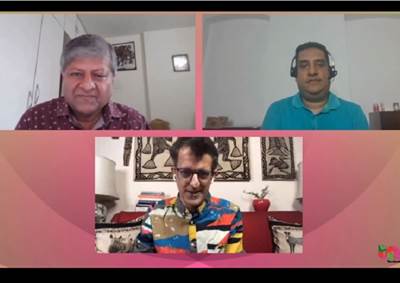 Ad Club debate: 'The IPL is great but isn’t equal to Indian cricket'