With 'Stargazing' as the central theme, this month's issue looks at celebrity statuses and atypical stars.

Wieden+Kennedy Delhi's monthly magazine 'Motherland' has chosen "Stargazing" as the central theme for the second edition. Working on the theme, this month's issue carries articles which look at celebrity statuses and focuses on atypical stars.

On the idea behind this particular theme, Annette Ekin, Editor, Wieden+Kennedy Delhinotes that the Stargazing theme emerged as a two-fold idea. "It initially came about from a conversation about UFO clubs in India, and by extension of that, how other off-shoots of stargazing, like astronomy and astrology occupy very interesting spaces in contemporary India. At the time of conceptualisation, one was reading a lot about the Commonwealth Games in the news – more criticism and less attention on the actual athletes. In conclusion, the theme was born as both a reaction to celebrity statuses and an attempt to focus on atypical stars," she informed.

In this edition, the magazine look at different groups, such as India’s hijra community or the athletes who’ve had to struggle to get to the top of their sport. It also explores the different trends and issues emanating from astrology and astronomy in contemporary India.

Pointing out that the stories had to be timely in terms of the trends and issues covered, Ekin observed that there were two central ideas that they wanted to delve into - "atypical notions of what a role model can be" and the other was "looking at how astrology and astronomy are manifest in contemporary India". 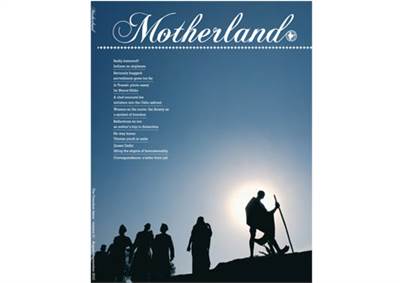 W+K Delhi brings out its own magazine ‘Motherland’