whatsapp 0 whatsapp 0 Facebook 0 Tweet 0 linkedin 0
Men in shorts, arms crossed, scowling at a camera - how much can you learn about a club from that?
It’s no secret that football clubs are brands as much as they are cultural institutions these days. Premier League teams are as image-conscious as any electronics giant, auto manufacturer or energy company. So when it comes time to unveil the kits for a new season, the reveals are handled as carefully as those of a new car, phone or gadget, with each club seeking to send a message to their fans and also to each other.
But what are these kit reveals - videos, pictures, hashtags 'n’ all - trying to tell us? We looked at five of our favourites (and one wild card) from this summer in a bid to find out.

The Message: "We Are United" - no matter what happened last year…

Last Season: Spectacular collapse under David ‘The William H. Macy of Football’ Moyes following the retirement of Sir Alex Ferguson. In-fighting, botched transfer windows and the development of a crippling addiction to airplane messages flown over stadia ensued, along with a flood of embarrassing Moyes memes. Oh, and a seventh place finish.

The Method: United have gone all out in a bid to banish the ghosts of the previous season and unite the fans by making them buy a fancy new Nike shirt. In much the same way as United would have done in those final ‘Fergie Time’ minutes, they’re throwing everything at the kit reveal and seeing what sticks.

Some of it’s great: the nostalgia heavy teaser video sees fans marching to Old Trafford through the ages and stripping off iconic shirts from each decade, the Chevrolet website even lets fans try the shirt on virtually using a webcam, and players are sharing their ‘first kit’ memories alongside fans on the club website and social feeds. On the downside, Marouane Fellaini’s managed to sneak in to shot like the ghost at the feast, thwacking people in the cheek with a spectral elbow.

What they really mean: "Sorry for last year, we cool though right? Right?"

The Message: We "#DEMAND" another crack at the title…

Last Season: A surprise title challenge and some of the most consistently entertaining football in the league couldn’t eclipse "that slip". Still, second place means they’ll return to the Champions League and Suarez will surely… oh…

The Method: Despite lacking the multi-pronged approach of their rivals from down the East Lancs, Liverpool’s kit reveal manages to cram multiple layers of meaning in to a single image.

At first glance, it looks like Gerrard, Sturridge and Sterling are stood in front of a red curtain - fitting, considering their newly found status as consummate entertainers - but on closer inspection, the red backdrop is a shipping container, harking back to the city’s storied history as a port.

It’s an interesting nod to the city’s working class heritage even if that rings slightly false when three multi millionaires are the ones making that nod. There’s even some wordplay around the "supply and demand" with the #DEMAND hashtag from kit makers Warrior. Not bad for scousers.

What they’re really saying: "Season 2 of The Wire is secretly the best one."

The Message: "Future, Forever, Victorious". The next chapter of Arsenal’s history is ready to be written – they’ve got the trophy monkey off their back, they’ve got the resources to challenge teams that formerly blew them out of the water.

Last season: Another iconic fourth place finish, but with silverware to show and a long awaited loosening of the purse strings.

The Method: Ahead of the official launch, the press shots didn’t show the actual kit, but rather showed players in white shirts against a clean white background. Within this purgatorial domain stand the experienced triumvirate of Lego man Mikel Arteta, French escort Olivier Giroud and matador’s son Santi Cazorla, each staring into their own private void.

The only colours that appear in the photo are plumes of smoke coalescing behind the players. Within the smoke are images of the faces of Arsenal legends past and present. It’s a blending of the glory of the past and the potential of the future.

What they really mean: The theme is based around the club’s future and, of the three chosen models, Giroud is the youngest at 27. All it tells you is that Özil, Ramsey and Chamberlain couldn’t make the shoot.

The Message: "Forever Blue" even in a bright yellow away kit…

Last Season: Jose Mourinho returned (his advances reportedly spurned by Manchester United) and though Chelsea made a decent title challenge, they ultimately finished 3rd behind Liverpool and Manchester City.

The method: Despite talk of being a ‘little horse’ in comparison to league winners Manchester City, Chelsea’s 14/15 kit launch sees them settle in to their role as the Premier League’s Ivan Drago with a slick, high-tech Mourinho-voiced teaser video featuring players being smeared with goop and cast into solid blue moulds. Coming off the back of a memorable "everyone is covered in blue paint" campaign, Chelsea and Adidas continue with their focus on the club's colours.

Promotional images show players breaking out of moulds in a visual metaphor that no one really needs explaining to them. This plays like more of a car commercial than a kit launch with a focus on precision, measurement and the all round exacting standards of the club.

What they really mean: "WE ARE GOING TO BREAK THE MOULD SOMEHOW" 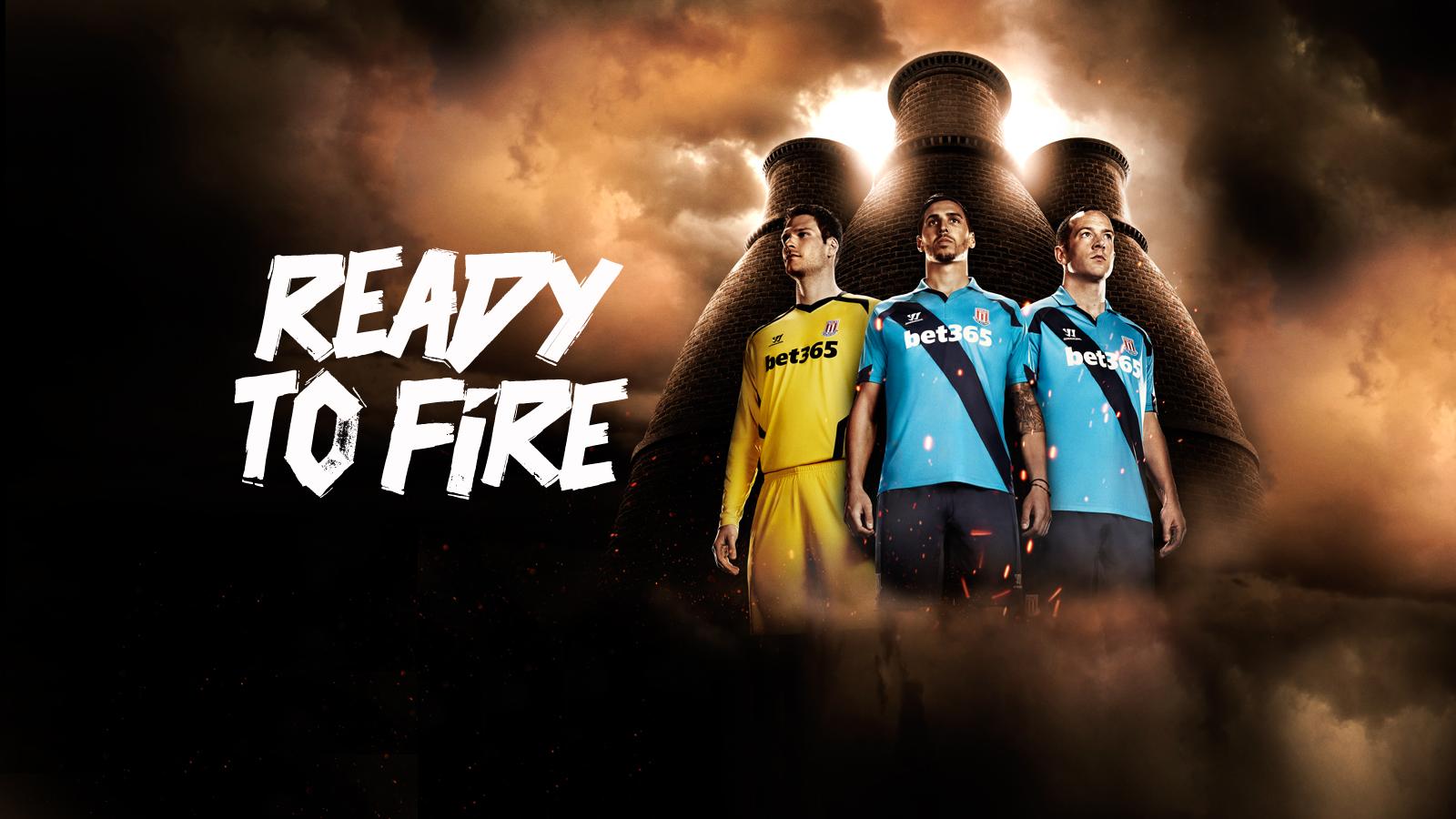 The Message: "Ready to Fire" … some pots!… and goals maybe!

The Method: Oh sure, they’re not as glamorous as the other guys, but they know their way around a pun. Similar to Liverpool’s use of dock imagery, "The Potters" lean on their history as… potters.

Stood in front of ominous smokestacks Stoke declare they’re "ready to fire" - a statement that’ll seem oddly prophetic should they decide to part company with manager Mark Hughes at any point in the campaign. But clearly they’re only talking about firing kilns and firing in goals for the moment. Not sending veiled threats to their manager just yet. Clearly…

What they really mean: "Watch your back, Sparky"

And one that speaks for itself...

An offering so great it has now seemingly been removed from the club's official YouTube channel.

(The authors are a part of agency Imagination, UK. This article first appeared on www.marketingmagazine.co.uk)