The computing major is looking beyond PCs, large cities, and traditional computing usage as it looks to grow. Shailendra Katyal, director, marketing, Lenovo, reveals the plan to Raahil Chopra. 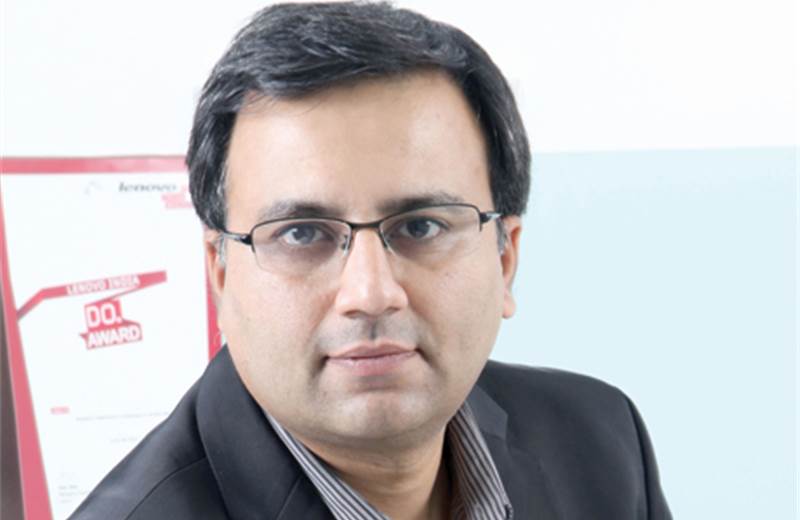 Given the number of different products available, has the PC market in India taken a hit? Do you see any shift in the buying pattern of consumers?

In terms of purchase behaviour, we are not seeing any radical shift. There are new devices that are coming in like tablets and phones, but these are more like add-on devices. They are not impacting the growth of PCs negatively and are very under penetrated in any case. At a pan-India level, the PC category is witnessing only 11 per cent penetration. If the PC category could achieve 80 to 90 per cent penetration like it is in the Western world, then we could have possibly seen some impact. But as of now, both of these continue to grow in India.

Devices like tablets, phones and PCs are all currently growing as people are looking to get more devices. From having one device, people are looking to have five or six devices. Consumers are now exposed to multiple screens. They own a minimum of two to three phones, one or two tablets, a PC and so on. Globally, we call this a four-screen phenomenon. At the least, a consumer will have four screens in the house, including a PC, a tablet, a smart phone and a smart TV.

So, we’re doing a phased launch of these products. We recently launched tablets and mobile phones in India. In China we already have a smart TV range. In the long term, consumers will need more devices that are connected through a common cloud. That way devices can become thinner and lighter and they can instead access a cloud for storage from anywhere.

We are seeing a lot of growth in the PC category because of the low penetration of computing devices. The branded space is growing faster than the unbranded space because people are moving away from the traditional white box desktops to branded laptops. Another segment that is seeing a lot of growth is our sleek all-in-one device. So while the category is growing, Lenovo as a brand is also gaining market share.

Please share the split in sales for Lenovo India between laptops, desktops and the new launches?

Currently, laptops are the flagship for product for Lenovo. 95 per cent of our current sales come from PCs and the remaining comes from tablets and phones. Within that 95 per cent, about 75 per cent of our sales come from laptops. Even within desktops, we have an all-in-one PC which gives us our maximum sales. We actually don’t play in the traditional desktop space, because that’s a price warrior game.

Tablets and phones are a very new story for us and were launched only in November last year. So they are still small. But if I have to make a prediction for the next three years, we will see revenue split of 50 per cent from PCs and 50 per cent from other devices.

How has the web changed the consumer’s decision-making process? Has online research and buying offline been a trend? How big are online sales?

When we judge this for the entire country it becomes difficult to answer. If you look at the big cities, the web has made a difference to consumer decision-making as there’s a high PC penetration here. They know how to make technological decisions. They are buying their second or third PC. So the refresh market does see a lot of research online and in some cases even purchases are made online. Research online and purchase offline is still the larger part of the behaviour with the e-commerce system not taken off in a big way in India. But, other than these markets, India is still primarily a first time buyers market. Here, word-of-mouth is the strongest medium. People seek references from someone who is using the technology. The channel influence and the retail influence are still very high. The person who is making a purchase is not comfortable making the decision alone, by doing research online and going to purchase it offline. So even if he has done some research, what he’s seen online and what he finally buys could be very different.

What about online sales?

We don’t have an online sales platform as it is not allowed by FDI. We sell through retailers. We are looking to launch our e-commerce platform with a partner since that is allowed. That should be launched in the next couple of months. Overall, category sales online is about 36,000 units, which is about 1.5 to 2 per cent.

How big are festive sales for a brand like Lenovo?

If you look at the buying behavior in India, for technology related products there are two periods of purchases. One is when people start school or college. This is bigger than the traditional festive sales period. Festive sales continue to be there, but if you look at the trend now, Diwali bonus has become a small per cent of your total salary. So nobody is saving money to purchase during these times. The bulk of our category sales come in the June-July period where one is moving from high school to college.

Tell us about the retail expansion plans?

Last year, the focus was more on productivity, as we had reached our 1,000 stores the year before that (2011). We expanded by 200 stores over the past year to reach 1,200 now. We are looking at expansion again next year and want to reach 2,000 stores.

What’s your advertising split between ATL and BTL? How has that changed?

Our BTL spends consists of our exclusive retail stores too. It’s not like FMCG advertising which can be segregated easily. Our ATL spends including TV, print and digital would make up 60 per cent while BTL comprising of retail, promo and channel marketing is 40 per cent.

Within paid advertising, how has digital grown?

Fifteen to 20 per cent of our overall ad spend is earmarked for digital depending on the quarter. With e-commerce coming in, I see this segment growing further in the near future.

Is there a measure of success of the ‘For those who do’ platform?

This was a very successful platform for us. If you look at the overall positioning in technology, there are a lot of players who are talking about this being a lifestyle purchase. So their communication was more around colours, fashion etc. We still understand that technology is used for application. When you buy a computer, you actually want to compute. It’s not about listening to songs or the looks of the computer. So our entire positioning was around people who use technology. It’s for serious users of technology. Our product strategy was also geared up for that.

It’s not that we don’t have colours or good looking machines, but what we talk about is more the product quality, with a longer lasting battery and the performance aspects. This positioning started for us about two years ago globally and it’s been very successful for us. When we do our brand trackers, we are a very close number two on brand preference. On market share in the consumer segment, we were number five (before the new positioning). Now we’re a very strong number two. The gap between us and number one is just a couple of percentage points. There are a lot of indicators that tell us the strategy is working. Years ago there was a perception of us being a lower end player. Now if you look at our pricing mix and product portfolio, we are in the mainstream market. The overall excitement level with youngsters has grown, as we are focusing on youth with our campaigns.

Tell us about your association with Ranbir Kapoor as Lenovo’s first brand ambassador?

About a year ago, we realised that a lot of growth was coming from the smaller towns. This was at a time when we had done very well in the metros. And we felt the need of grabbing attention and building awareness. We had 1,000 stores, most of which were in smaller cities. Media planning was going into more mass channels. That’s when we thought of bringing on a celebrity, as they help you cut through.

We’ve used Ranbir Kapoor more as a character and not as a star. He’s been a tool for our storytelling. Since our key TG is the youth, our association with Kapoor works well for all genders. We picked Kapoor from our shortlist of 10 celebrities. We have a two-year agreement with him. So there’s still one year left on his contract with us and we’ll be reviewing this at the end of the term.

Tell us about the idea behind the Lenovo-MTV CO:LAB and the response you have seen so far?

Crowdsourcing has become very big. It’s a global project. We have five countries participating in this. Youngsters don’t believe in boundaries and look at collaborating for projects. The brand positioning is about real doers. In the music and entertainment space, the application of technology has grown a lot. A lot of DJs use a laptop to mix music versus a traditional mixer. People are also using it for other entertainment purposes such as making movies and photography. We wanted to capture the real movement and so we launched this project. We work with MTV otherwise too. We have an association with them for their reality show Roadies and are also the primary sponsor for MTV Music Express. We’ve got 25 videos which are already available on the Indian site. The global number is pushing 100, so the response has been good.

A year ago, we had launched another initiative, called the ‘do network’. This was a social campaign which looked at how people can solve problems like traffic jams, electricity shortage et al. We got a fantastic response to that last year. So this year, we thought since we’ve done the serious stuff, we’ll take music and entertainment as our media. Our channel partner last year was NDTV. Ranbir Kapoor as brand ambassador in 2012 Lenovo's The Do Network' in association with NDTV 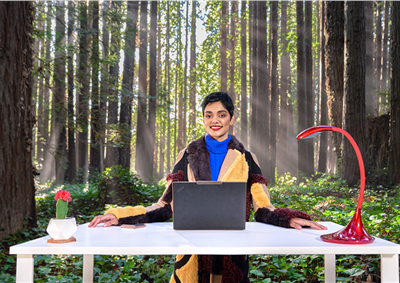 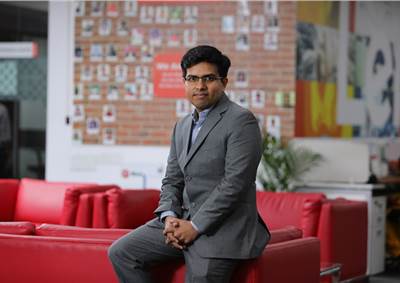