Scroll down to see the fresh batch of films for the day. 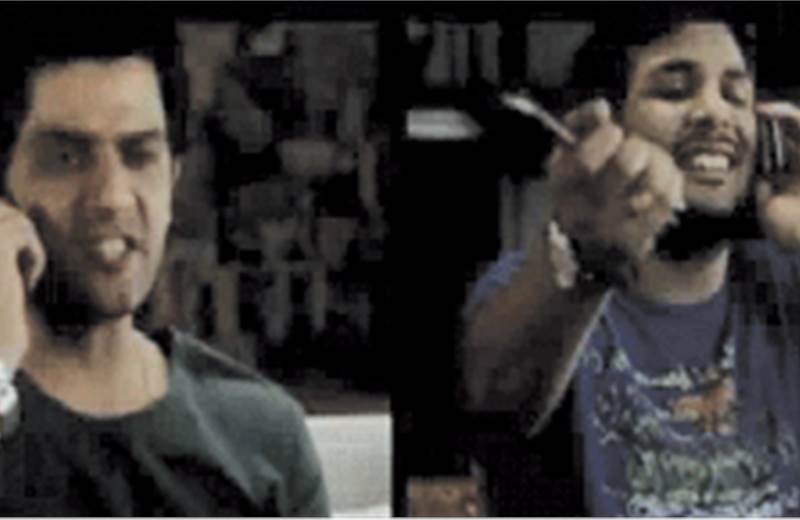 Scroll down to see the fresh batch of films for the day.

Said Prasad Narasimhan, chief marketing officer, Virgin Mobile India, "The Indian Panga League is our initiative to connect to the youth of India and provide them an exciting opportunity to join the cricket frenzy. With the launch of indianpangaleague.in, our digital initiatives take another leap in engaging with youth giving them an opportunity to support their favourite teams and take friendly banters with fans of other teams."

Comprising 100+ digital films that have been scripted by Bates 141 and produced by Curious Films, the campaign showcases banter amidst friends across various cities and, thus, supporting different IPL teams. The Indian Panga League campaign, besides having its own micro site, has links across social media sites like Facebook, Orkut, Twitter and YouTube. "Every IPL match lasts 3.5 hours and an ad not more than 45 seconds. Even IPL as a tournament has recognised the power of digital and that's why there's a separate feed for it on Youtube," said Sandeep Pathak, CEO, Bates 141. "Our target audience interacts with the game and the subject of cricket around it, much beyond television and they are most comfortable doing it online. We wanted the campaign to have a life beyond OTS's and GRPs, we wanted to engage the youth and make them participate and get involved in the campaign and give them an opportunity to create their own pangas."

He further added, "We have developed what will be probably one of the largest and one of its kind digital content and are confident that this campaign will become the new benchmark in digital marketing space."

The web page has been designed by bcWebwise and the campaign is being driven by Mindshare Interactive and Watblog.

Pathak shares that each film was shot on a budget "less than that of a radio spot's". "Each film was shot using two Canon DSLR cameras (equipped with video capture) which shot both people simultaneously over a Live telephonic call made over Virgin Mobile. So technically, these films haven't been edited to facilitate the split-screen set-up."

What's more, Curious Films auditioned over 400 people to eventually select eight people - each representing an IPL team - to feature in the campaign.

"The campaign, while being ‘hatke’ – it being a digital-only campaign, also pushes the new layer of positioning that Virgin Mobile has adopted for its GSM service: "Doston ka network (network of friends)”. Explained Sonal Dabral, regional creative director, Bates141, "The closer the friends the more Panga they take with each other. IPL and its fans and all the passion that goes with it provided the perfect platform for this campaign. Virgin Mobile is a quirky, fun and innovative brand. The very idea of two friends residing in two different cities talking passionately about their own teams on their mobile phones while vociferously abusing the others' is a great connect between IPL and Virgin Mobile. The concept is exactly what the brand is. Quirky, fun, innovative and always provocatively walking the edge. This is the reason why it has the potential of not only standing out in the clutter of IPL advertising but will also hopefully become a big viral success over time."

The campaign has one unique character per team and these, according to Dabral, have the capability to grow and have independent personalities year after year.

Within a week of the launch, according to company’s figures, the campaign has witnessed 39,480 Youtube views; 1,643 Facebook fans and 50,000 mentions on Twitter. There have been 1,10,000 hits on the website in the last five days.

Call Me Back Sachin - Rajasthan vs Mumbai

Team not get runs -Delhi vs Rajasthan

Warne ya Warn ? - Delhi vs Rajasthan

Fire In The Belly - Punjab vs Hyderabad

Too Much Biryani - Punjab vs Hyderabad

Mumbai players go out of gas -Delhi vs Mumbai

I told you not to talk about Dada! - Kolkata vs Hyderabad

Yuvraj is a player - Delhi vs Punjab- Indian Panga League

Harbhajan ya Bhajan - Mumbai vs Rajasthan

Only god can save your team - Hyderabad vs Chennai

Tom is Moody - Delhi vs Punjab

WATCH the first ten films below. Campaign India will bring you a new set of ten films everyday over the next few days.

Chennai v/s Hyderabad: How much do you charge?